Does Knights of Sidonia have anything to do with the Muse song by a similar name?

The Muse song "Knights of Cydonia" is awfully similar in title to the anime series "Knights of Sidonia".

This seems like a very unlikely coincidence as I haven't ever come across the name Sidonia in a normal context and it seems a made-up name for a location.

Is there more to this seemingly coincidental similarity of names?

Cydonia is actually a region on Mars - the name derives from here and is not actually made up. Sidonia seems to be an alternative spelling for this.

As for the "knights" bit, the region is best known for the face-shaped landmarks that were discovered by the Viking Orbitors, It is very likely the "Knights" refer to these faces, which strike a resemblance to tapestry and stained glass depictions of medieval knights: 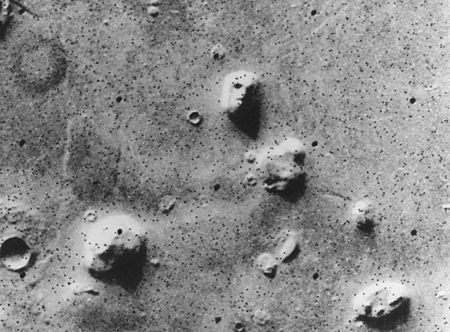 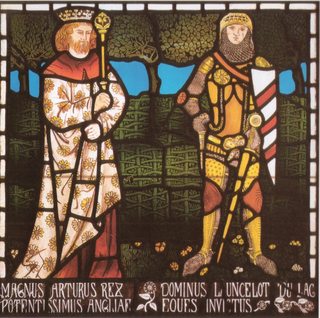 Some commentators, most notably Richard C. Hoagland, believe the "Face on Mars" to be evidence of a long-lost Martian civilization along with other features they believe are present, such as apparent pyramids, which they argue are part of a ruined city.

The region has been featured in more than these two mediums and in fact has inspired episodes of the X-Files, Final Fantasy IV, Invader Zim and more.

There doesn't appear to be a connection to the two works apart from the names, which may have differing spelling to avoid lawyer conflicts, for search engine & catalogue uniqueness, because of mistranslation, or a variety of other reasons.

One thing to consider is that the original Japanese title is "Sidonia no Kishi" (シドニアの騎士), which doesn't suggest a connection so clearly.

Nihei's past series have had English titles (Blame!, BioMega), so I think if he wanted to reference the song he'd use English for the original title. I think it's just a coincidence that it's so similar to the song's name, once translated into English.

While I do not believe that the reference to the Muse song is apparent, as a former poster had already stated, it is very likely that the name for the series is a reference to the sector of Mars rather than the ancient Cretan city-state by which the sector was named after. Due to the transliteration of Cydonia in Japanese as シドンイア and then transliterating it back into English as "Sidonia," the apparent similarities become lost.

Not the answer you're looking for? Browse other questions tagged knights-of-sidonia or ask your own question.

4
How much of the manga does the Knights of Sidonia anime cover?
6
Does Sidonia no Kishi's 256 frame formation have scientific advantages?
8
Trouble following Akai squad vs Gauna 487