Is there any reliable source that explains the Tsugumi Ohba-Hiroshi Gamo pen name?

It is said in some sites (including Wikipedia) that based on some cross-references the Bakuman and Death Note, the author, Tsugumi Ohba, is actually a pen name, and his real name is Hiroshi Gamo, another 50-year-old mangaka that was some kind of one-hit-wonder in the 90's.

I couldn't find any reliable source for verifying this, does someone know if this is true from some source (interviews, press...)?

These are still just rumors and speculation.

The most notable are in Death Note and Bakuman.

In Death Note, the seminar Light goes to is called "Gamo Seminar": 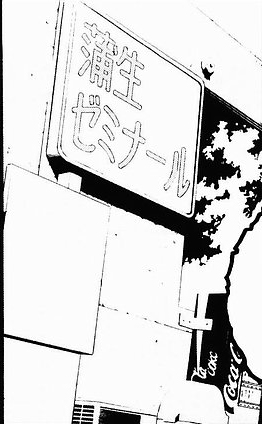 In Bakuman, there is reference to a series called Super Hero Legend. Not only is the concept similar, but even the drawings of this are very clear references to the art style of Hiroshi Gamo's 1993 work Tottemo! Luckyman.

Not the answer you're looking for? Browse other questions tagged mangaka death-note bakuman or ask your own question.

5
Were there any parts of the manga that were skipped in the anime?
7
Are there any female mangaka pretending to be a male?
7
Do any of the manga from Bakuman exist in real life?
0
Do manga publishers accept mangas from multiple artists under one pen-name?
8
Is there any biographical information available about Yoshihisa Tagami creator of Grey?
7
Are there any new/conflicting rules in the Death Note Movies?
5
How is it that non reliable mangakas get work again and again?
1
Are there any reasons why Light killed the FBI agent?