Can a Devil Fruit user drown in a bathtub?

If a Devil Fruit user goes to a bathtub full of water or gets into a spa, will he drown?

From what we have seen previously it doesn't seem so. 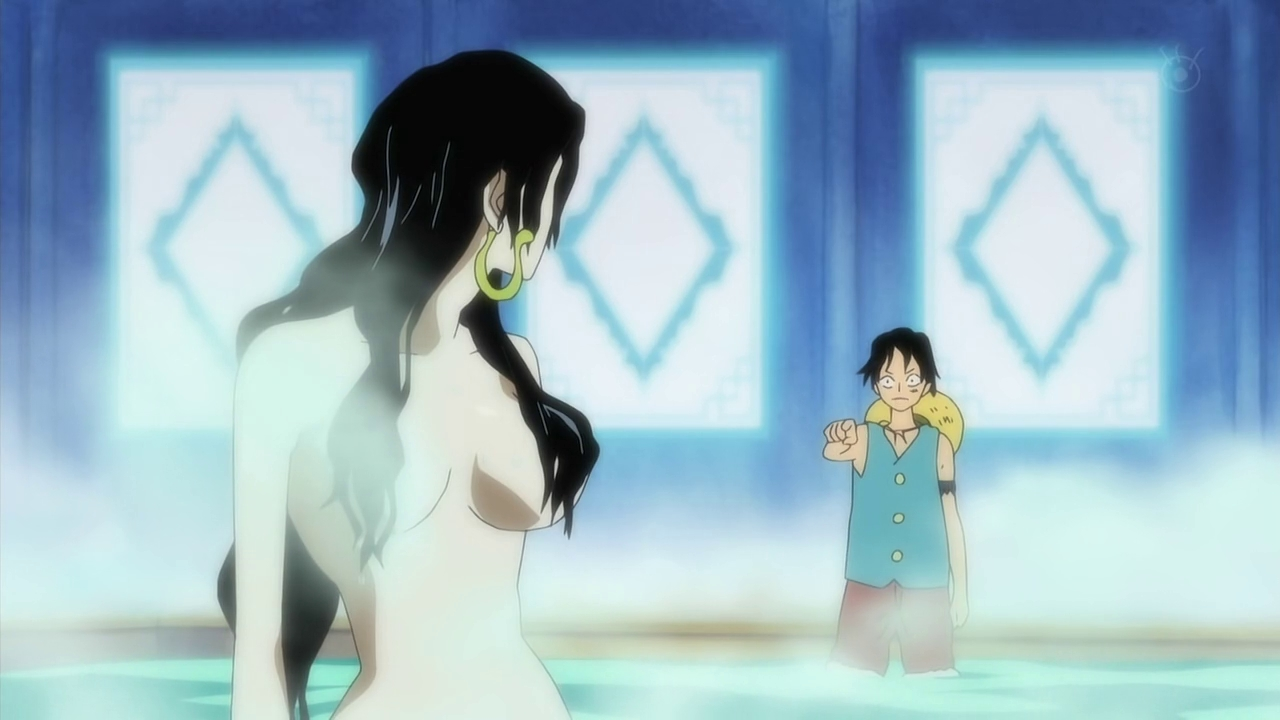 So, straight from the wikia on Devil Fruit :

With this new power comes a weakness: the sea rejects the new Devil Fruit user and they become helpless while submerged in water (or "become a hammer," in Japanese parlance). Oda stated in SBS that Devil Fruit users are susceptible to all types of water, not just seawater. This includes the white sea surrounding Skypiea. He elaborated on this, saying that "moving" water, like rain or waves, does not weaken Devil Fruit users, while standing water does.

Oda also said in an SBS that it is not until a Devil Fruit user is knee deep in water that they become immobilized. This is seen with the Gorgon sisters and Luffy in Boa Hancock's bath. Brook was also seen slowly losing his strength as the water levels increased in the floods in Ryugu Palace, demonstrating that being in contact with the sea does not instantly rob their strength unless it reaches a certain level.

So, it really depends upon the depth of spa or water tub. And since they lose the ability to swim they will eventually drown if the water is deep enough.

Coming into contact with sea water (or seastone) renders devil fruit users unable to use their power, and also they are unable to swim at all. Hence why they will sink if thrown into the sea - cannot either swim or use any powers to escape.

But as for bath tubs or spa, its not like normal users go swimming in them either. Someone could probably knock out Luffy easily when he's standing in a spa (since his rubber nature is negated) and then he'd die when his body slipped into the water due to drowning. But otherwise I believe devil fruit users could use spa normally even if it was salty water, so long as they are able to breathe normally.

A very nice description is given on the One Piece wikia , it says it depends on the level of water, they don't completely immobilize if the water is only knee deep . But their powers are affected that is they can't use their powers in any form of water . Obviously if the bath tub is deep enough they can drown .

Their powers when in water can be manipulated by outside forces as in we saw during Arlong Park arc that Nojiko and Genzo pull Luffy by stretching his neck .

Like some of the other answers said: no. Small amounts of water are fine.

If you think about the sea stone and the similar effect it has on devil fruit users, I think it's safe to assume that the water itself is not the problem, but rather the sea element of the water. Rivers, oceans. etc are deadly for this reason, but other water sources like drinking water, rain, etc are fine.

Any type of water will affect a Devil Fruit users if they're submerged in it, including the cloud sea. But you need to be submerged in it for it to have an effect. So something like Luffy standing in waist-high water (like when he crashes in on Boa Hancock) isn't a problem. But if it gets higher than that, then it starts to effect them and drains their powers and keeps them from moving. And since you can't move, you can't swim.

So as long as you're careful about it, you won't drown. But if they fall in and nobody's around to help you, then you're screwed unless you're a fishman like Mammoth Jack. Then, you'd be able to breathe underwater until eventually someone hopefully stumbled onto you and pulled you out. You still wouldn't be able to swim, but you at least won't drown if you're a fishman, so that's something.

Anyways, it's a risk. Which is why Oda mentioned in an SBS that most Devil Fruit users just take showers since, unlike standing bodies of water, showers or rain don't affect Devil Fruit users and there's no chance of you drowning.

TLDR: They won't drown unless they're at least submerged up to their chest and there's nobody around to pull them back out.

No they won't drown because its not "sea water". Sea power basically sucks all their devil fruit power away and considering the amount of water in a bathtub, they won't drown even if it is full of sea water.

I have always thought it referred to the Bible verse Luke 17:2 "It would be better for them to be thrown into the sea with a millstone tied around their neck than to cause one of these little ones to stumble." The millstone is sometimes restated as an anchor and isn't the devil fruit supposedly giving super powers because of a demon inside them? The devil fruits weakness would be better viewed as an anchor that is pulling the user down and that is why it makes them feel weak and unable to swim. That's why it normally only effects the user when it is in more than knee deep of water versus rain, it is literally trying to drown the user. Just my thought on the matter.