Why isn't Lust covering up her tattoo?

In one of the early chapters of Fullmetal Alchemist (chapter 8 I believe), when Edward and Alphonse go with Armstrong back to Resembool for repairs, we see Lust on the same train. 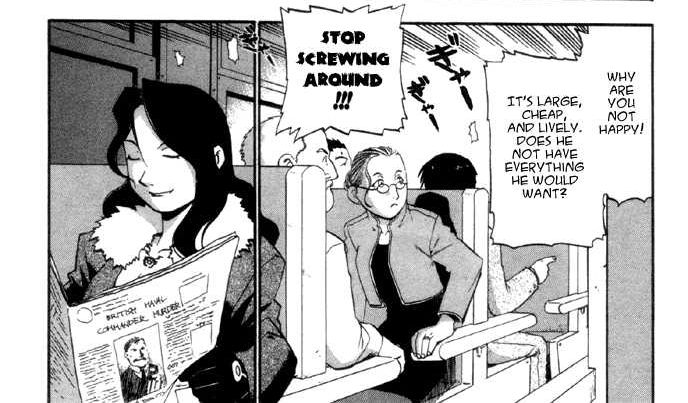 Here, her tattoo isn't covered up, unlike later in chapter 34 when she meets with Havoc on a date. 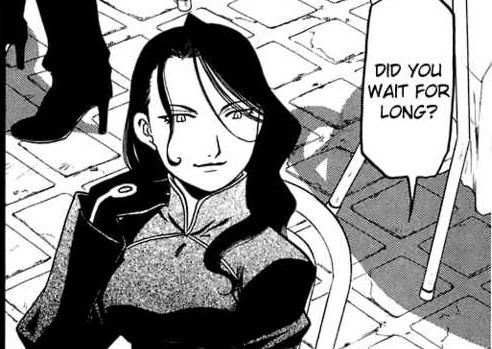 The second image is from the end of chapter 34. This is after Hawkeye runs into Barry the Chopper, and after Mustang has started his investigation into the higher ups (which is shown in the same chapter). Envy is also shown tracking down Mustang's activities in that chapter, but this is before Edward tells Breda about what he knows from Laboratory 5.

This seems to imply that she covers up her tattoo to look more "normal" in public, but if that's the case, why wouldn't she be covering up the tattoo earlier? Or is the assumption that she covers up in public not correct? (Thinking back on it, it alos might be relevant that the tattoo isn't that large - which isn't a detail I currently remember - and therefore suspicious-looking to someone who doesn't know).

EDIT: I don't think Mustang's team knows about the homunculi specifically at this point in this. Although they have detained Barry the Chopper and so know something is up with the philosopher's stones, I remember Alphonse mentioning the homunculi's existence right before the section where Lust is killed, and Mustang being shocked by the revelation (at least in Brotherhood, where he proceeded to lose control of his driving).

I've only seen the original anime, so I might have a wrong idea about her personality (and thus motives). My first guess is that on the train, she's just in the general public and has no reason to cover it up (not to mention the outfit looks like it shows some cleavage, which might be helpful and seems to be in line with her personality) while for the date she covers up to hide the mark from the military who may or may not know about it. Even if they don't, it's definitely an interesting mark that would draw attention.

Because in chapter 8 nobody know her and her job was just "follow" at distance. She's not showing her self to anybody. In chapter 34 she must talk face to face to Havoc, who is part of the investigation about homunculi. It's too risky let him see her tattoo. Two totally diferent situation with absolutely diferent kind of risk.

15
Why does Major Armstrong sparkle?
7
Where did Scar's other tattoo come from?
10
Why not simply "Metal Alchemist"?
7
Why does connecting an automail hurt?
7
Why did Julia lose her leg?
12
Where is Pride's Homunculus tattoo?
16
Why did Edward not wear a uniform?
13
Why was Mustang's vision restored, when Izumi Curtis didn't get her organs back?
6
Why is gold important to Amestris' economy?
4
Why is Al's armor so big?