Did Rogue and Gajeel ever meet before the Tournament? 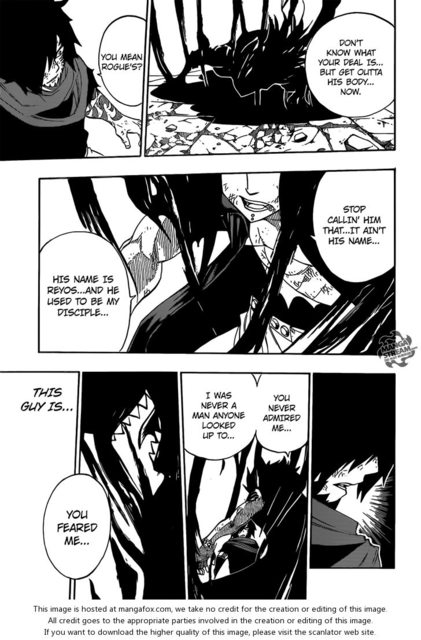 So what's the deal between them? I thought Rogue only adored/feared Gajeel from the shadows (pun not intended). So how did he know his real name?

In episode 13 of Fairy Tail (2014) Gajeel implies that he was a mentor to Rogue. The fact that he knew the name Reyos proves that Gajeel knew about him while in Phantom Lord. Gajeel says that Rogue was his disciple. According to the Fairy Tail wiki, Rogue is also Gajeels sworn younger brother but the wiki doesn't say how it got this info about the brother.

At some point in time, Gajeel joined Phantom Lord. During his time in Phantom Lord, a young man named Rogue Cheney, known as Ryos, was Gajeel's sworn younger brother.

This could possibly be so due to Gajeels ability to absorb Rouge's shadows. If Rouge was his disciple/brother, he was around he for an amount of time where he adapted to his magic.

I think Rouge is Gajeel's younger brother since there is no other explanation I can think of. As we all know, when Gajeel was in Phantom Lord, he was feared so much. Therefore, he is respected but never admired.

14
Why can't Natsu and Gajeel go through Freed's runes?
2
Why did Lucy of future not know of the solution she wrote?
2
Is it possible for Lucy to meet Aquarius again, or did she die/get sacrificed?
7
What are the processes involved betwen job submission and rewards?
0
Who are Rogue and Sting and when were they first revealed?
0
Why did Sting and Rogue kill their father dragons?
0
How old were Sting and Rogue relative to the other Dragon Slayers at this key point in the timeline?
2
Did Lucy Heartfilia and Zeref meet before the Eclipse Gate arc?
0
Timeline misunderstanding in Fairy Tail