Why was the American flag censored in Excel Saga?

I have searched all over for an answer to this and there doesn't seem to be a satisfactory answer to me. One theory says that it's a light offensive joke aimed at Americans, a subtle way of calling us dicks because of how it's usually only offensive material that are censored on TV. Another theory says that it's actually to not offend Americans, since they couldn't render all the stars or that it might not be displayed appropriately. I'm not so sure I'm convinced with that since Excel Saga's main audience is not American, at least, I don't think it is.

Why was the American flag censored in episode 17 of Excel Saga? Have there been other instances where national flags are censored or is there some sort of regulation to censor flags that they must follow? 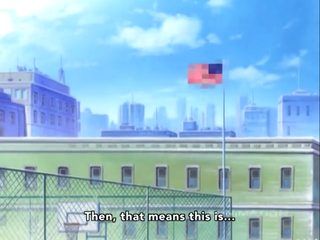 It was likely a joke. It's much the same as when people from Japan censor Mickey Mouse in ways you can obviously tell it's still Mickey Mouse, partially I'm sure as a joke on America's strict copyright laws (Japan allows doujinshi, which as far as I know never get attacked on copyright grounds).

Not the answer you're looking for? Browse other questions tagged excel-saga or ask your own question.

2
What are the differences between the manga and anime versions of Excel Saga?