Translation for the ability graph

During each advertisment break, they display a graph for a stand-user. Unfortunately, some sub-groups don't translate it, and I can't understand what is written there except for the "speed" that is written with Katakana.

Can you please translate it? 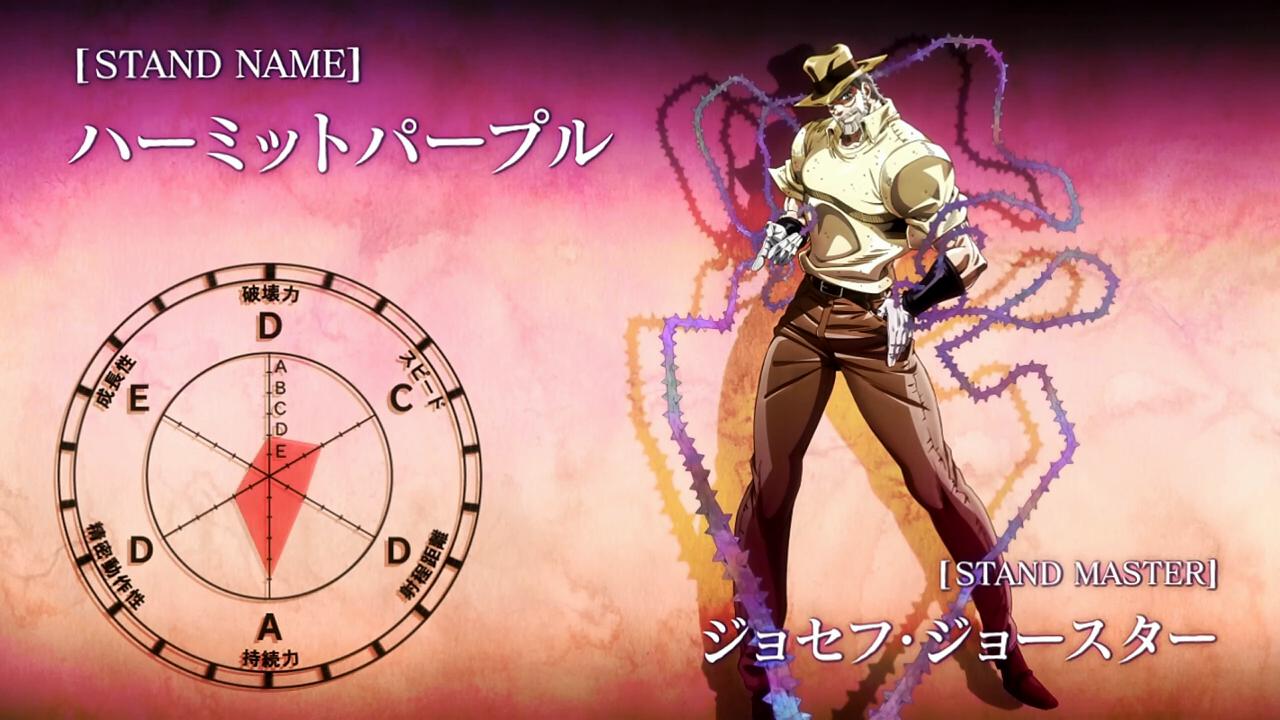 As my original comment suggested it is indeed a chart of power levels in certain points. The red marking stands for the power division, and it is graded accordingly with a A = Best E= lowest and anything in between.

After a short search I managed to find this image which includes the same stats system on the jojo wiki page, including the translation which is as following (The power levels included are for this card and not for the one you shown in your picture)

Stats are listed clockwise starting from the top 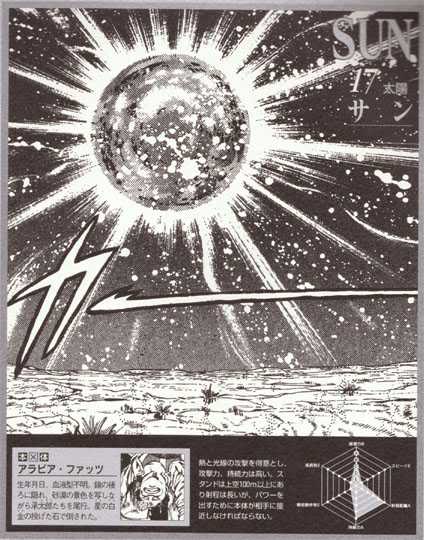 According to Dimitri's answer, the translations go as I added them to the image below. 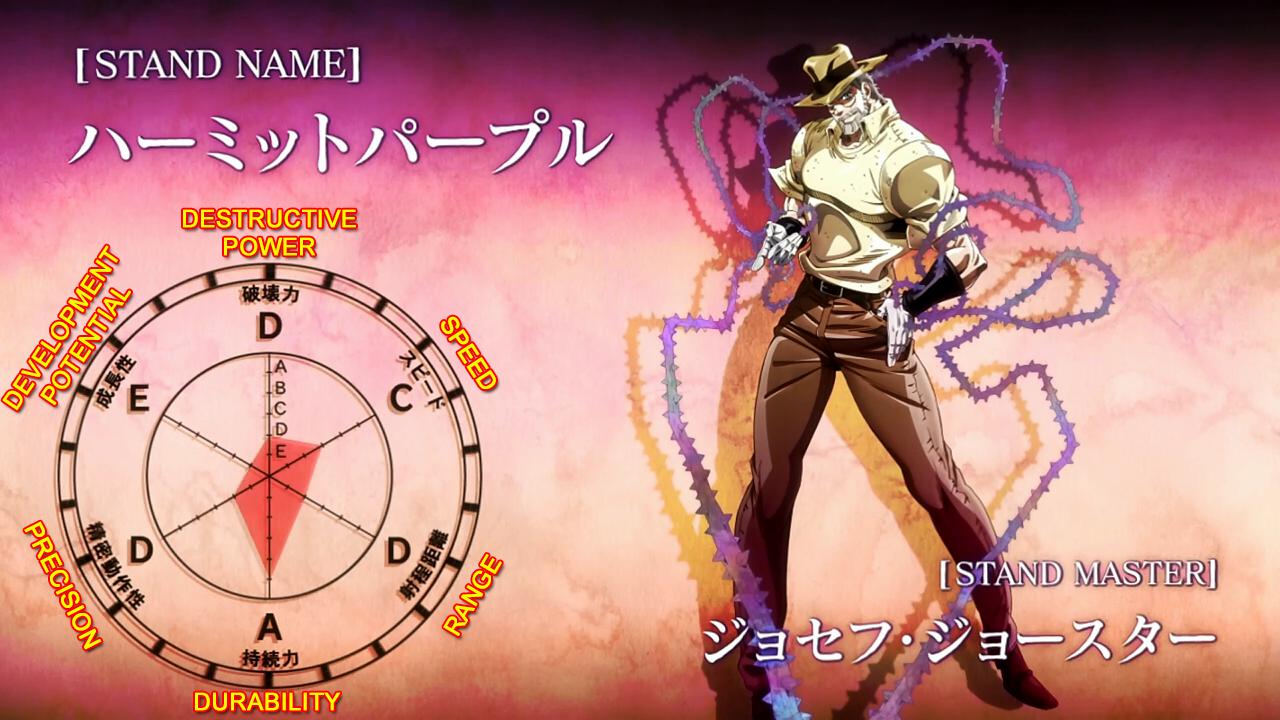 The letters are the way it grades the Stand according to the stat. The translated text is what determined what the stat is.

The stat at the bottom is the Stands ability. Abilities are something like; Magician Red's fire, Hierophant Greens possession, and (spoiler alert!) Star Platinum's time stop. Hermit Purple's stat in that category is high because of its ability to reveal other stand users and make superhuman observations.

Attacking a Stand just hurts the user. Durability is never really brought up as something that a Stand can have since the durability is simply based on the user. I have no idea if there is a Stand with armor so basing a stat on that instead of ability just seems like a mistranslation to me.

25
What is the order of the JoJo anime series?
11
How did Dio Brando survive the ship sinking?
5
Will playing “Eyes of Heaven” without reading the manga spoil the player majorly?
2
How does Star Platinum get the same ability as the World?
5
What is the connection between Stands and Ripple Energy?
4
What's the purpose of “torture dance” in Golden Wind?
0
How does Sticky Fingers' ability work toward Pesci in Golden Wind?
3
Why did the stand “Notorious B.I.G” change to “Notorius Chase” in the anime?
2
What are the limits of Heaven's Door?
1
Is Dio's The World actually allowing him to move at the speed of light?