Why does Ganta have hexagons around his blast?

In Deadman Wonderland, Ganta first has hexagons around his blast when the ball falls from the tower and is about to crush him. Later he gets it again when fighting and protecting Shiro. 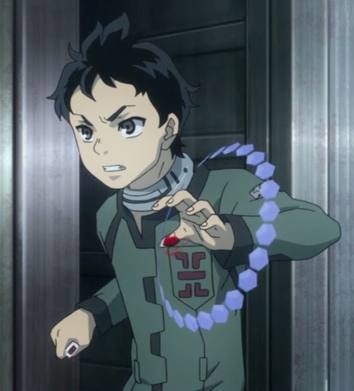 The only other person who I know can do this is the Wretched Egg. So why is Ganta able to do it and have a lot more power behind his shot?

This isn't really explained in the show. As you can see, in the image below, the Branch of Sins manifestation is based on the power of the user. 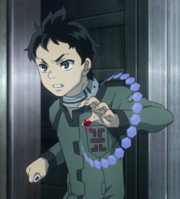 However, if we take Episode 1 into consideration, we can see that Wretched Egg attacks Ganta and kills off his class mates. This is also what seems to be when Ganta should be receiving his powers. In that case, since Wretched Egg's powers have the hexagonal patterns around his/her abilities, then this would explain why Ganta has the same design, since Ganta got his abilities from Wretched Egg.

8
How does Shiro get into the Deadman Wonderland?
4
Why is their power called the “Branch of Sin”?
2
In Deadman Wonderland, is the Red Man is supposed to be Ganta's childhood hero, Ace Man?
5
Why can Owl speak?
2
Why and how did Shiro kill Ganta's classmates?