What would happen if Doflamingo's Fakes touches water? Are they proofed against water?

In the Chapter 752, Doflamingo appears as a "Fake" Doflamingo 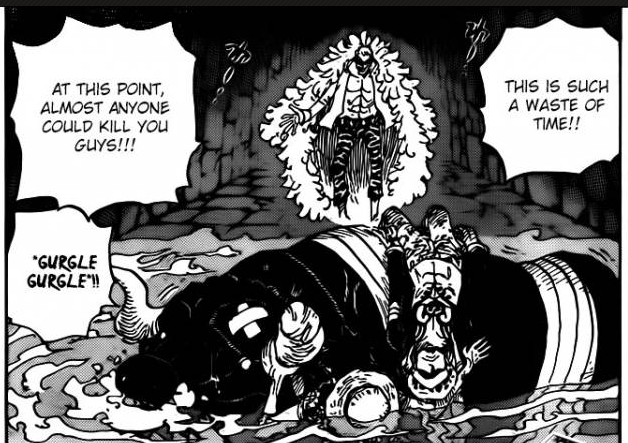 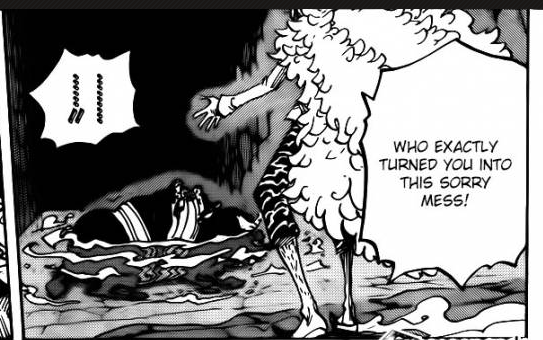 At least for Paramacia the sea only affects the user and not the effects of the fruit. Example: Luffy's neck was still stretchable after being submerged in water during the Arlong Arc, while Luffy himself was not able to move. Vander Decken IX's tracking ability worked even while it went underwater, as well as Whitebeard's earthquake fruit got transmuted through the sea to the ocean floor.

So as long as Doflamingo's not in the water himself his powers or extension thereof shouldnt be affected.

@Rajven What is the basis for this? His clone could have ended due to the attack it sustained from the other revolters.

We see in the manga Devil's Fruit powers emanations that falls in the see, have effect and then disappear much or less slowly. The string clone'd encounter the same end in the water.

Paramecia is one of the three Devil Fruit types. These fruits give the users a power that can affect their body, manipulate the environment, or produce substances.

There are three different types of Paramecia, and Doflamingo seems to be the third type. He can produce strings, rather than his body being made of strings. We have clearly see him get hurt and bleed and additionally have we seen strings separated from his body, still being intact (eg: birdcage). The strings that he produces come out of his body and are thus not part of it any more. He can manipulate their shape and structure, and he can use his parasite technique to make them move, but they are just strings and nothing more.

Proof that they are indeed separate and do not affect him, has been given in chapter 787.

When Franky and the Tontatta try to push back the birdcage with the seastone factory, the strings are basically touching seastone, yet we don't see them nor Doflamingo get any weaker. So whether it be the birdcage or the string clones he makes, regardless of them being touched by water or seastone, they will not lose their power. 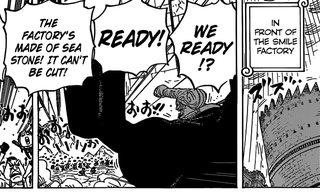 On a sidenote, it seems that this effect happens with every paramecia that produces things, except for Robin. I think, Robin would be affected if her hands touch the sea(stone). I'm basing this on the fact that she could be turned into a doll, by touching one of her limbs, while similarly it does not seem like Doflamgino would be turned into a doll if his cage or clone was touched.

4
What is the key for, Doflamingo is holding in chapter 752?
19
Does Sugar remember who she had turned into a toy?
3
Does Haki also eliminate Devil Fruit users' weakness against water?
1
Is it logical that Enel's power is ineffective against Luffy?
3
Do some Devil Fruits allow the user to swim in water?
3
Who is captain Jack?
2
Does water level determine the amount of power lost?
6
If Blackbeard removes your power do you regain the ability to swim?
3
Why did Caesar let Law in Punk Hazard?