Why do Kagura and Yomi from Ga-Rei show up in Tokyo ESP?

In the beginning of Tokyo ESP, Kagura is waiting for Yomi somewhere.
Is Tokyo ESP a continuation to Ga-Rei? 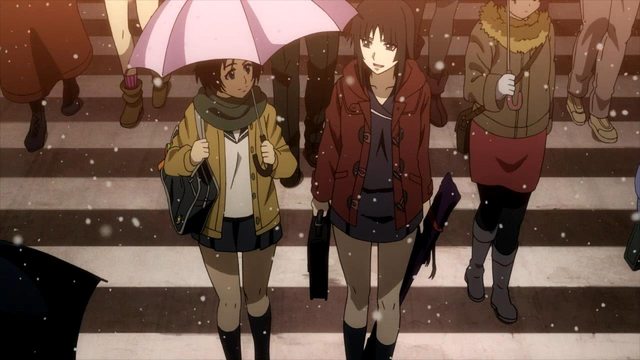 The comment by josephting got it mostly right. Ga-Rei and Tokyo ESP are both manga by Segawa Hajime (Ga-Rei: Zero also shares script writer Takayama Katsuhiko with the Tokyo ESP anime). Showing Kagura and Yomi (and later two other characters from Ga:Rei Zero) was likely intended as a throwback reference to Ga-Rei. I guess from a practical standpoint, it would serve to alert people who otherwise weren't paying attention to such things that they're by the same author.

However, Ga-Rei and Tokyo ESP are pretty clearly not in the same universe. It should be enough that the mangaka has never indicated anything to the contrary, but there are also in-universe reasons why they can't be. For obvious reasons, if it were, it would necessarily happen before Ga-Rei: Zero. But in the Ga-Rei universe, ordinary people weren't aware of all the supernatural phenomena. In fact, in the opening of the first episode, they order a media blackout as per "Section 3B of Form 12". In contrast, in Tokyo ESP, ESP users are generally known to the public well before the first episode (specifically, in chapter 12). In addition, the events of Tokyo ESP simply don't fit on the Ga-Rei timeline, since we know essentially the full backstory of the characters and there's nothing remotely like what happens in Tokyo ESP, nor do any ESP users show up anywhere in Ga-Rei. Barring some major retconning, we can safely say that these aren't the same universe.

In the manga, the scenes with characters from Ga-Rei don't happen. In fact, very little of what happened in episode 1 is in the manga at all. What did happen is in chapters 22 and 23. Kagura and Yomi haven't appeared at all in the manga as far as I've read (chapter 30). However, the series is no stranger to cameos. We'll certainly be seeing some of (spoilers) this guy and likely quite a few others. With that in mind, Ga-Rei cameos aren't particularly out of place here, but they won't be playing any big role.

bwninjabwninja
1
1
Add a comment  |
Highly active question. Earn 10 reputation (not counting the association bonus) in order to answer this question. The reputation requirement helps protect this question from spam and non-answer activity.

Not the answer you're looking for? Browse other questions tagged ga-rei tokyo-esp or ask your own question.

1
Why was a prequel made instead of an adaptation for Ga-Rei?
1
Why there are some American movie characters on the Tokyo ESP anime?