Is the Ship Spirit (klabautermann) based on any real legend?

In One Piece Chapter 254, Usopp saw someone that fix Going Merry, later in chapter 351, Franky told him that it actually a manifestation of a ship's soul. 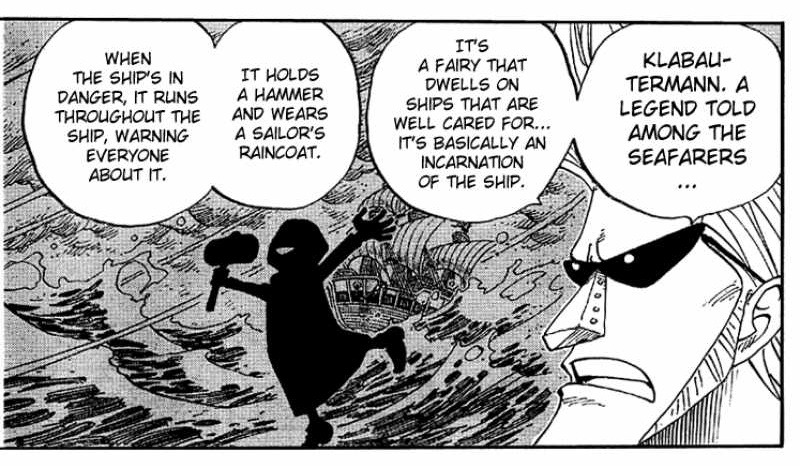 Is this based on any real legend?

Yes it is, Klabautermann in One Piece world described as a marine holding an hammer, the real story about Klabautermann is a small sailor in yellow with a tobacco pipe and woolen sailor's cap, and often wearing a caulking hammer. (source) 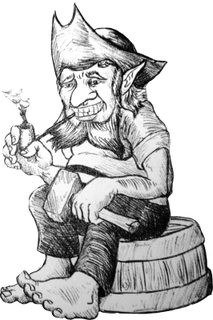 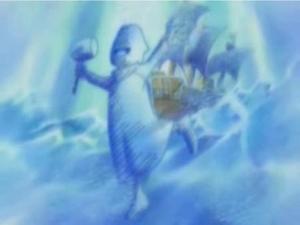 A Klabautermann often assists sailors and fishermen on the Baltic and North Sea in their duties, and he is known to be an expert of understanding most watercraft.

When Usopp first meeting with Klabautermann, he was fixing Going Merry and revert it to its original shape, not to the flying model when Going Merry got damaged.

Despite the positive attributes, there is one omen associated with his presence: no member of a ship blessed by his presence shall ever set eyes on him. He only ever becomes visible to the crew of a doomed ship.

Usopp saw Merry's spirit when it was already heavily damage, and the boat was beyond repair.

Soon enough, the boat sinking, and the spirit say goodbye to Luffy's crew.

Not the answer you're looking for? Browse other questions tagged one-piece culture .

6
Who is fixing the Going Merry?

5
Are these One Piece characters based on western children's story characters?
5
Why are the ship names suffixed with "Go"?
4
How come Zorro's slash become a fire?
5
Are any of these One PIece characters based on real people like this image suggests?
9
Who are the members of an early design of Luffy's crew?
4
What episode does this particular scene with a Takoyaki "song" occur?
5
Is the Harbinger of Spring based on a real Japanese legend?
6
Who is this man in the cover page of One Piece chapter 839?