What were Alluka's first three wishes from Killua (after reunion)?

It is stated that Alluka made 3 wishes, but I counted 4 of them. Which of the ones I counted is discarded? What are the 3 wishes exactly? 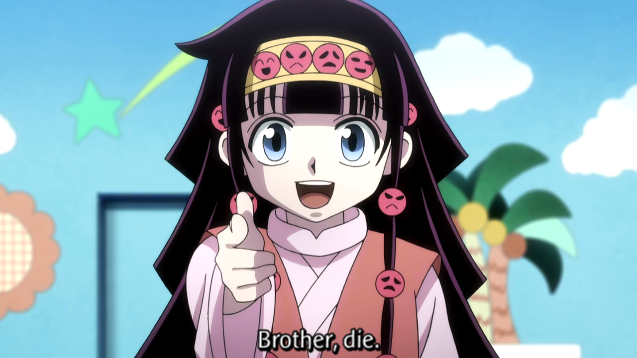 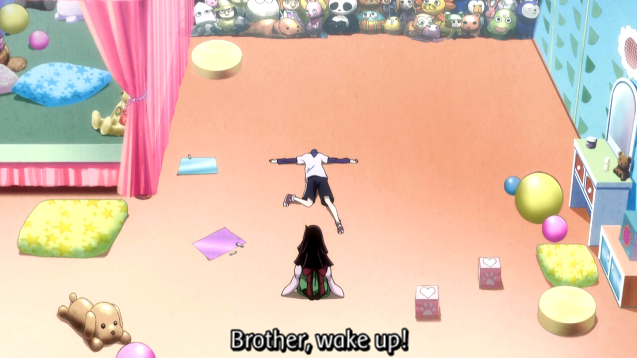 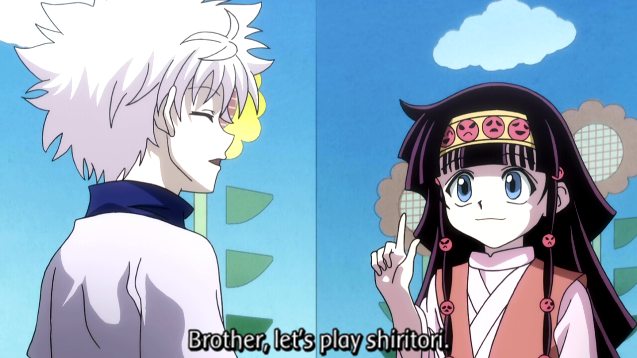 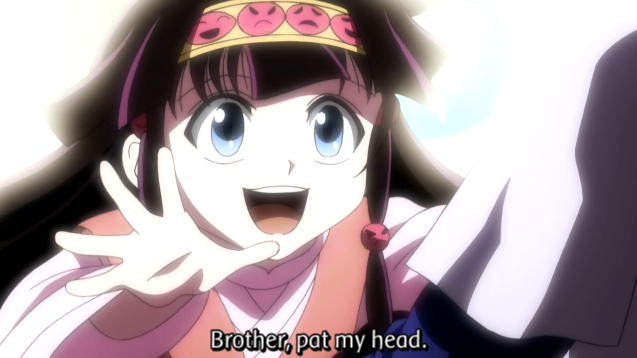 But they count the wishes as 3 only. 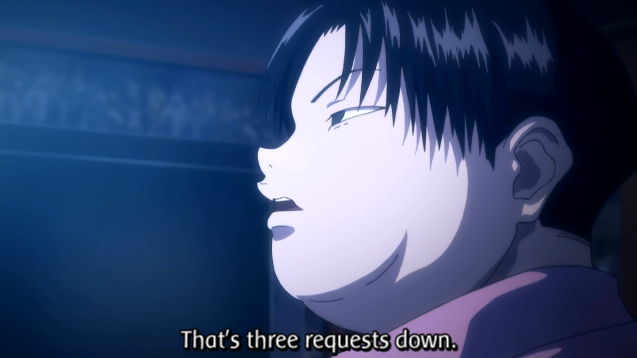 Remember that when Alluka requests something, she can't force it to happen. Like when they Alluka was a kid, and wanted something, she couldn't force the other person to do it. They simply fulfilled her request, whenever they could (except when Alluka's parents forbade them from doing so).

Killua and Alluka definitely played shiritori together, and when Alluka said "wake up," this was a request he fulfilled, since he was "sleeping". Lastly, we definitely saw Killua pat her head.

It seems that the family observed that Killua did not grant Alluka her request of, "Die." He simply said, "Okay, sure," pretended to die, and made her laugh in the process. But he did not actually do anything to harm himself. This allowed them to think that exactly three requests had been performed. 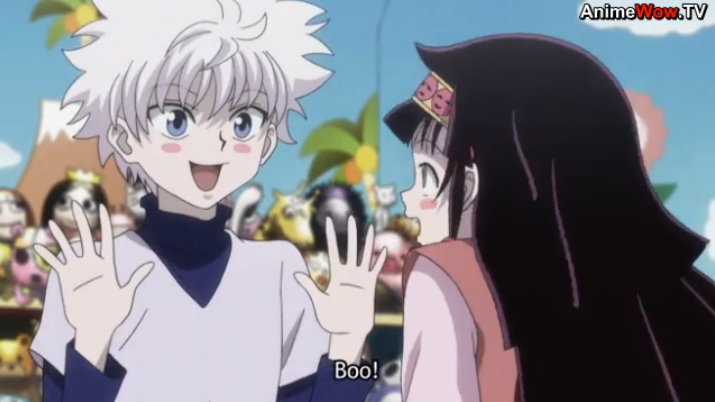 Note: In reality, the reason that the requests work this way is explained in a very convoluted and expository manner in episode 146.

From what I can understand, there is a difference between when Alluka makes a request and when Something makes a request. The two are different, and "wishes" can only be fulfilled by actualizing requests from Something. However, the initial "wish" we see Killua make is not a "wish", it's a "command", so it doesn't count as a wish. Confused? Good, me too. 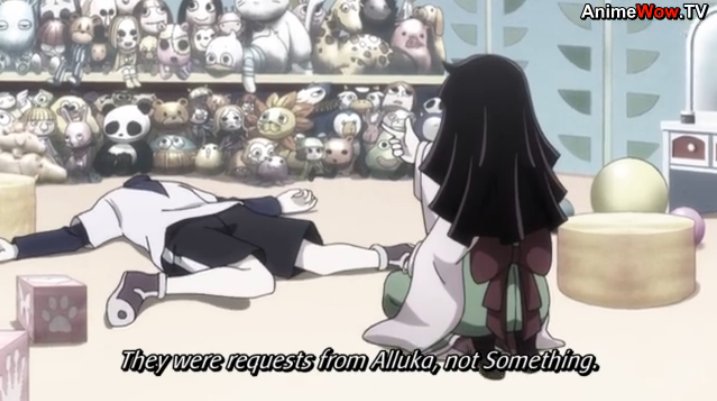 So in reality, since Killua was with Alluka, he was not in any danger of receiving requests. (I feel like this contradicts earlier flashbacks, but that's just a matter of Togashi's writing being, er... poor.)

However, since the original question is about why the Zoldyck family thought it was three requests, the above answer remains true. (Edited a small bit to reflect this.)

It is stated in the manga that Alluka is made of two different distinct personalities: Alluka, the normal girl, and Nanika, the wish granting one. Alluka comes up when Nanika is sleeping. Nanika sleeps after a) before she starts asking someone wishes after she's granted a wish, b) if the person she is asking wishes too leaves her sight before she can complete her wishes or c) after Nanika heals something and tires herself out. I think this would come under a), that this is still Alluka asking Killua to do things as a normal sibling would. Nanika's first wish, which could have come up at any moment is the fingernails that comes later on.

Therefore, how many of 'wishes' she asks during this scene does not matter. What does matter is how the watching family interprets them.

Killua didn't actually die when he was told to die, so that could be discarded. The second possibility is that the second 'wish' isn't a wish because in the Japanese manga it is said in a very different style to the other 'wishes'. It could be that if the Zoldycks were to realise that Alluka didn't want Killua to actually die, the second 'wish' of waking up could be thought of as an extension to playing dead.

Killua doesn't want his family to know that he can command Alluka, so pretends that the 'wishes' he has been set by Alluka are actual wishes from Nanika.

Of course, it could easily be a mistake on Togashi's part.

Both answer are pretty good but there are still some missing point. Killua explained in the later episodes that there are 2 things the family doesn't know, and the unknown will keep Killua from being control by his needle brother who will surely abuses the power/wishes from Nanika.

The second unknown from the family perspective is that Killua can issue "command" to Nanika with no constraints (later episode explain Nanika just want praise from Killua).

If his Needle brother does not fully know all the rules applied to Killua with regards to Nanika, its pointless to control Killua against his will. Hence, Killua has every reasons to misguide his family to keep the rules as secretive as he can.

From my understanding, regarding to why the family thinks there are 3 request from others seems to simply because they are not Killua. Then the awfulness of the request has to do the the nature of the last wish. Also Killua explained that Nanika never request awful things after healing (Nanika simply needs pat on the head and rests after any acts of healing).

Here are key points to notice from the moment that killua meets Alluka in the isolated room, to Nanika healing Tsubone's left hand.

28
What are the notable differences between Hunter x Hunter in 1999 vs 2011?
2
Is Prelude to Paradise the same song as one of Hunter x Hunter (2011)'s soundtrack?
5
Does it make sense that Knuckle has a mascot as an emitter?
4
Are the female appearing ants female?
11
Could Alluka completely heal Gon?
7
Why was Palm sent on the mission to see the king and his guards?
3
Do auras really have color and movement to them?
0
What Happend To Pokkle After Neferpitou Stuck Those Antennas In His Head