What Japanese animation was the first to be an international success?

Around 1910, I believe Japan started to experiment with animations and over a span of several decades anime became as we know it now. With hundreds of anime that became quite popular even outside of Japan, including off course the big shots such as One Piece and Naruto.

But which anime/ Japanese animation was the first to actually be successfully received outside of Japan? 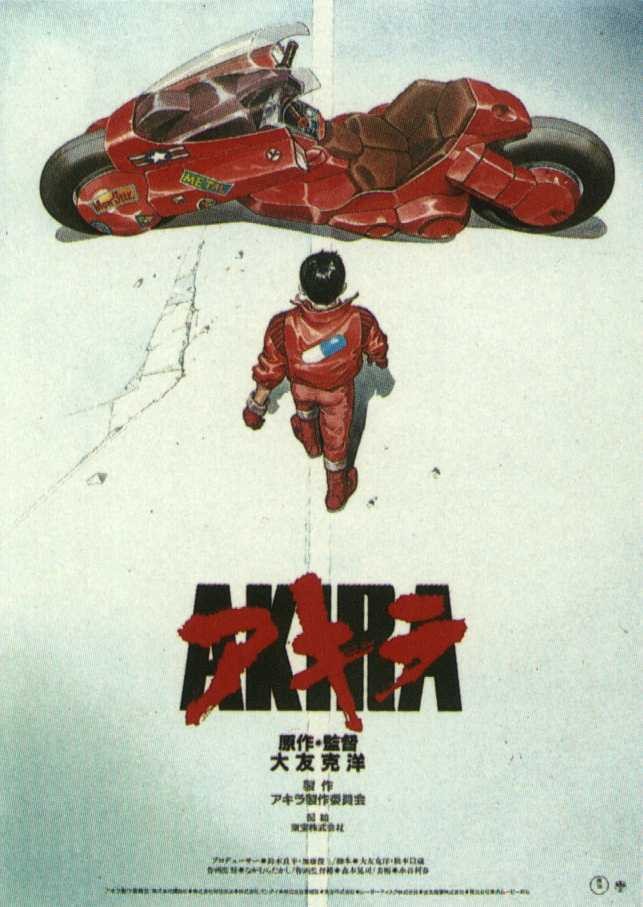 A good guess is probably Katsuhiro Otomo's Akira. It was released in 1988 and had a worldwide theatrical release in more than 10 countries and at least 9 languages.

The title has been regarded as one of the greatest animated movies of all time and prompted an increase in popularity of anime movies in the US and, generally, outside of Japan. It is still admired for its exceptional visuals. In Channel 4's 2005 poll of the 100 greatest cartoons of all time featuring both cartoon shows and cartoon movies,

The film led the way for the growth of popularity of anime outside of Japan. Akira is considered a forerunner of the second wave of anime fandom that began in the early 1990s and has gained a massive cult following since then. Akira has also been cited as a major influence on live-action films ranging from The Matrix to Chronicle.

Despite the failure of Akira in Japan, it brought with it a much larger international fan base for anime. When shown overseas, the film became a cult hit and, eventually, a symbol of the medium for the West.

There was some mention of Dragonball, but the first of those movies were released in 1986 and none of the first ones had international releases.

The oldest anime I found after some research is Astro Boy. It originated from Japan and started airing in the US on September 7, 1963. This is two months after Calimero, but Astro Boy is of Japanese origin, which Calimero is not. 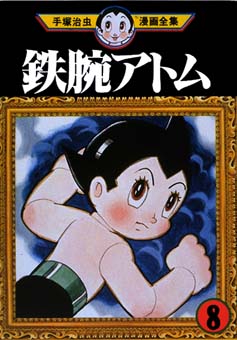 I first looked through the wikipedia page on History of anime and the first title, "Astro Boy" looked familiar. Therefore I started reading through the page and there it said

The manga was adapted into the first popular animated Japanese television series that embodied the aesthetic that later became familiar worldwide as anime.

After enjoying success both in Japan and abroad as the first anime to be broadcast overseas, Astro Boy was remade in the 1980s under the same name(s), and in 2003 as Astro Boy: Mighty Atom

First I clicked the 1959 TV series, which at that time was still called "Mighty Atom", but later changed to "Astro Boy". The 1959 series didn't seem to have been broadcasted abroad though. It was only from the 1963 TV series, that the name was changed to Astro Boy, after discussions between producer Fred Ladd and representatives from NBC. The first United States broadcast was on September 7, 1963, which was only 9 months after the first release on New Year's day in Japan. More on the episode list with respective release dates for both Japan and the US can be found here

The oldest anime I remember is Calimero. It originated from Italy and started airing in Italy on July 14, 1963. It later became an official anime in 1974. 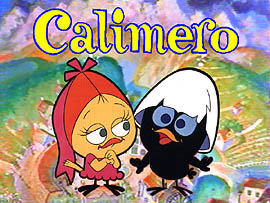 Calimero (カリメロ Karimero) is an Italian/Japanese cartoon about a charming, but hapless anthropomorphized cartoon chicken; the only black one in a family of yellow chickens. He wears half of his egg shell still on his head. Source: Wikipedia

Calimero is a small black bird who has a shell on his head; his dream is to fly like the other birds. When he tries to fly and screws up he is teased by the other birds, but his girlfriend Pricilla is there to cheer him up. Despite his appearance, he is quite smart and thinks up an idea to fly. Source: MyAnimeList

Calimero originally appeared on the Italian television show Carosello on July 14, 1963, and soon became a popular icon in Italy. Therefore it was originally an Italian animation, but the characters were later licensed in Japan as an anime series, twice. The first was made by Toei Animation and ran from October 15, 1974 to September 30, 1975, and the second, with new settings and characters, was made in 1992. Altogether, 99 Japanese episodes were made (47 in the 1974 Toei series, and 52 in the 1992 Toei series).

Calimero officially became an anime in 1974 and it had international (outside of Japan) success in Italy in the 60's and in the Netherlands, Belgium, Germany and Spain in the 80's, so I would consider this to be the oldest anime I know of which was an international success.

The first series was also broadcast on European networks such as TROS (Netherlands and Belgium), ZDF and RTL II (Germany) or TVE (Spain).

7
Which Japanese animation was the first to be banned and where?