What exactly is a "Light Novel"?

I am only familiar with this term when I know about the anime.

Sometimes I read light novels on the internet but I never see the book myself. How is a light novel different from a regular novel? Except for light novels being... light, are there any other differences?

And usually I see the cover done in a manga-style drawing:

I tried to search "Light novel cover" and the result is as expected: 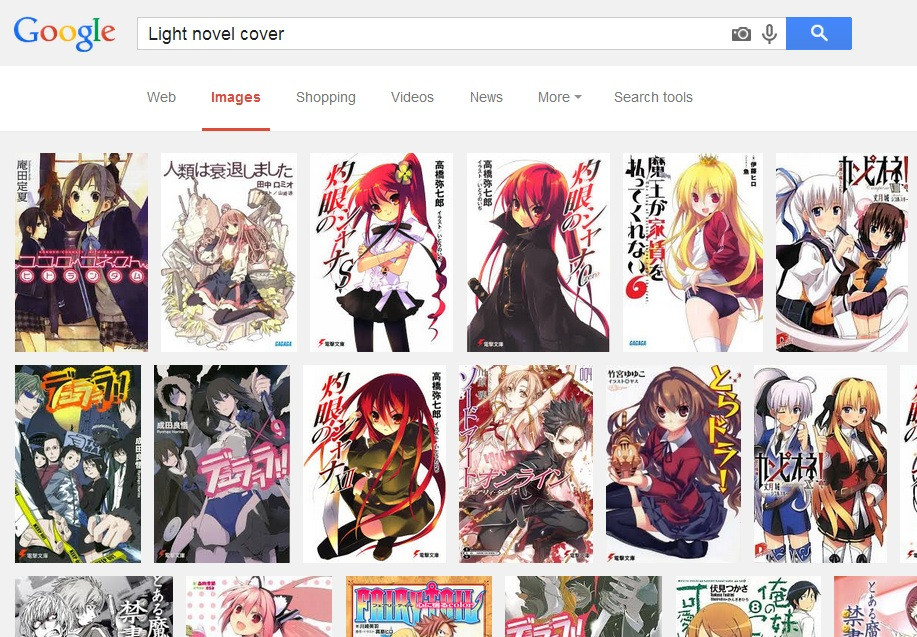 What is a light novel?

A light novel is a style of Japanese novel targeting teenagers and young adults. These novels contain mostly illustrations in anime or manga style. They are usually published in bunkobon size (A6 – 105 x 148mm). Light novels are not very long. The length is comparable to a novella in US publishing terms.

Light novels are very popular in Japan as you can see in Japanese bookstores. 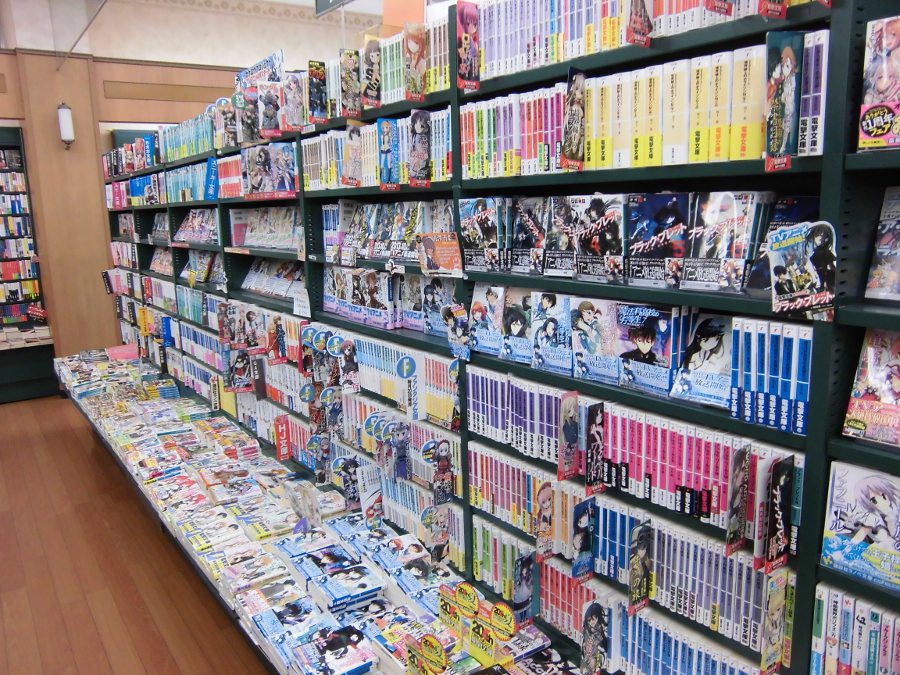 Where does the term come from and what does it mean?

The word “light novel” is actually not an English word. It is a wasei-eigo (literally translated “Japanese-made English”) which is a Japanese term formed from words in the English language.

The term is everywhere used where you read such novels. In Japan you will use the word raito noberu (sometimes also ranobe or rainobe as an abbreviation) which is the Japanese term of light novel.

What is the difference between a novel and a light novel?

In short: Light Novels are usually shorter and they also contain few illustrations. In addition they are easier to read. This is particular because the text contains much simpler and easier to read modern kanji.

The illustrations are mostly at the beginning of capitals or when a new characters respectively a new place is described. On the picture below you see an example on how a light novel is build up. Left an image from the scene and to the right the text to read. 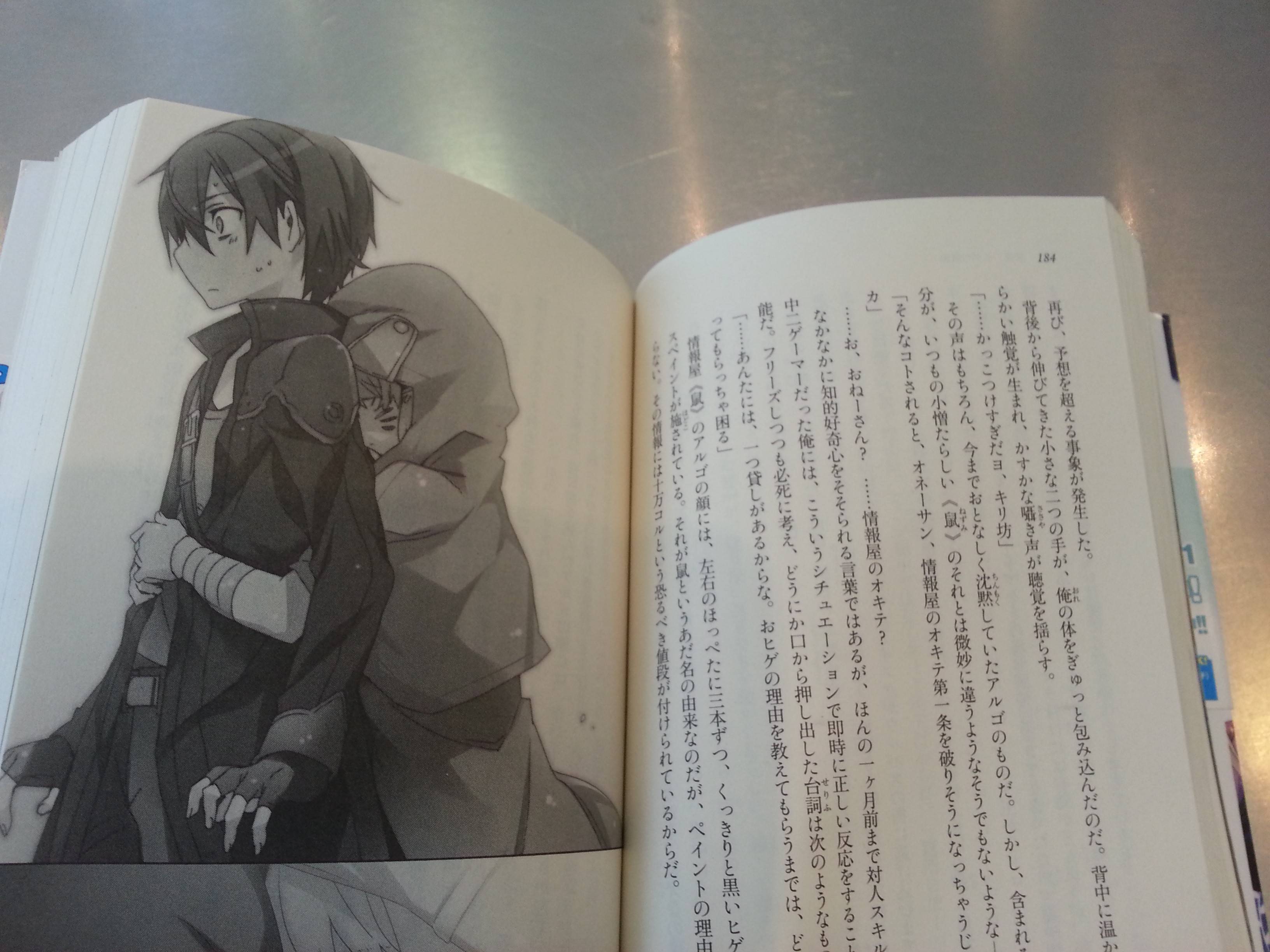 In typical light novels you will find mostly black and white illustrations. But today you also find many novels that include colored illustrations.

Why is a light novel styled like an anime or manga?

The reason because light novels are styled like anime or manga is because of their history and they are actually from Japan.

Light novels are an evolution of pulp magazines. To please their audience, in the 1970s, most of the Japanese pulp magazines, which had already changed from the classic style to the popular anime style covers, began to put illustrations in the beginning of each story and included articles about popular movies, anime and video games.

The narrative evolved to please the new generations and became fully illustrated with the popular style. The popular serials are printed in novels.

When referring to a novel, you'd be talking about...

A fictitious prose narrative of book length, typically representing character and action with some degree of realism.

Therefore I always assumed a light novel to be a short story of sorts, something you could read on the bus or on the train. After looking it up, I was wrong. A light novel apparently is a Jenglish or wasei-eigo expression for a novella, which would be a short novel, but not as short as a short story according to it's wiki page.

So before I continue and answer your questions, I'll let wikipedia explain what a light novel would be.

A light novel (ライトノベル raito noberu?) is a style of Japanese novel primarily targeting middle and high school students (young adult demographic). "Light novel" is a wasei-eigo, or a Japanese term formed from words in the English language. Such short, light novels are often called ranobe (ラノベ?) or LN in the West. They are typically not more than 40,000–50,000 words long (the shorter ones being equivalent to a novella in US publishing terms), rarely exceed 200 pages, often have dense publishing schedules, are usually published in bunkobon size, and are often illustrated. The text is often serialized in anthology magazines before collection in book form.

Yes it is. If you would use the term in the west, you would be referring to Japanese novella.

How is a light novel different from a regular novel?

Is a light novel used exclusively for anime or manga adaptation?

Since the target group of light novels are primarily middle and high school students, it wouldn't surprise me if most of them are. They aren't exclusively used for anime or manga adaptations though. If you read further on the wiki page it is mentioned that popular movies as Star Wars have also influenced the content. But they do mention that

While searching about Light novels I encountered the wiki how page on Light novels. So if you ever wanted to write one yourself, check it out.

Is this term only used in Japan?

This term originated in Japan as a 和製英語 (wasei eigo [meaning Japan-style English] = Japanese-invented words that "superficially appear to come from English, but in fact do not"). Wasei eigo differs from 外来語 (gairaigo = loanwords or real “words from abroad”) and Engrish (misuse or accidental corruption of the English language by native speakers of some East Asian languages).

The term "light novel" has been adapted from Japan for use in other Asian countries, where it refers to imported light novels from Japan as well as to locally-produced books of similar style (In Korea, it is called "라이트 노벨" [laiteu nobel], in China it is called "輕小說" [qīng xiǎoshuō] = "light fiction"), whereas in English-speaking countries, the term refers exclusively to Japanese light novels which are imported under that term. In the English usage, the term is only used to refer to such books produced in Japan (i.e. there cannot be a legitimate American light novel just in the same way as there cannot be American anime).

How is a light novel different from a regular novel? Except for light novels being... light, are there any other differences?

Are light novels used exclusively for anime or manga adaptations?

Are there any light novels that do not use manga-style drawings?

Yes. Artists of the earliest light novels included those who worked in 油絵 (abura-e = oil painting) and 水彩画 (suisaiga = watercolor). In 1987, the 少女小説 (shoujo shosetsu = girl's novels) genre began, and for the first time shoujo manga style was used, which helped establish the trend of manga-style art as the standard for light novels from the 1990s.

It originated in Japan but not exclusive of Japan. There are light novel writers in Korea and China, since it can be used for anything written within certain criteria.

How is light novel different from regular novel?

If I had to describe it in few words: a easier to read novel.

If you check out some novels, like Another and see most Light Novels the difference is evident. Light novels have shorter paragraphs, characters less complicated to read (i.e. the appearance of obscure Kanji in a sentence is rare), and generally shorter.

Is light novel use exclusively for anime or manga adaptation?

Actually, most light novels (LN from now on) don't make it to anime production, and some are adapted to manga to promote the novel itself rather than to make a illustrated carbon copy of the LN. This is, as with all business, mostly motivated by marketing reasons, rather than some secret rule. Granted, if your LN is popular, it will get advertised in more media (manga, anime, live action, etc.) than if it's not popular.

Is there any light novel that do not use manga style drawing?

Drawing depends on the artist, and most artist also do other things like doujins or the very manga. The drawing is merely a representation of what they know to do, rather than following a predefined style.

Light novels started in Japan, as physical books. But in this Internet era, light novels from China & Korea can also be found online. Here's my impression of what these novels are mostly about...

Chinese & Korean light novels came later, and are now being adapted into manhua/manhwa, and then anime. https://mangatoon.mobi/ is a good(legal) starting point for reading these comics. (ofcourse scanlations also exist)

https://www.iq.com/anime is a good starting point for watching Chinese anime

The expanded definition and description of "light novel" appears to correspond to pulp fiction which started as magazine serials in the 19th century in English and Western European language markets - with the exception of it having the sensibility to be age appropriate for young-adults or the modern YA market. The format length appears to be driven by the market, and series light novels are much like series pulps - but with aiming the stories to be age appropriate for 10 and 11 year olds (and up).

Not the answer you're looking for? Browse other questions tagged terminology light-novel-production .

38
Why isn't anime critically analyzed like other forms of literature or entertainment?
14
Why can't Natsu and Gajeel go through Freed's runes?
4
Is The Legend of Korra anime?
4
Differences between the Overlord light novel and manga

22
Why are romantic events sometimes called "flags"?
3
Why there are no popular manga series based on light novels?
6
Is there more than 1 type of light novel in the Spice and Wolf series?
4
How do LN publishers assign the illustrator for a light novel?
2
Does Light Novel-based, slice of life anime in general have a clearly defined setting?
9
Why don't English translated light novels retain the "backwards" page ordering?
2
Kawakami Minoru authors light novels reading order?
0
Why MAL (MyAnimeList) is putting light novel and comic together?