Was the first time Zoro experienced haki in Alabasta?

Remember when Zoro learned to cut steel in Alabasta and he heard the breath in all things? Was this swordsmanship or was this his first encounter with Haki? 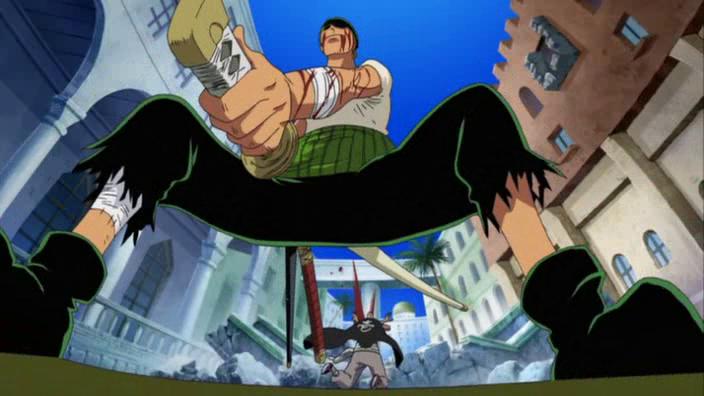 It's not Haki, but it's similar to Haki. When he heard the rock falling, he did not dodge them, but instead he knew where the rock were gonna fall. Kenbunshoku Haki has something similar, but the user predicts an opponent's moves which makes it much easier for them to evade the attack given enough skill. Zorro was also able to sense where his sword was, while no Haki users are known to have this ability. 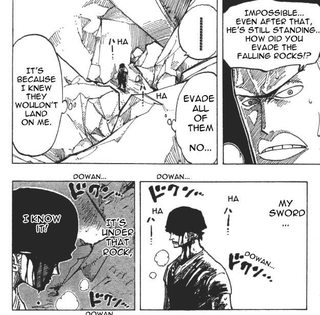 Though the power allows the user to predict most attacks, it can be circumvented by various means. It cannot predict inherently random attacks; for example, Luffy managed to bypass Enel's Mantra by bouncing his fists off a nearby wall, to prevent himself and thus Enel from knowing where they would land. (source)

So it was clear that Haki users can't use their Haki power to predict a movement that was not intended. Therefore, Zorro's ability to sense those rocks was not Haki.

Another proof that Zorro couldn't use Haki at that time is that he was able to cut through Daz Bone's metal (which is actually possible with enough skill), but he couldn't cut through Enel's lighting (impossible without using Busoshoku Haki).

The idea that makes sense to me is that; zoro is using both kinds of haki in tandem. One, he can sense his iwashimzu sword which in itself is special as due to its rarity and nature, + the swords in one piece have unexplored depths e.g black swords, cursed swords. Hence the ability to sense it with haki as it is probably imbued with another's spirit. Two, knowing the breath of things as it is stated, may be how zoro utilises his haki, in this event he knows the breath of steel so he strengthens his own steel with haki just enough to cut Das Bonez.

2
What skills introduced prior to the formal introduction of Haki are Busoshoku Haki based?

14
Why can't Zoro cut Seastone?
4
What happened in the fight between Zoro and Monet?
2
What skills introduced prior to the formal introduction of Haki are Busoshoku Haki based?
5
Was Luffy able to activate/experience Kenbunshoku Haki in the War of the Best?
5
What is the other goal Zoro mentions in the Alabasta arc?
3
Has Zoro attacked with "Three Thousand Worlds" in the time between Baratie and Dressrosa?
2
What were those Poneglyphs from the Alabasta arc?
0
Which episode in the Alabasta arc has Luffy ate all the food on the boat and Sanji ask him about it?
2
Is Law stronger than Zoro in sword technique?
3
Was the Dressrosa Arc inspired by the Alabasta Arc?