What was the purpose behind the personification of certain elements in The Wind Rises?

In The Wind Rises, certain elements of the story are personified. From the beginning, we see an earthquake and fire, both of which are given very humanlike sounds, as well as being shown very artisicially (like the ground moving in waves instead of just shaking). Later, the planes in the movie are personified as well, their components and demonstrations being given very humanesque and biological sounds. 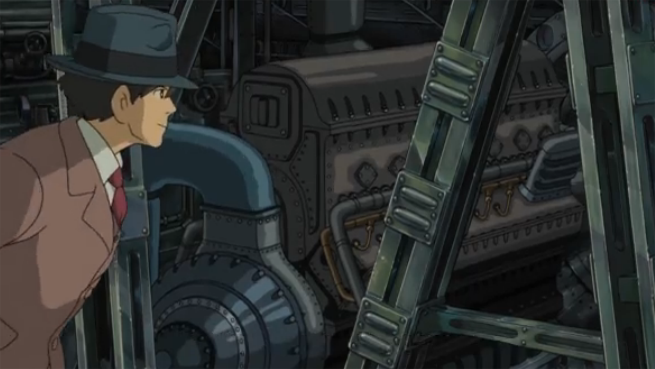 As Jiro and Honjo look around a plane in flight, an engine makes very gurgly sounds which are distinctly biological and not mechanical. Other planes do this as well, even in a scene which shows one of Jiro's designs as a conceptualization.

Obviously, the movie is very plane-centric and so the personification of the planes makes sense (to bring them to life). However, these other lifelike elements did not seem to fit into the more serious setting of this movie, compared to a movie like Ponyo.

The following is more an interpretation of the film, rather than a solid source of undeniable truth. Because of this, there is unfortunately a lack of sources.

I believe Hayao Miyazaki could have insisted on this feature. @krazer's comment on your questions backs this up:

Geoffrey Wexler, Studio Ghibli's "Chief Gaijin" who represented the company at the screening at the Toronto International Film Festival [...] answered an interesting fact about the sound production. He said Miyazaki wanted to do all the sound effects himself, but the staff denied him because he’s already too busy with all the other duties so someone else had to do it all.

He also let it be known that the movie has Mono sound, which apparently no one ever believes but that's another thing Miyazaki wanted and won out on.

Miyazaki mentions in an interview that he has always wanted to make an anime about planes - and being his last movie before retirement, this was probably a very personal film.

Miyazaki is a plane fanatic, although not a plane otaku, as he emphasizes in the documentary Kingdom of Dreams and Madness. In the documentary, you can see him playing with a model plane and making up his own sound effects. His autobiographies Starting Point and Turning Point feature planes as a secondary interest to anime too. 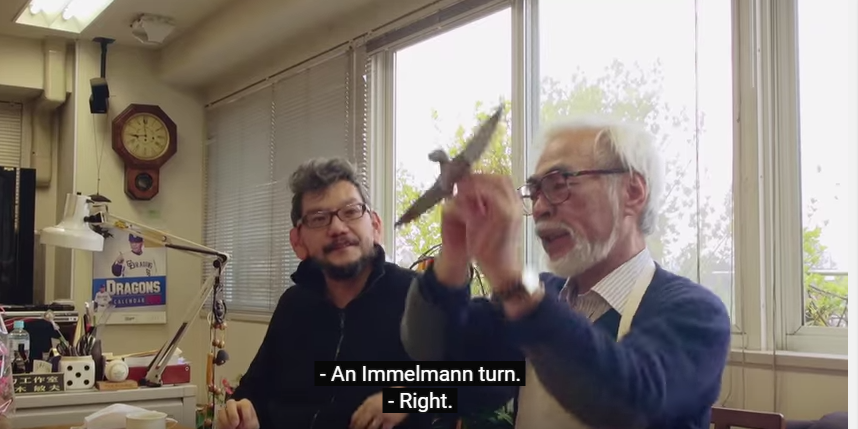 I imagine Miyazaki wanted to create The Wind Rises with a certain element of nostaliga and insight into the appeal of aeroplanes for himself, and other plane fans.

The film is somewhat about the beauty of planes and their unfortunate setting. Caproni appears in Jiro's dreams speaking of their wonder, despite humanity's ill use of them.

In this vein, I think Miyazaki wanted to show audiences the splutterings, whirrings and ka-puts that make the machines beautiful for him, even if they didn't sit right with the tone of the film.

Just watched the movie and I tried to pay attention to where the realistic sound is replaced by voice effects, and it seems like this mostly happens when the mood is supposed to be light-hearted, happy and dreamy. Planes are a child's dream for Jiro, and so he sees them (and certain events) as something childish and fun. Other people want to make those planes into weapons, and when the mood is not so light, more realistic sound effects come into play. But Jiro often finds himself in company of people who view planes as a realization of a blissful dream, and so we often hear these funny noises, reminding us that this is what his fun in life is really about.

While Miyazaki has never (to my knowledge) explained his thinking behind the 'personification' of inanimate objects in this film, he has spoken about the issue of 'anthropomorphism' in animation before. I think it not unreasonable to apply the discussion in Dani Cavallaro's "The Late Works of Hayao Miyazaki: A Critical Study, 2004-2013" (in relation to Miyazaki's Howl's Moving Castle and his collaborator Kazuo Oga's The Night of Taneyamagahara) to the representation of aeroplanes and the city in The Wind Rises:

"It is apposite, on this point, to appraise Miyazaki's own views on anthropomortphism. Miyazaki avers that depictions of both animals and fantastic creatures, such as dragons, are bound to be uninteresting as long as they capture featurs and expressions which make it easy for an audience to figure out without effort what is supposed to be going through their minds. "Something is far more likely to become an object of our longing," argues Miyazaki, "when we don't know what it is thinking. The more we humans anthropomorphize something and make it an easy target for empathy, the less interesting it becomes. From the beginning we seem to have a longing for a presence or a power that is far greater than ourselves and not easily understood, a presence beyond our current framework or whose origins are prehistoric." This yearning is "a memory repeated over and over from our ancestors" ... [There is a belief that] unless characteres somehow resemble humans, it is impossible to empathize with their situations and feelings. Miyazaki has never been interested in entities of this ilk. ... On the contrary, they embody that ungraspable "presence" or "power" for which humankind has been instinctively "longing" for time immemorial. ... one of the salient traits of the Japanese psyche is its tendency to perceive different dimensions as interpenetrating. "That the membrane between inner and outer or this and that world is paper thin" ... Likewise, the farmer's dream ... belongs at once to reality and to illusion. It articulates an impalpable fantasy, and yet it is endowed with the credibility of a lived event." (pp.38-40)

In this context, the visual design of the planes, locomotives and the city (especially during the earthquake scenes) and the use of human voices exclusively for their sound effects would be to convey the sense to the audience that these things are alive, have their own unique natures/personalities and their own 'lives', and yet are to some extent incomprehensible to us. This is consistent with Miyazaki's Shinto-inspired worldview about the vitality (i.e. the animate nature) of everything in the material universe, simultaneous with awareness of the profound mystery underlying it.

Not the answer you're looking for? Browse other questions tagged the-wind-rises or ask your own question.