Why is human transmutation illegal or that matter have alchemy laws?

Follow me here for a minute. The state is controlled by the homunculi/Father who wants people to use alchemy to do dangerous research especially human transmutation to make philosopher stones.

Why would they have laws that forbid it in their country? Seems counter productive to their goals.

@Madara basically hit the nail on the head here, but I thought I'd elaborate a bit.

Father wants people making philosopher's stones for his goals. He has his end goal of the Nationwide Transmutation Circle, and he has a plan to get it. This plan involves the military laboratories (especially lab #5), as well as waging wars (such as the blood crest in the North), and a few other things.

But let's consider the very first episode of Brotherhood, in which Isaac McDougal, by way of philosopher's stone, launched an attack against the military, attempting to completely freeze over Central. This was clearly contrary to Father's goals, as its motive was to destroy Central by ice, beneath which Father lived. 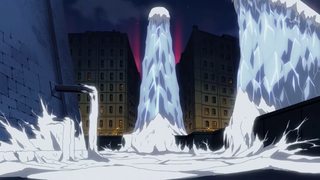 And later in the series, the truth behind the military's law of, "you must not create humans," is revealed: they are not concerned with ethics, but rather to prevent people from creating an army which would oppose the government's, and subsequently, oppose Father.

So, like @Madara initially mentioned: killing people in reality is illegal, yet countries wage war because the governments have their own motives, which they believe are above those of the citizens. Yet, we can't just have citizens going around massacring others, can we? (Hint: The answer is no.)

Morals predate father's existence he is only in his 5th century and its likely that some other person of greater moral fiber and less pride created the ethical system which was then codified into law. Fundamental principles of societies are hard to change when revolutions are hidden. Revisions to history, ethics and taboos would be extremely difficult to change. Just look at foot binding as an example of culture resisting an opposing government and even medicine.