How are things purchased in AoT?

In Attack on Titans, how exactly was everything paid for? Not once in AoT so far did I ever see any exchanging of currency. For example the Markets: 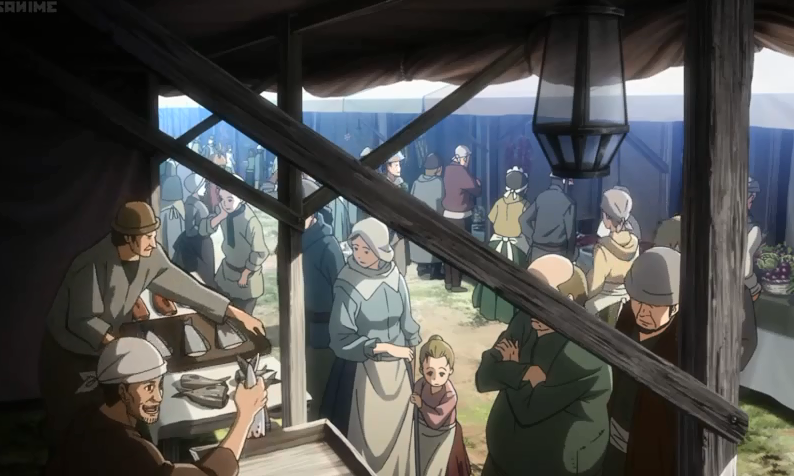 How do businesses make money then? Is there a type of currency in AoT that they officially use?

For example do they just give away meat for free? 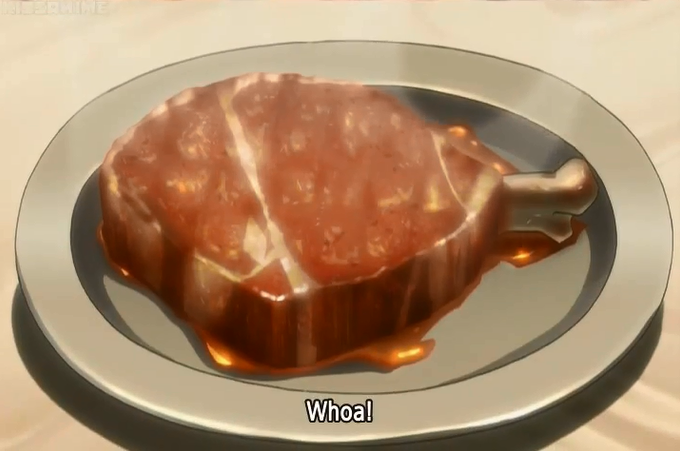 Are Potatoes, Vegetables and cutlery such as plates, bowls and cups free or have I just missed something? 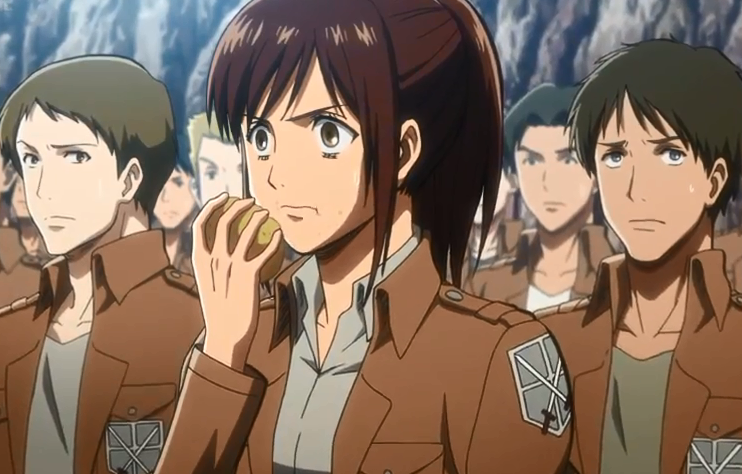 Note: I think food is free for the survey corps or the people that are training to enlist in the army and be able to leave outside of the walls but what about everyone else? Is it free or is it paid for? If it is then whats the currency? Coins, notes (obviously probably not :P) or is there some sort of system where they trade for example their bit of farm land for a lot of cured meat or fish or vegetables for example.

So my question is how exactly are things purchased in AoT?

There's definitely a monetary system in place (note I'm on mobile so I can't link any sources yet).

In episode 1, after the incident where Moses's arm is handed to his mother, there is a person saying "its like our taxes go to fatten them up". This clearly indicates some form of tax system.

In episode 6, the titans yet again breach another wall. There's a scene where merchants are blocking the passageway trying to get their goods through. This shows an obvious ownership of goods.

In the same episode, we see Mikasa and her mom targeted by slave traders. The slave traders planned to sell them to some rich folk, demonstrating value and a need for some form of money.

In episode 23, we can clearly see corrupt military police selling goods for what is obviously currency.

Over all we see several trends that point to the use of currency within Attack on Titan.

I saw some characters use a paper currency to buy passage onto the surface from the Underground in an OVA.

1
What's the coordinate ability?
4
Are Levi and Mikasa siblings?
1
How many of the members of the 104th corps are titan shifters?
3
Who are the wall cultists?
2
Are the memories still there?
2
Why didn't they use the boats to go back to Shiganshina?