Are Walls Maria/Rose/Sina the only Wall community in the world?

Okay I was watching Attack on Titan, and I was just wondering if this walled off part of land is the only one in existence? Like, if people were ever to go out past Wall Maria into the rest of the world, would they come across other Humans inside other Walled off communities?

Or is the one in the series the only one on the entire planet?

I have not been following Attack on Titan past the first season of the anime, but since I currently can't delete my answer since it's been accepted, I'll provide something based on what I've gleaned from the Wiki.

From the page about the Walls, it appears that at present, there is no knowledge of any other walled community. However, when Eren finally returns to his father's basement, he discovers that humanity has not actually been wiped out. I'm not sure if this development was entirely predictable. Early on, the story of a quick construction of massive walls while humanity was under attack was already very suspicious, but I was not invested enough to think much about it. (My hunch at the time was also more of something to the effect of, "a conspiracy destroyed most of humanity.")

Old answer, based on the first season of the anime

In some of the episode openings (particularly in the first few episodes of Attack on Titan), it's stated that:

Over a hundred years ago, humanity suddenly found itself faced with a new predator. They were more powerful than humans. Humanity was immediately pushed to the brink of extinction. The survivors built three walls: Maria, Rose, and Sina.

Without any further qualification of the statement, it's pretty much implied here (and elsewhere) that the walls contain all that's left of humanity. This sense of there having been huge losses to such an extent - to the point where entire cultures probably have been obliterated - are confirmed somewhat by things like when Mikasa's kidnappers describe her and her mother as the last of the Asians.

There're probably some more explicit statements of this elsewhere, but it's been a while since I saw Attack on Titan, and this was the first place that came to mind that stated something of this sort.

If it matters to anybody, I'm taking the quote here from the Crunchyroll sub. 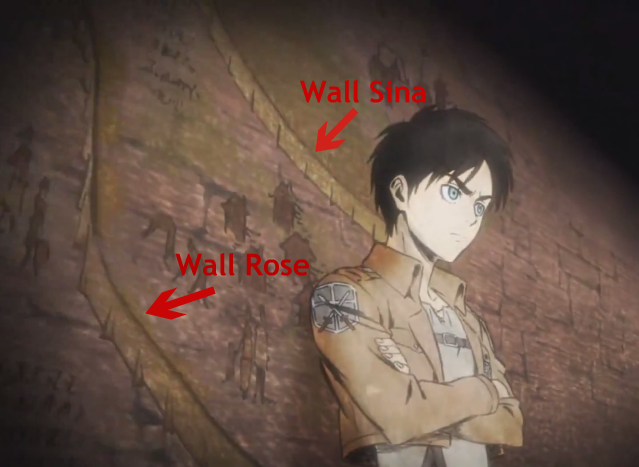 here you can see both wall Sina and Rose where there is no titans. 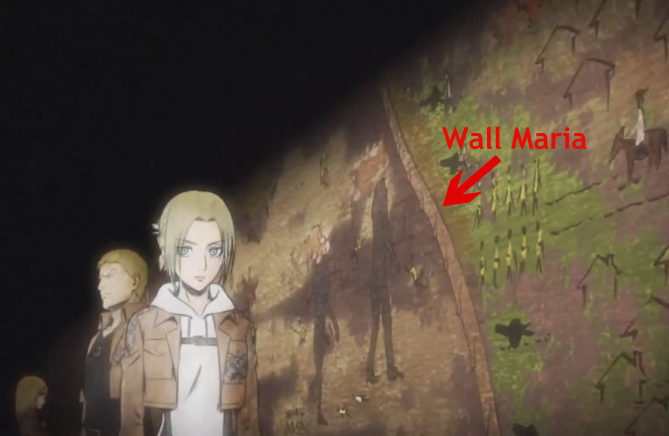 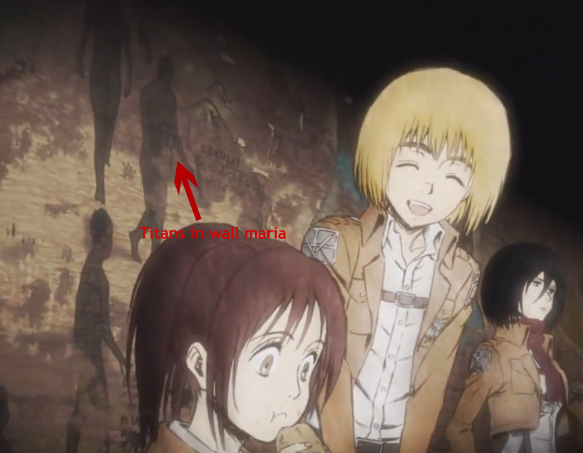 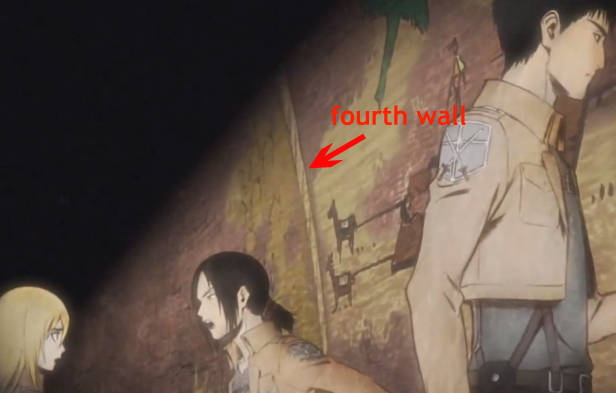 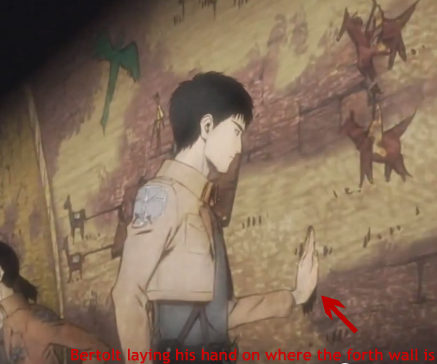 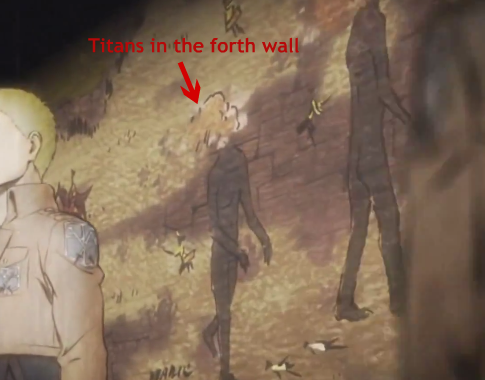 And here you can see the fourth wall which all the titans seems to live in. Maybe that is where the sifters came from because you know that Bertolt always want to finish his mission and go back to his home town quickly and as you can see in the picture above his hand is laying on where the fourth wall is. Also if you look closely you can see there are no titans beyond that fourth wall, thus we can only see titans in the fourth wall and wall maria. you would wonder how come no one knows about the fourth wall? well we discovered in the latest chapter of the managa that the royal family can alter memory of humanity. Therefore we can conclude from the this evidence that there is a war going on between people in the forth wall and the rest of the other walls and the royal family if trying to hide it so they can maintain peace within the three walls.

Alright, Wall Maria, Wall Rose and Wall Sina are walls that are in the island of Eldia. The fact that humanity was pushed to the walls are a mere propaganda spread by the government as they do not want the people inside to know about the outside world. The truth is, Titans are made by a country called Eldia (this country is different from the one on the island). A queen [Queen Ymir] (through mysterious means) gained the power to become 7 types of titans. She made thousands of titans to gain power all over the world and tortured a country called 'Marley' when she died, all the powers were split between 7 eldians. King Frotz (the now king of Eldia) surrendered to Marley and gave them permission to kill the Eldians. Eventually, all Eldians were forced into a tiny island. This island was corrupt, propaganda, capitalism, all of that took place. Almost like Emperial Japan. Just like North Korea trying to protect it's citizens from the truth, Eldia does the same. Now, the 4th wall is meant to represent the barrier of the island. Bertholdt wants to return there, so he placed his hand there. Once you cross this ocean you'll enter Marley. 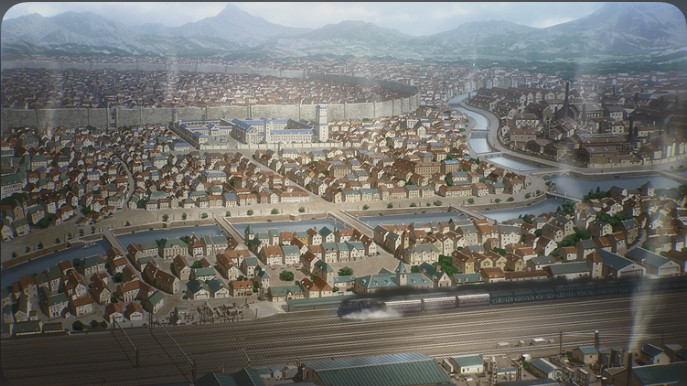 COLOSSAL SPOILER FOR EVERYONE WHO DID NOT READ MANGA CHAPTERS 86 AND 87!!

A sort of fourth wall exists and it's the one showed in chapter 87, near the ocean, so it must be really far away from the Walls we know. It keeps mindless Titans away from the sea and it has been probably built by the Marleyan Government. It seems to be shorter than the three other Walls and its structure is different from theirs (it doesn't seem to be built with cristallized colossal Titans). Beyond this fourth wall there's the ocean and on the other shore of the sea there's the continent where Marley is.

7
What happened to Eren that made him unable to turn into a Titan in chapter 53 of the manga?
20
Who exactly are featured on the walls of Maria, Rose & Sina?
5
In Attack on Titan, how did the river barge escape Shiganshina in episode 2?
1
Why weren't the Titans visible when the Armored Titan broke through Wall Maria?
0
Were the lure towns in Wall Maria evacuated?
0
Which was the wall Titan Eren sealed with a rock?
0
Was the titan in the last episode of AOT S1 inside of the wall or on the other side? Also about walls origin
3
Who are the wall cultists?