What are the steps involved in making a professional manga?

I've been watching Monthly Girls' Nozaki-kun and I was surprised at the range of different things that were involved in the process of making a manga - like inking and cutting out sparkles to stick on the pages. 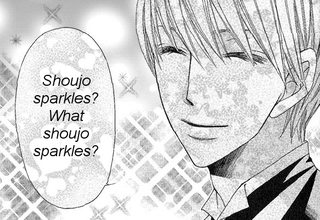 Nozaki-kun also has a load of different numbered pens on his desk. I presume at least one of them is a "G-Pen", which I have heard a lot of, but am not entirely sure what it is... and there are things that look like film canisters... 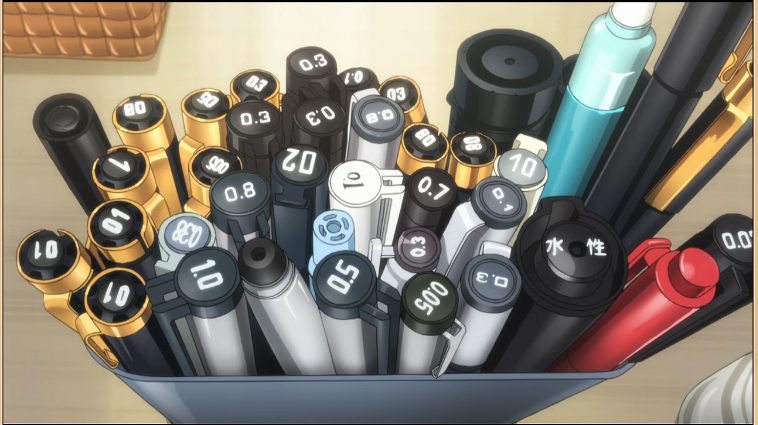 I was hoping A&M could help to explain the steps and tools that mangakas go through when making their manga and ideally, the order of those steps as well.

Note: I'm not asking for how I can do it myself, just the process that they go through on a high level.

Interesting question... I searched it up on different websites. This how I found out!

Before anything is done the theme or story is chosen. An idea is needed - What is the genre? What should the Manga tell the reader? etc.

All these things have to be done at first before the drawing is starting. If an existing anime is converted into a manga it will be easier - because this information is already there.

If the general idea of the manga is decided on, it is time to think about the plot. At this step it is important to ensure that the manga does not run outside of the theme and the dimension is observed.

The main events and the story flow is created. The plot is written in a simple form like:

This is a very simple plot. A plot for a professional manga is a bit longer and contains much more information. But this is not everything - You would also write down some notes about where these events are happening. Also little side notes are made to remember everything.

Mostly mangakas also write a number at the left side of the plot and mark the page where this part is drawn.

Yahoo~ This is the fun part! The story is finished and now we can concentrate on the character design.

Now you make some examples of your characters. Not only what they looks like - it is very important to write down the characteristics of you character also. Age, size, maybe favourite colour - everything is important information.

The clothing is also significant. One design is chosen, based on the character, and this design has to go through the whole manga. 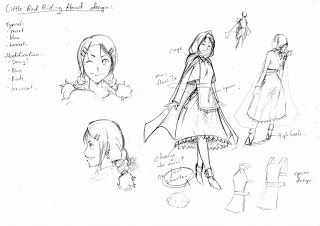 For this part you only use pencil and a eraser (and your head). Some like mechanical pencils and some like traditional pencils, it depends on the mangaka.

After that, you can start with the pages. What will they look like? At the beginning you just draw a rough sketch on a paper to get a idea of how it will look.

Then, you draw everything on the actual paper. First you draw the panels, mostly with a ruler. Then the panels get filled with the characters, speech bubbles and a background (place). 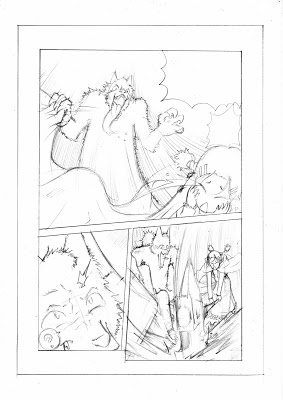 At this moment it is not important to draw clean or anything. The clean drawing is made later. The borderline is important also called the bleed (the small frame at the outside of the paper). It is need for the print you should not draw on it. It is also a little bit of a margin so the page looks better.

The sketch is also made with pencil and eraser. Sometimes also special rulers like a French curve are used.

This is a hard and sometimes irritating process. If you make a mistake you have to redraw the the page again from the sketch on.

At this part the sketch gets "redrawn" but with a clean line and with - mostly black - ink. The artist is drawing over the pencil line and at the end he erease the sketch. Also a little bit of shading is done.

The so called G-Pen is a sign spring. With it you are able to control the size of the line by pressing it harder or softer down on the paper. This is one of the most used sign spring for mangakas. 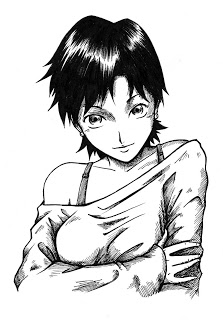 If you have a coloured manga you only draw the outline without the shadows and dark hair. Later you paint it with alcohol markers. One of the most well known markers are copic markers.

Here a little picture from a image that is drawn with such markers (Letraset markers). 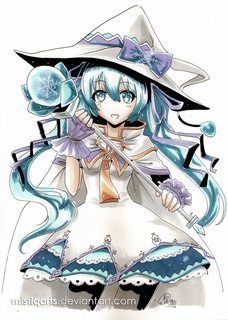 from deviantart drawn by Mistiqarts

A thing that for both is used is white out. It is used for highlights. This could be in a pen or in a bottle and you draw with a brush.

After the page is inked it gets scanned and edited on a pc. The artist cleans it up with a Photo-editing program. This is mostly made with a tablet. Wacom is a good brand for such tablets.

The software that is used depends on what the mangaka like. There are many different ones. I would guess that Photoshop is one of the most used.

Keep in mind that today some mangas are only drawn on computers without the inking stage. But the pencil sketching is mostly still done.

If you only draw on a pc there is other software used like Manga Studio. With that you are able to design the whole page including the layout and panels. It also has awesome functions to be able to draw in a perspective.

This was the first page.

After you have finished all pages. The whole manga gets printed and published. I will stop here because the way of creating a manga is ending here.

Following are the standard steps that a Mangaka usually go throw to make a professional Manga.

At first plot or story is required to start.

Before anything gets written in stone, an idea must first exist. This is where the storyboard comes into play. A rough sketch of the story is sketched on the page. The page layout begins to take rough form. Speech bubbles, panels, and characters are added to the sketch. Panels are the divider lines between each picture. Paneling can prove to be a as challenging of an experience as the actual drawing. This step takes the longest because trying to come up with the poses and position of the page is very difficult.

Then drawing start. Here only pencil sketch are drawn.

The pencil sketch is a vital step of any comic. The sketch is usually drawn using the type of pencil the artist is most comfortable with. The lead number or darkness doesn't matter because this will get erased later during the inking. If the pencil sketch is poor, then the final product will most likely be poor as well. The pencil sketch may be laid over the storyboard sketch or drawn out on a different piece of paper.

I would show a pencil sketch for the picture below. 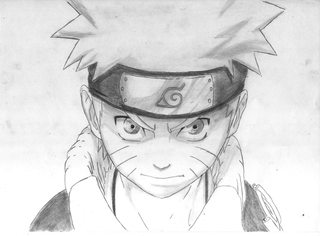 Another step is inking. It is one of the essential part of manga.

Inking the comic is almost essential. The only exception would be if the artist chose to use a dark permanent lead pencil. Inking is basically tracing. The goal of inking is to get smooth, dark, “printer friendly” lines. The pencil drawing underneath is erased and only the ink will remain. If inking is sloppy, then the next step takes a lot longer to finish. 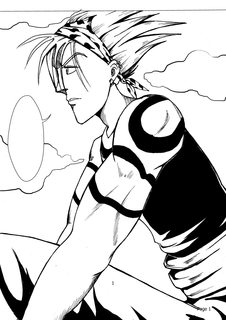 The last step is conducted using computer software like Photoshop and other picture editing tools to clean up line art and make sure it looks professional.

After the inking, the picture is then scanned into the computer and edited with an editing program. The editing program is obviously up to the artist but some popular ones are Manga Studio and Photoshop. Photoshop is very powerful but has a bigger learning curve than Manga Studio. Before any effects are ever added, the artist touches up the artwork to get it as clean as possible. Once he/she is happy with the comic thus far, effects can be added. Effects can be added by using screen tones. Screen tones can be purchased as a physical product or can be added digitally. (If purchased as an actual product, adding them would occur in a step in between inking and computer editing). 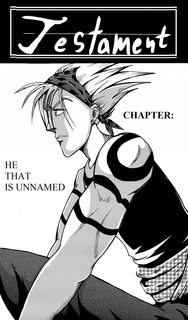 So these are the basic steps. Source

This will help with a bit more information if you were interested to start from scratch.

Not the answer you're looking for? Browse other questions tagged manga-production monthly-girls-nozaki-kun or ask your own question.

13
Why is anime produced faster than manga?
8
Why do some page contain a rough sketch?

10
What is the color of a manga paper?
10
Are there any non-Japanese manga/anime authors or studios?
23
What are the legality rules in terms of manga translations?
14
What is the purpose of one-shot manga?
7
Are manga artists really pressured by the editors not to put dangerous or illegal scenes in their works?
5
How are volumes determined in manga?
20
What are these color pages for?
3
Are manga artists underpaid?
11
Why are manga cover pages not relevant with the current arc?
3
Why are there no online stores that sell manga in PDF format for the English translation?