In episode 7, Natsumi started to read what looked like a manga magazine, and the others start reading it with her. 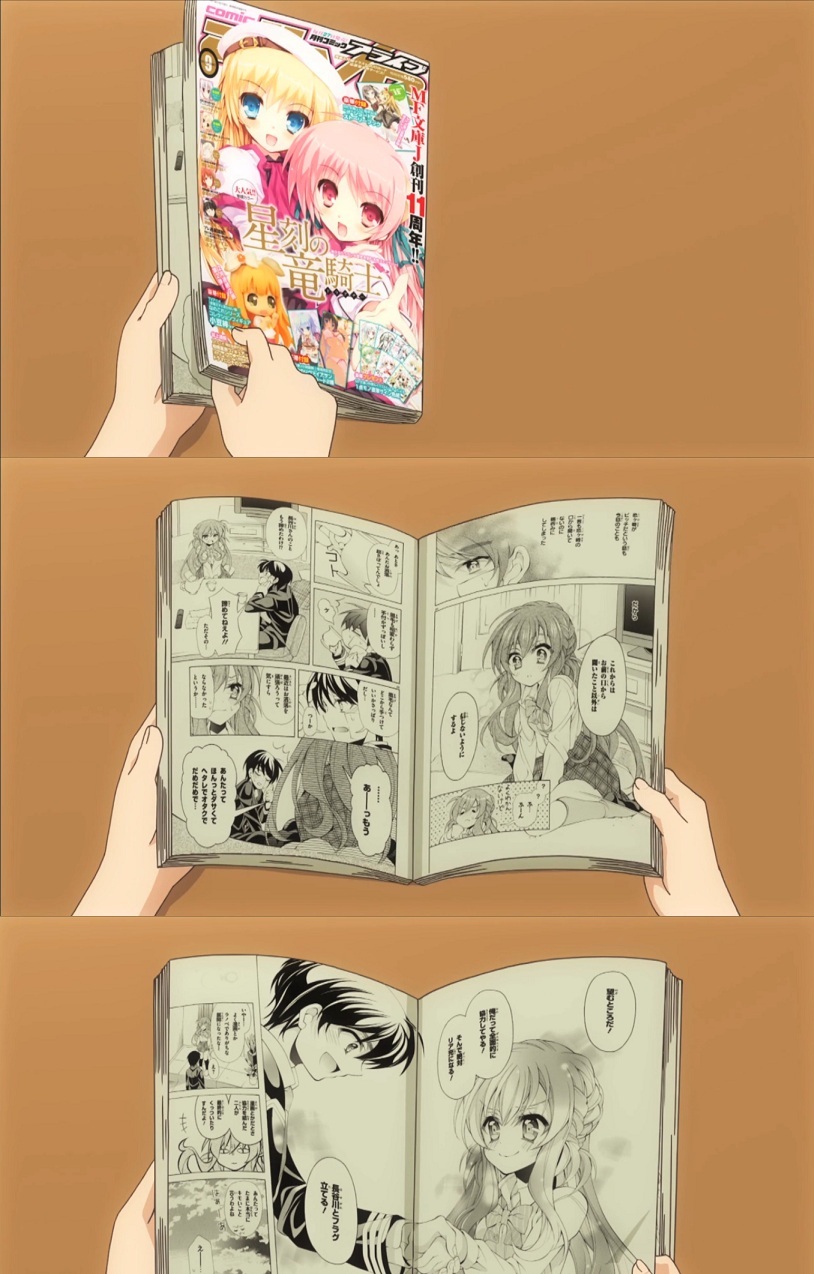 Does it come from a real manga? If it does, what manga is that?

This is the Monthly Comic Alive. It is a Japanese seinen manga magazine published by Media Factory. 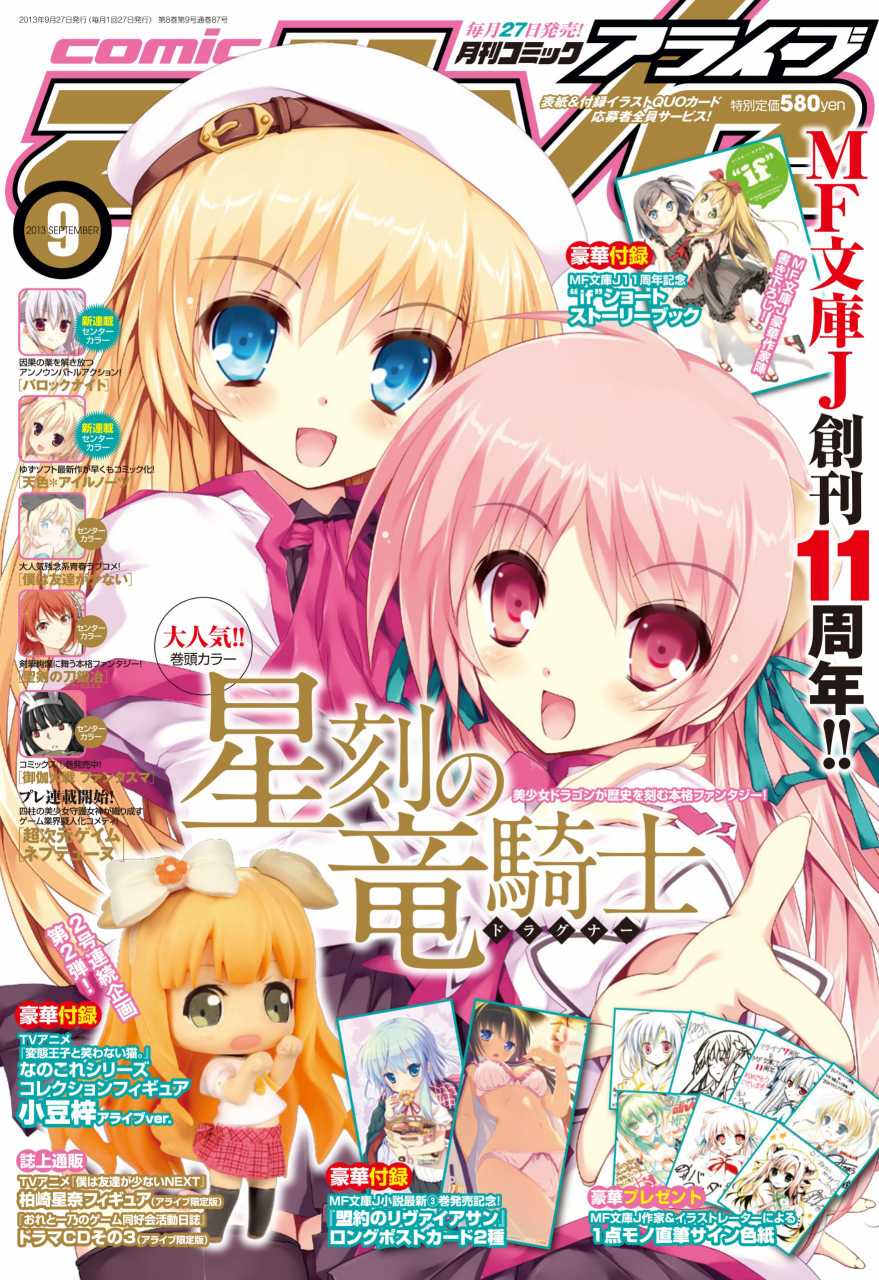 I am pretty sure the mange she is reading here is Omae o Otaku ni Shiteyaru kara, Ore o Riajuu ni Shitekure! (おまえをオタクにしてやるから、俺をリア充にしてくれ！) 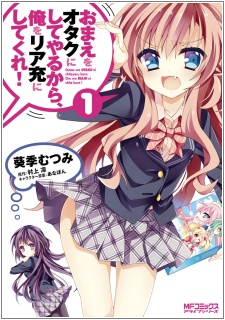 Kashiwada Naoki was determined to lead his high school life without anyone knowing that he’s an Otaku. However, his classmate Bishoujo, Koigasaki Momo, who was rumored among the girls to be a bitch, found him out!? Before the despairing Kashiwada, she said something undoubtedly surprising.

“Aren’t you an Otaku? Then, make me into an Otaku!”

The love story of two individuals bounded by an agreement of Otaku and Riajuu starts!!

The scene you see on the left page of the secound image is in the tenth episode. 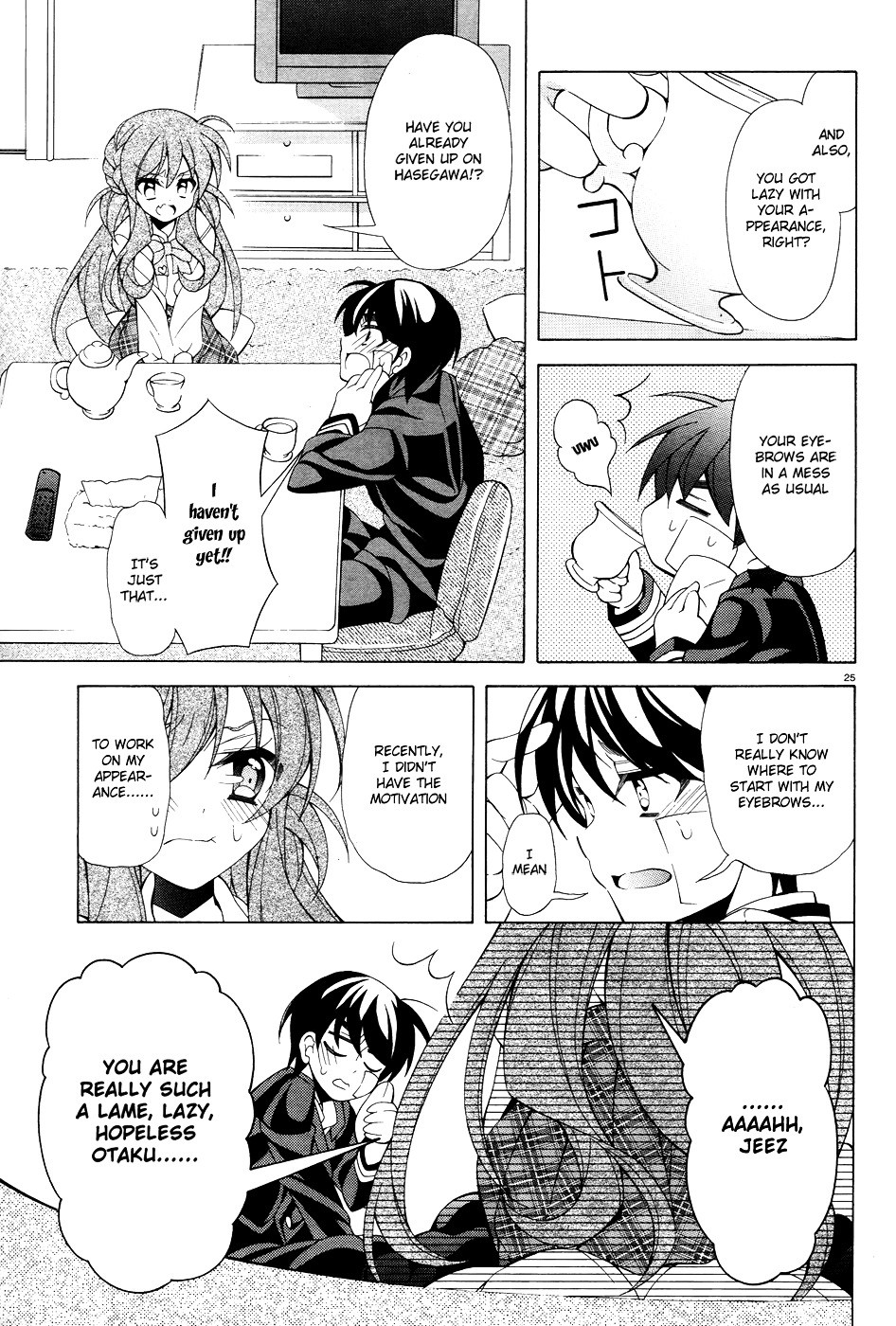 The manga on the cover is Seikoku no Dragonar. It has received an anime adaptation just last season (Spring 2014).

The manga that she is reading inside is Omae o Otaku ni Shiteyaru kara, Ore o Riajuu ni Shitekure! (lit. I will turn you into an Otaku, so please turn me into a Riajuu).

The pages are from the end of chapter 10. Below is the 2-page spread for comparison. Note that the art is not even distorted (which is usually done to avoid copyright problem), which suggests that it has received an okay from the author. 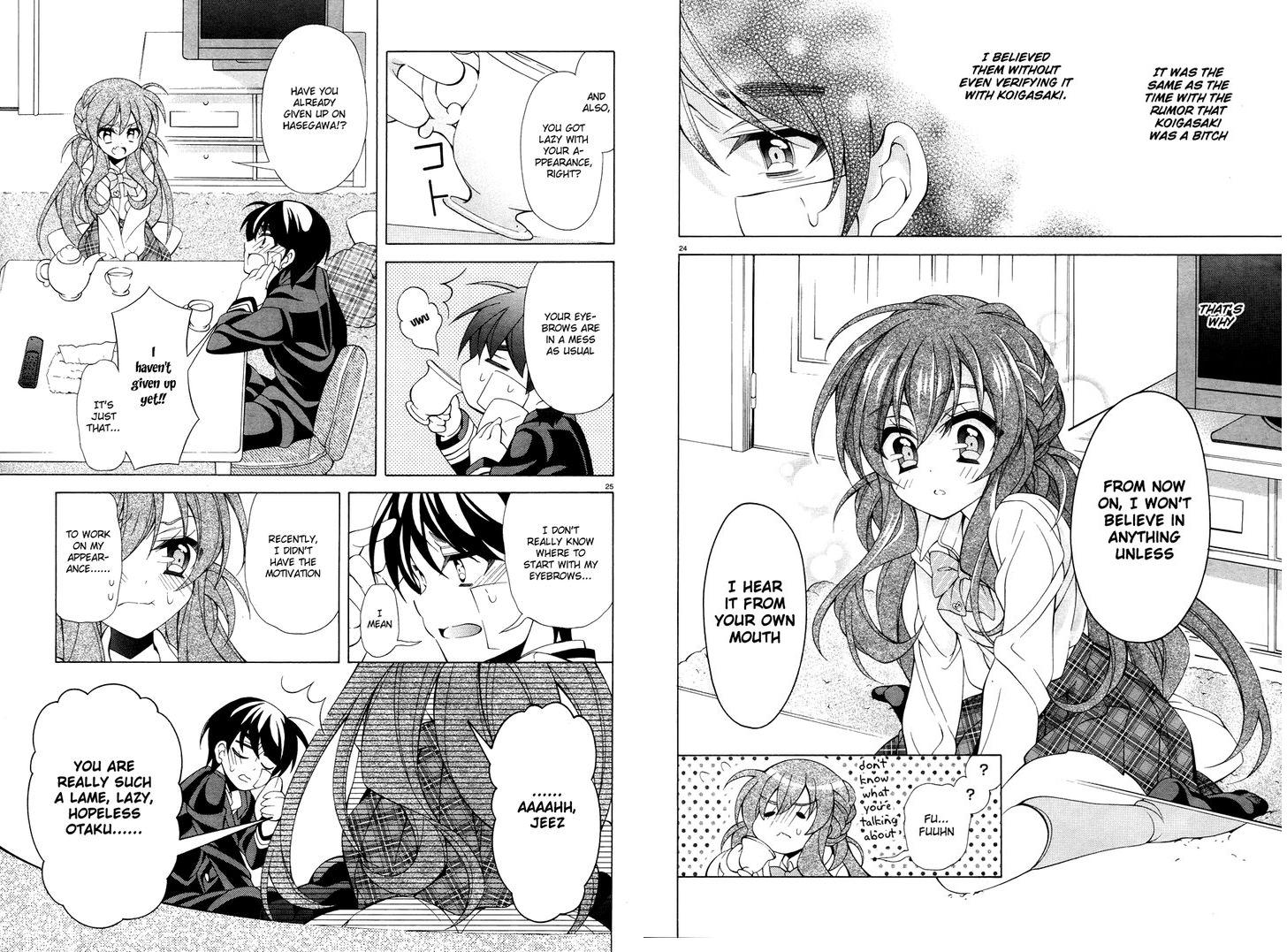 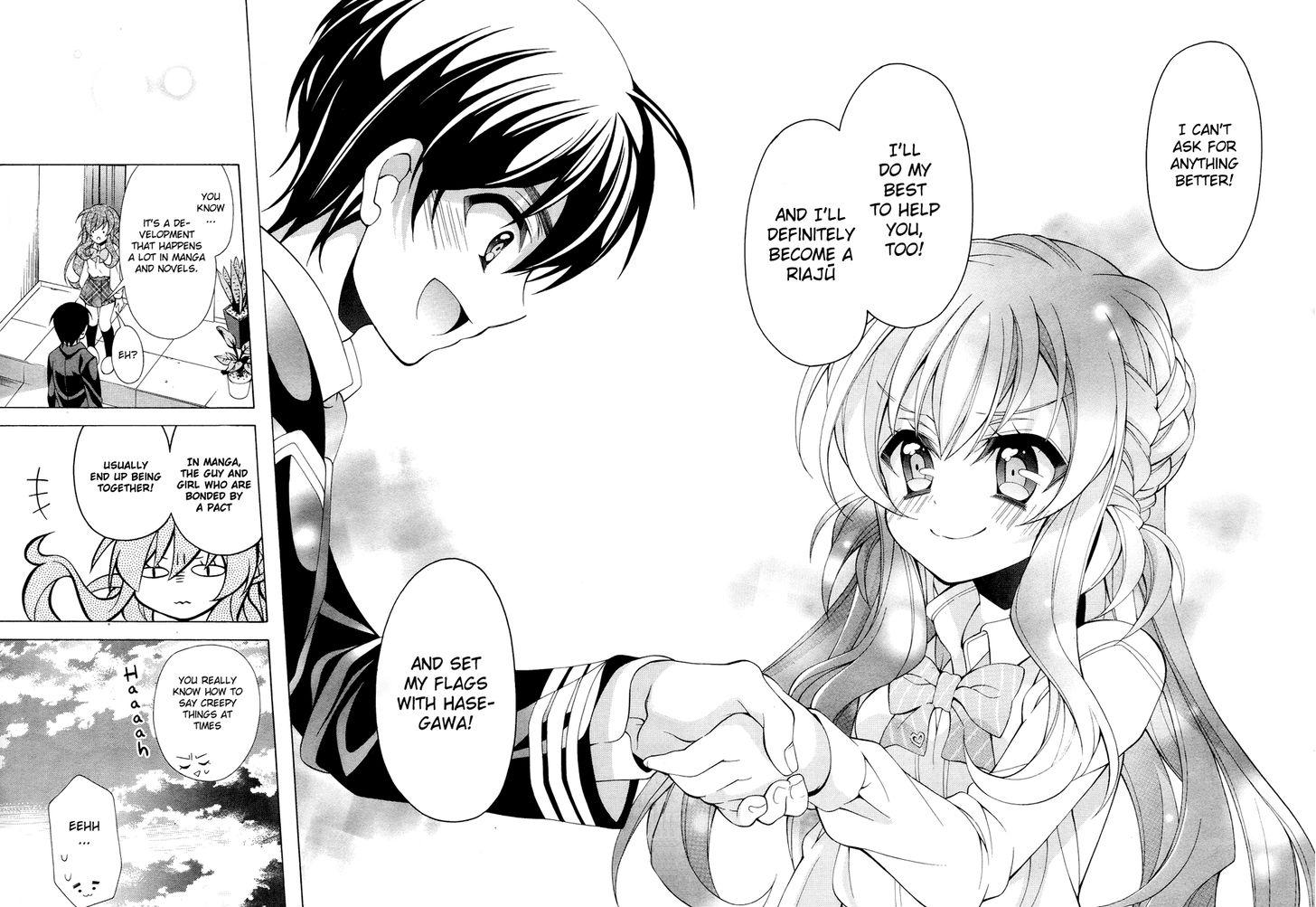 Not the answer you're looking for? Browse other questions tagged non-non-biyori or ask your own question.

6
What does "Non Non Biyori" mean?