Does Peggy's speech in the Tokyo ESP previews follow some pattern?

The Tokyo ESP next-episode previews are pretty simple. They're just a mostly static screen on which the title of the next episode appears, and Peggy (the penguin) says something which seems to be the usual cute-sounding gibberish noises. 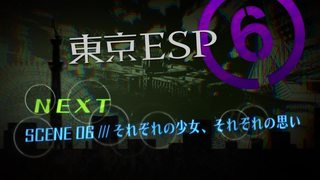 I noticed that Peggy seems to always say the same number of syllables as the title, and with a similar rhythm to how it would be spoken in Japanese. That makes me suspect that Peggy is actually saying the title of the next episode, but changes the syllables based on some pattern. Repeated syllables (like in the episode 6 preview shown above) are pronounced the same as far as I can tell, which seems to support this theory. Looking at a few English-language sources, I couldn't find any discussions of this, or even anyone suggesting that there might be some pattern.

Browse other questions tagged japanese-language tokyo-esp or ask your own question.

13
Why is it that some anime use language exclusive to the Yakuza?
7
Why do Kagura and Yomi from Ga-Rei show up in Tokyo ESP?
25
Where does the word “Nyanpasu” come from?
1
Why there are some American movie characters on the Tokyo ESP anime?
11
What is the significance of the lottery box in Yuru Yuri Nachuyachumi! OVA? And why are some of the words crossed out?
4
What's up with Mioko's speech pattern?
2
What are the markings used above some song lyrics?
7
Why are only some of the characters “color-coded”?
7
Does the word “chuunibyou” originate from the anime “Chuunibyou”?