Why is there an extreme amount of censoring in Jojo (Stardust Crusaders) on Crunchyroll?

There seems to be an extreme amount of censoring in Stardust Crusaders (black shadows, etc) compared to other anime or even the previous 2 seasons.

I don't really understand. If perhaps the smoking thing is because Jojo is underage, Sanji smoked since "day 1" of One Piece (he was in his teens). The wounds I don't understand either, as some other anime don't censor large wounds (like Fate/Zero, which I watched while it was airing on TV).

Example of censorship in Stardust Crusaders: 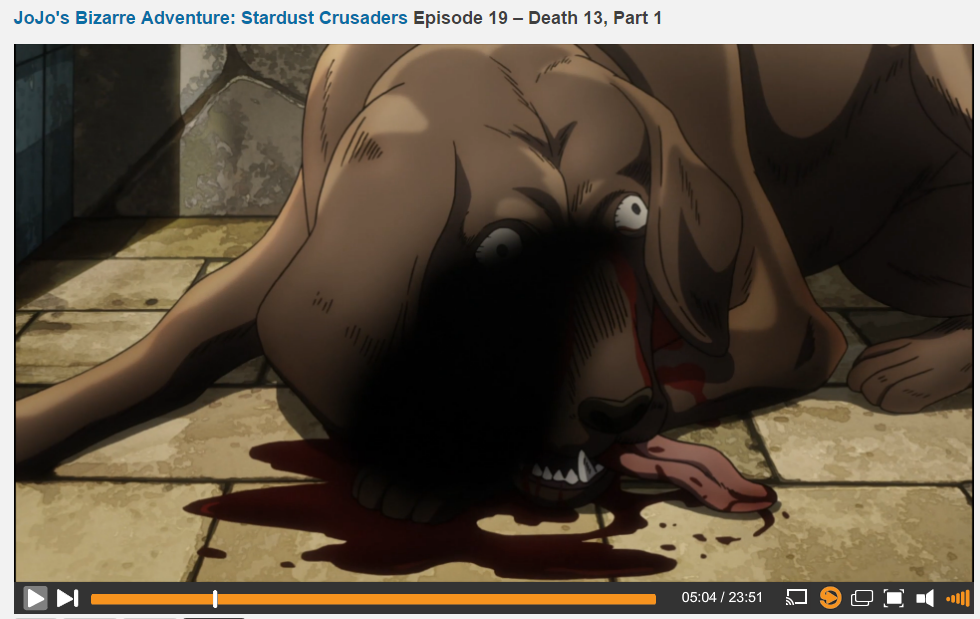 Example of Jojo season 1 no censoring on huge wound: 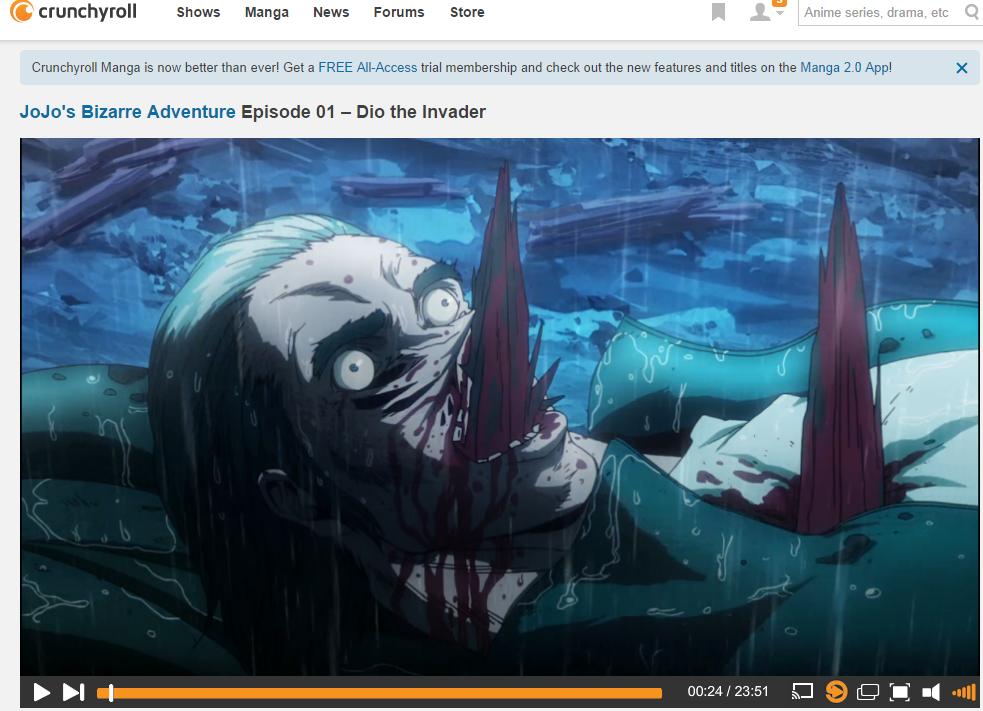 I'm watching on Crunchyroll if it matters. Sometimes it's so bad I can't even tell what happened in the scene. Why is this? If there are any laws causing this, what laws and what do the laws say?

Edit: See @senshin's answer for the correct answer. This answer addresses the question assuming the version on Crunchyroll was the same as before. I will keep this here for general reasons as to why the series may have been censored on TV.

I don't have a definitive answer, but I can offer some guesses:

I would imagine it's primarily broadcaster standards that dictate what Jojo can and cannot show. Stardust Crusaders was also on more Japanese TV networks than its prequel so it had more vendors to satisfactorily censor for.

user11503's answer is exactly correct: the earlier parts of JoJo were just as bad when they aired on TV. Here's the TV version of OP's screenshot from JoJo part 1: 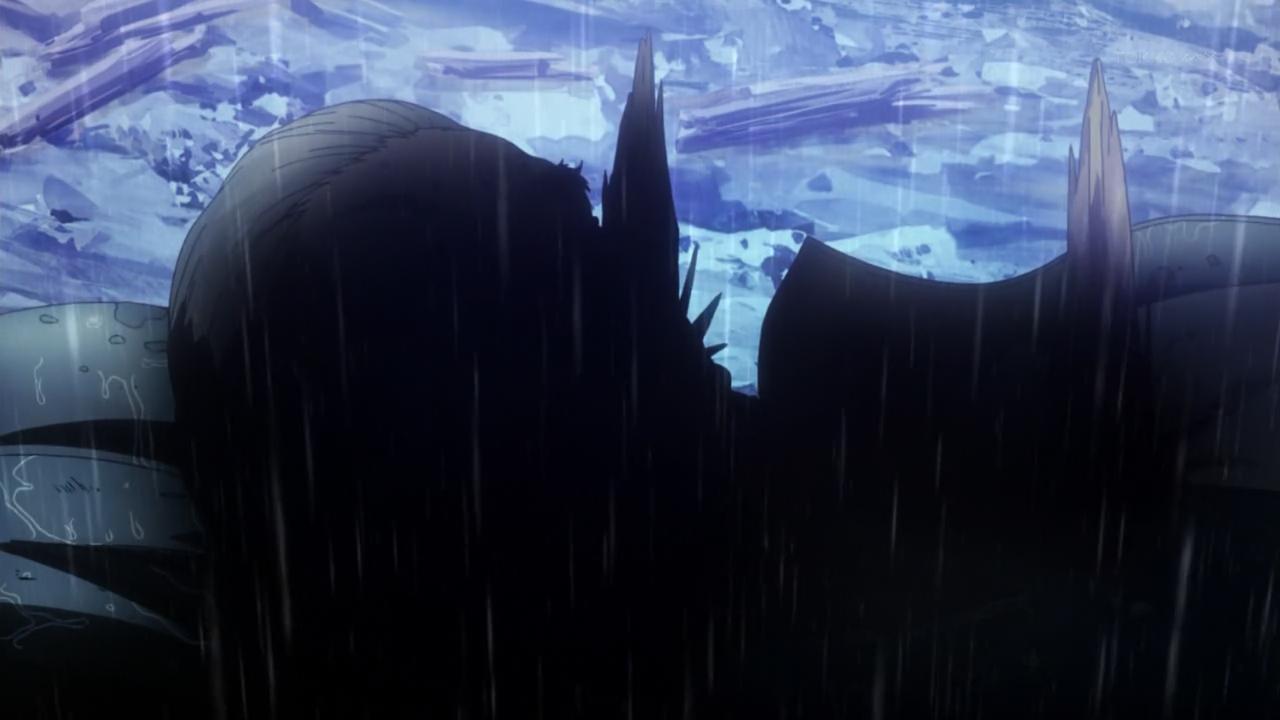 Not much better than Stardust Crusaders.

Here's what happened: sometimes, Crunchyroll only gets streaming rights to a show after the BDs have come out. This was the case for JoJo parts 1 and 2. In these cases, Crunchyroll will typically use the BD version rather than the TV version, since the BD version is almost invariably higher quality (Shaft notwithstanding). Of course, it so happens that the BD version also will be less censored.

This also happened, for example, with Madoka (no simulcast; when Crunchy got streaming rights, they used the BD version).

I think it is unlikely that most of the points mentioned in Toshinou Kyouko's answer are relevant in light of the fact that OP's assumption is false: Stardust Crusader is not, in fact, substantially more censored than parts 1 and 2. The smoking thing seems like it might be playing a role, though.

Not the answer you're looking for? Browse other questions tagged jojos-bizarre-adventure crunchyroll or ask your own question.

5
Is the version of Madoka Magica on Crunchyroll the DVD version?

8
Are there English dubbed anime on Crunchyroll?
5
Why does the website Anime Planet say that there are only 13 episodes of Natsume's book of friends, when CrunchyRoll has 39 episodes?
9
Why was the first episode of Osumatsu San removed from Crunchyroll?
6
In JoJo: Diamond is Unbreakable, why didn't Joseph use Hermit Purple to find Kira's new identity?
6
Why is there an episode 1A and 1B on Crunchyroll?
2
What's the reason DIO and Jotaro could fly in Stardust Crusaders?
5
How could “this character” come back to life without becoming a Vampire at the end of Stardust Crusaders?
1
Why there seems to be so few members of Passione?
3
Why is there a soup ladle in the mortuary in Jojo Episode 38?