When was Kite shown as a little girl?

When Gon talked with Gin on episode 146, he told him that Kite turned into a little girl.

I can't recall that scene anywhere in the series, can anyone tell me when/how it happened and where it was shown?

Kite was killed and was fed to the ant queen. When the queen was killed, she had one last baby, a little girl. That little girl was known to be Kite because she rejected the name her caretakers gave her and referred to herself as Kite. This happened in Episode 92.

Ging Freecss hypothesizes that Kite's survival has something to do with his ability "Crazy Slot"; whereby there is a number that will only appear when Kite has a strong will to survive and does not wish to die.

When a human was killed an fed to 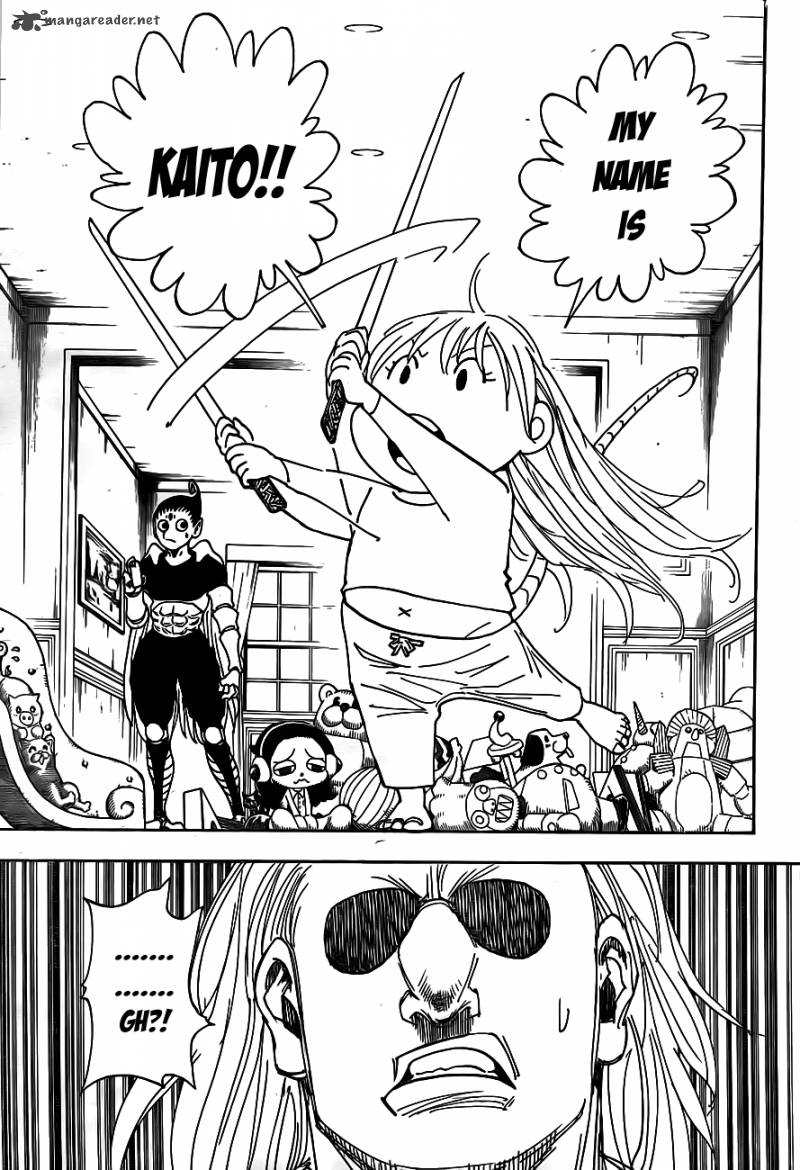 As the asker may have seen in episode 146,

Ging told Gon that Kite's weapon had a special setting which only activated when Kite was in fear of his life. The episode did not state this specifically, but implies this is what led to his reincarnation.

Episode 147 begins with a long metaphysical monologue from Koala

to the reincarnated Kite. Koala, who also remembers his life as a human assassin, wanted to apologize and explain for shooting the girl who Kite now looks like. He goes deep into his past history and his speculations on reincarnation itself. Koala hopes that the girl's actual soul had moved on, past the cycle of reincarnation. He suspects this is why Kite's soul now occupies what would have been her body. Koala had likely been planning on suicide after talking to Kite. Kite stops him and gives another option -- work for Kite and apologize every day. I gathered that Kite was offering a path for Koala to build up some positive Karma. He accepts.

Previous answers mentioned earlier episodes which described Kite was a girl. Those were just quick mentions or a quick scene. It was not until watching episode 147 that I understood the bigger picture. The aforementioned Wikia article explains a lot of this as well, but watch episode 147 as it contains the main explanation.

16
Did Gon know it was Ponzu who died?
10
What language does Feitan speak when activating Pain Packer?
5
Is it ever stated who the disappearing applicant was?
6
Who was Meruem in his human life?
4
When did Kastro dirty himself with blood?
4
How can Gon be so tough physically when he’s just a child?
2
Why does Feitan torture when Pakunoda can search someone's memory?
4
Was it not possible to see Illumi's needle with gyo?
3
Where was Kurapika while Gon was dying?