Did Death know Blair was a cat and not a witch?

At the start of Soul Eater, Maka and Soul are tasked with hunting the soul of a Witch to turn Soul into a Death Scythe. The target is normally assigned by Lord Death as to avoid the Meister/Weapon group from getting killed.

During Maka's/Soul's fight with Blair, Death comments that there's "something odd" about her (right before he Reaper Chop's Spirit for Spirit's comment on Blair's body), then we learn she is actually a cat with a lot of magic. As a consequence, because Maka and Soul messed up the final soul, their previously collected 99 souls were confiscated.

From what Death said during the fight, it didn't seem as if it was a test to see if Maka and Soul could correctly identify a Witch. So I am wondering, did Death know Blair was a cat? If not, why did Maka/Soul get punished when he himself thought that she was?

I read through the first volume again, and it's quite clear that Death believes this to be a witch. Take for instance, the following page: 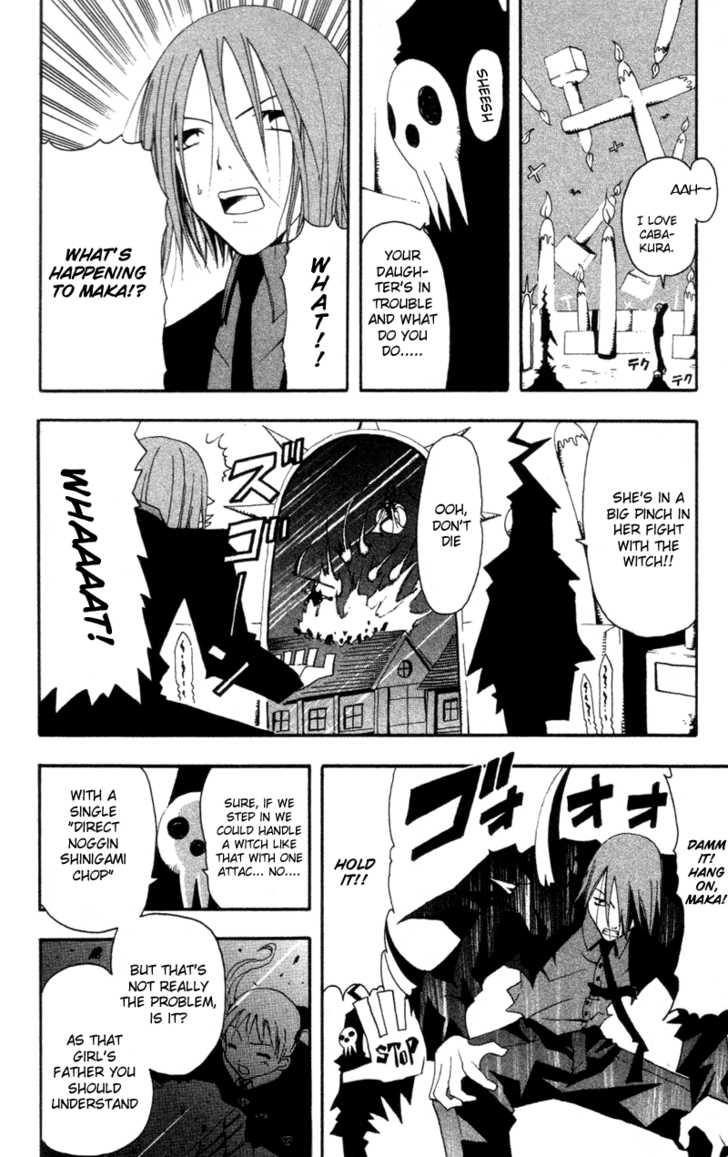 Here Death makes several references to Blair as being a witch. He makes no mention that contradicts this belief. In fact, I cannot find anywhere in the manga where Death states there's something odd about Blair, so it appears that part was actually added in the Anime.

As for why Death "confiscated" them, I believe that is also something added in the anime. The first volume of the manga ends with Maka asking "Does this mean we failed?", with the second volume going into Blackstar's introduction. I couldn't find anything regarding "confiscated" souls after skimming over the first few volumes.

From what I remember, the 99 souls were not actually confiscated. Because the 100th soul he ate was a cat's, he had to repeat the whole process of hunting 99 red souls again.

Think of this as a "soul-meter", the goal is to fill it up to 100 (99 being red souls and a soul of a witch). Initially, he had 99 souls already eaten, and he had one more soul to go. He then mistakenly ate a cat soul, thinking it was a witch. This caused the gauge to drop back to zero.

8
Why have Soul and Maka got 0 souls in chapter 001a?
11
When did the Soul Eater anime and manga diverge?
11
What happens to the Meister when they complete a Death Scythe?
4
How do Demon Weapons work in Soul Eater?
2
When did BlackStar and Tsubaki swap?
5
In Soul Eater, does the rest of the world know about Demon Weapons and the DWMA?