Who is this mystery girl with blue hair?

In Captain Earth, there is a girl that appears only in two occasions during the series, when Daichi gets his Livlaster, and at the ending.

She is featured in the opening, so at first I confused her with Setsuna, but the hairstyle was different (huge giveaway they were not the same person).

So who is this ex-machina-lady? (huge spoiler if I had to explain why the ex-machina part) 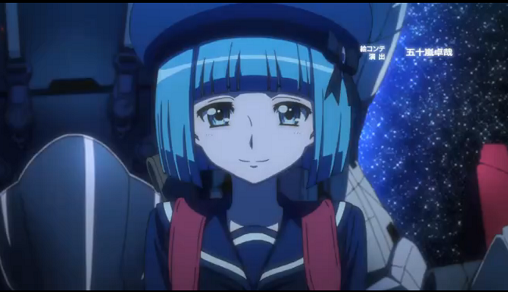 Some speculation in the talk page for Hana Mutou put her as the human form of the Space Squirrel Pitz, the incarnation of the Livlaster, or something otherwise.

Since that is just speculation, I would like to rule that source out. Can anyone point another source to her bio?

The fact is, we don't have a clue from the series. Our best guess is the Livlaster.

Reason 1 - They were confirmed to be living things with a will, but we never really "met" them. We met the machines, but not them, which is odd.

Reason 2 - Her color style is the same as Daichi's Livlaster, so there is reasonable evidence to make the connection.

Reason 3 - She was first seen when he got the Livlaster. She is only seen with Daichi during critical moments for him. So she and he are connected.

The next best option is Pitz, but we never gave a corresponding figure for the other squirrel. However, this is probably the second best theory based on the evidence. Following that theory is a new character (like a planetary gear) to intro into a season 2. We have no reason to suspect this, but hey, we don't know. Lastly is Daichi's mom. He lives with his uncle, his dad died, so we have a missing mom figure. Maybe there's some backstory?

She is both Pitz and the Livlaster, both Pitz and the girl have the same eye shape and color and she appeared to Daichi to give him the Livlaster. It is pretty much confirmed because the other squirrel Lappa disappeared after Siren regained her memories, but it returned to her after her ego block was destroyed.

Not the answer you're looking for? Browse other questions tagged captain-earth or ask your own question.