In a side quest of the first Hyperdimension Neptunia game, you fight a boss called Macaroon. Here's an image of her (unsure if this is from the original or Re;Birth) 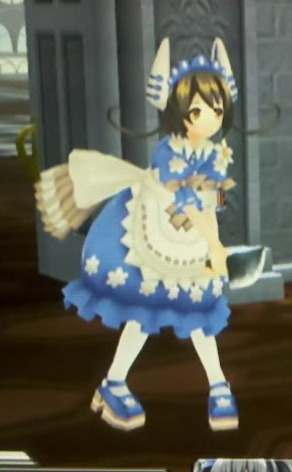 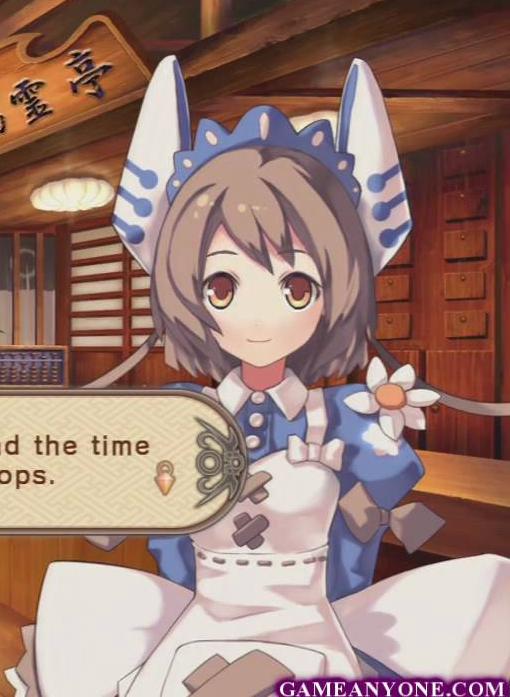 I've played though the Disgaea Games (with the exception to Disgaea D2: a Brighter Darkness, but it was released after Trinity Universe and Hyperdimension Neptunia) and I haven't seen her, so I assumed that she is a Gust character probably from the Atelier series, since both games feature Gust characters (Hyperdimension Neptunia has a character who represents Gust called Gust like how NISA has Nisa).

I thought she'd appear in the Atelier Iris series, but I'm currently on the third one and I have yet to meet her, but I know some of the Atelier Games were never localized and I'm assuming she's from the Atelier series (Gust also did Ar Tonelico and Ar no Surge).

So I am wondering, where does she appear? Or was she an original character only used in cross-over works?

According to Torisuda's answer to another question of mine Macaroon seemed to be an original character in Trinity Universe.

Since Trinity Universe came out in 2009 and Hyperdimension Neptunia in 2010 it would seem that Macaroon is an original character used in cross-over works as such doesn't appear in any other previously released Gust Game.

Not the answer you're looking for? Browse other questions tagged atelier hyperdimension-neptunia or ask your own question.

1
Which Trinity Universe Characters belong with each developer?

4
Are the Iris's the same person?
1
Which Trinity Universe Characters belong with each developer?