There are actually a lot of ideas about that, and one is that Goku spent a long time training in the heavens, where power is limitless and that is said to have greatly strengthened him. Vegeta on the other hand, never had that chance. As a note, Vegeta did reach Super Saiyajin 4 after gaining power from one of Bulma's machines, then he fused with Goku to beat the One-Star Dragon.

As an additional note to the accepted answer, Gotenks was able to reach SSJ3 only because the fusion dramatically increased his power.

Gohan never reached it because he had the Old Kai awake his sleeping powers (Mystical Gohan form) which made his power comparable to a SSJ3.

Super Saiyajin 3 transformation takes in a lot of energy. And to perfect that form, Goku needed to work on his stamina, which he did when he was at King Kai's planet.

Prior to fighting Kid Buu, he had not perfected the form. Infact, that form was even hidden from Vegeta, because Vegeta had no clue that there was a possibility of moving beyond the Super Saiyajin 2 level. In case you remember, when fighting Kid Buu, Goku tried recharging himself in the Super Saiyajin 3 form, when Vegeta was the bait, but he failed to restore his strength, unlike what he expected.

Likewise, while fighting Beerus, his energy was not even close to that of the God of Destruction. I think , the SSJ 3 form is a form that requires extremely high energy surge. As for Gotenks, SSJ3 was possible, because of the combined strength of Goten and Trunks.

As for Vegeta, well, even though he is the Prince of all Saiyans, he lacks the potential to power up to that level. And he lacks training, unlike Goku, we can never stop himself from continuing to train and fight.

Half saiyans have the potential to reach SSJ3, however, Toriyama hasn't focussed much on the SSJ3 transformation part. And there ain't no discrete logic to support the transformation as such. 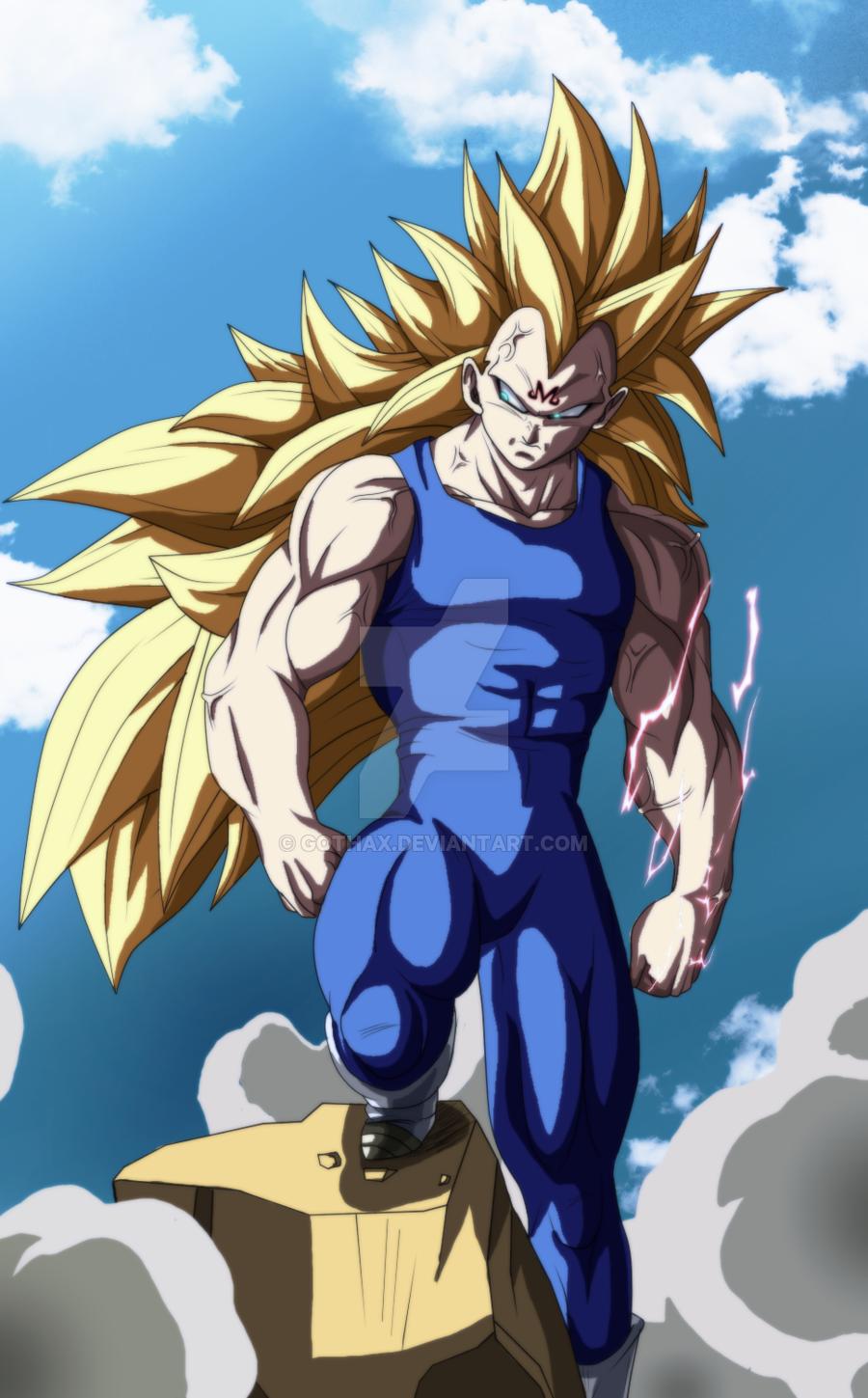 Not the answer you're looking for? Browse other questions tagged dragon-ball dragon-ball-gt .

4
How did Goku and Vegeta alone end up on Earth?
3
Why couldn't Goku use the Nimbus to rescue the Ox King from the fire?
2
Why was the nudity not censored in Dragon Ball?
4
What happened to the other androids in Dragon Ball/Dragon Ball Z?
3
DBGT: Does Goku die of old age when he turns SSJ4 in the future?
3
Time period between the use of dragon balls during Namek Saga
2
Why could Goten and Gohan not resist the Baby controlling them while Trunks was able to?