Why do they call their Sensei by his given name?

I read that in Japanese culture a person's given name is used very rarely except for children, so I guess that's why for example Naruto refers to Sakura Haruno as Sakura. But why do they call Kakashi Hatake "Kakashi Sensei" and not "Hatake Sensei"? This also applies for all the other teams and their teachers.

The main reason is Naruto's Universe is different from ours.

In most of the other anime where the story takes place in Japan, Japan's mode of addressing applies. Calling your teacher and your female/male friend by family name. Calling each other by name if you are a lover or male-male or female-female friend. Respecting your seniors by calling them Senpai, etc.

However, since Naruto takes place in a different universe, the mode of addressing is different. In Naruto, you can find people not only calling by their names but also by their nicknames. Naruto has nicknames for most of his friends, sensei, and elders, like Rock Lee-Bushy Brows, Ero Sennin-Jiraya, ... which you mostly don't find in real life.

This is not limited to just Naruto. One Piece, Attack on Titan, and most of the other anime where their universe is different from ours (or Japan), the usual Japanese mode of addressing doesn't apply.

I agree with the other answers which point out that the Naruto universe doesn't necessarily follow the Japanese culture in our real life. However, in case of Naruto, there's one other reason.

Not just the jonin teachers, but pretty much everyone in the Naruto universe addresses everyone else by their first name.1 This practice seems to have its roots in the shinobi rule of guarding one's surname from strangers, which was strictly followed in the times before Konohagakure was founded. (Chapter 622) 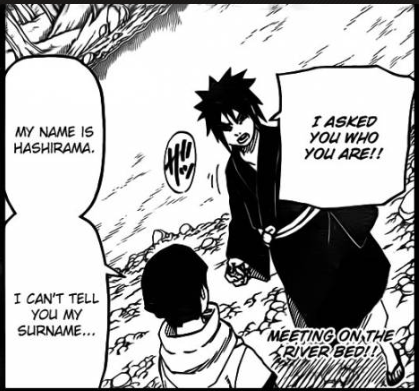 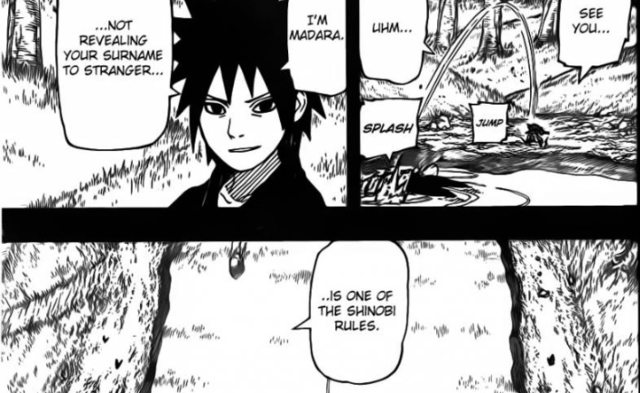 After Konohagakure was founded, it was no longer necessary to hide your surname, but the habit of calling people by their first name remained. Nobody felt the need to reconsider the practice and think, "Hey, we don't need to hide our surnames anymore, let's just call each other by our surnames from now on, mkay?" (If it ain't broken, don't fix it.)

1 The Third Hokage, Sarutobi Hiruzen, seems to be the only major character who is an exception, as everyone addresses him by his last name.

It could be because Naruto doesn't take place on Earth and so the culture is 'Japanese-esque' with certain differences. Or it could be to encourage feelings of comradery between teacher and students so they work better as a team.

28
Why does Naruto use his mother's family name?
5
When did Naruto mention his name to Jiraiya?
0
Why did they change the Lightning Cutter's name to Chidori?
10
Did Kakashi eventually surpass Itachi, Jiraiya, Tsunade, and Orochimaru?
8
How did so many people get away with cheating during the written portion of the Chunin Exam?
4
In which episode does Kakashi think Naruto is his sensei?
7
Is Kakashi in love with Kahyo from Kakashi Hiden?
1
How Did Naruto Know The Message His Parents Gave Him Before They Died?