According to this Wikia page, where it discusses the difference between TV and DVD:

One of the most notable differences is the change of Nanoha's infamous "dead" expression when casting Crossfire Shoot on Teana in StrikerS to a more disappointed one.

When I bought the DVD Set which had all 3 series and the 2 movies from eBay, I assumed it was the proper Japanese DVDs. However, given how often the subtitles change fonts and how the translation of the names and terminologies changes in later episodes, it's obvious the seller made the copies from fansubs.

That being said, I am unsure if the episode I saw were ones from the DVD release or the Japanese television release.

So I am wondering, what is Nanoha's "dead" expression? How does it compare to her disappointed one? And why would it be changed? 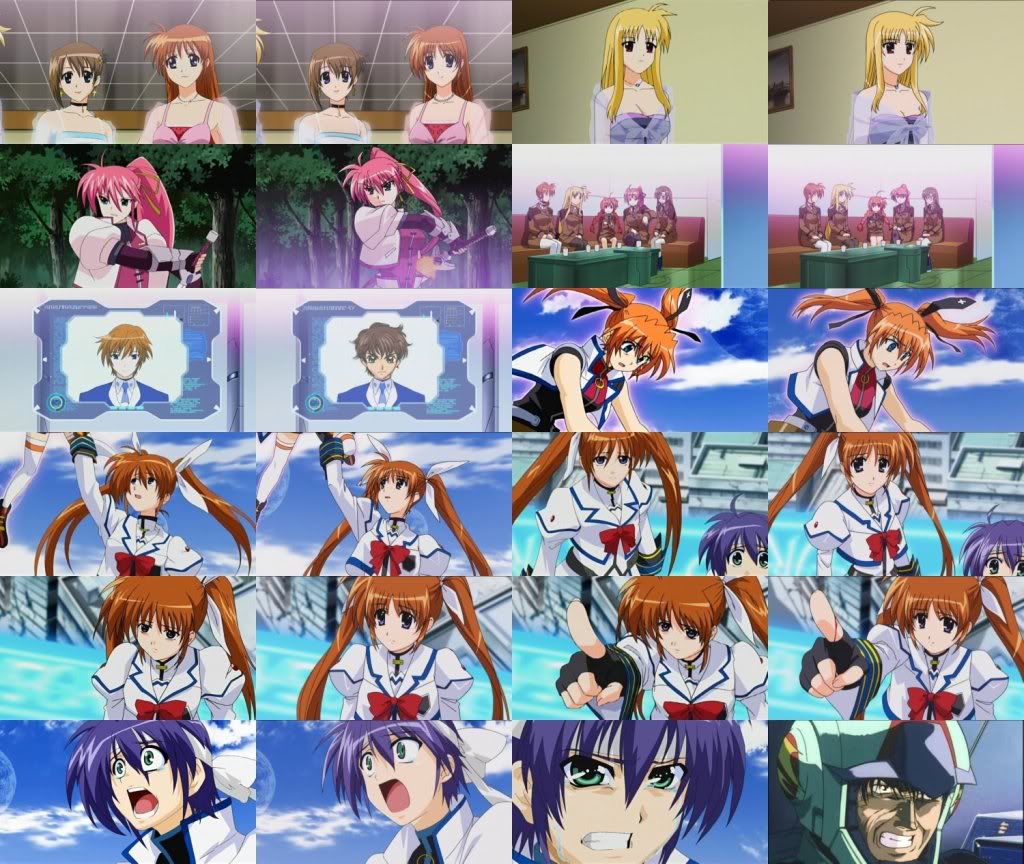 The image consists of comparison shots between the TV broadcast (left) and the DVDs (right). Except for the bottom right one, obviously. The rest are legitimate images.

This is the infamous white devil scene from StrikerS, and you shouldn't have much trouble noticing significant differences in the faces, especially in Nanoha's.

The severity of the difference should also suggest why it was changed: they decided Nanoha's reaction and characterization in that scene were inappropriately grim and harsh. In the broadcast, she is mortified into brutality. In the DVDs, she is disappointed but cool and in control.

3
What are the Lost Logia?
1
What are the nationalities of the magic weapons?
2
What differences are there between the Magical Girl Lyrical Nanoha anime and manga?
1
What are Rein's capabilities with others?
3
What was wrong with Presea Testarossa?
0
What do Belken Devices say for “load cartridge”?
0
What do I have to watch before watching “Reflection”?