Who are the "black" and "white" characters?

In a TYPE-MOON Ace 7 - 10 year Anniversary interview, Nasu Kinoko, Takeuchi Takashi, Urobuchi Gen were asked a number of questions. while i was looking up for any interview about Alexander's name choice for another answer here i came acorss this (may have to expand Reference 8)

Q: Having the "black" one as the main character and the "white" one as the villain is a refreshing idea. Then, how about the red Saber (Saber Extra), who appeared in Fate/Extra?

Uro: That character is completely disconnected from the other Sabers. Personally, she looked like a female Gilgamesh to me.
Nasu: If I had written Fate/Zero, then Iskandar would have been a character like Red Saber. In my mind, I can only see Iskandar as a worthy opponent to Gilgamesh, but the Iskandar Urobuchi created was an excellent, wild, and unprecedented character that I could have never thought up. But I want to surpass him somehow, so maybe Red Saber was born out of my drive to create a different tyrant from Iskandar.

Just from the comments made by Nasu and Urobuchi i would suspect that when the question talks about "black" and "white" they mean the alternate forms of Saber-Arturia, Saber-Alter (black) and Saber-Lily (white) however i don't know any Fate/ work which has Saber-Alter as the main character and Saber-Lily as the villain.

I'm wondering who these "black" and "white" characters are and where they appear in the roles mentioned in the question? 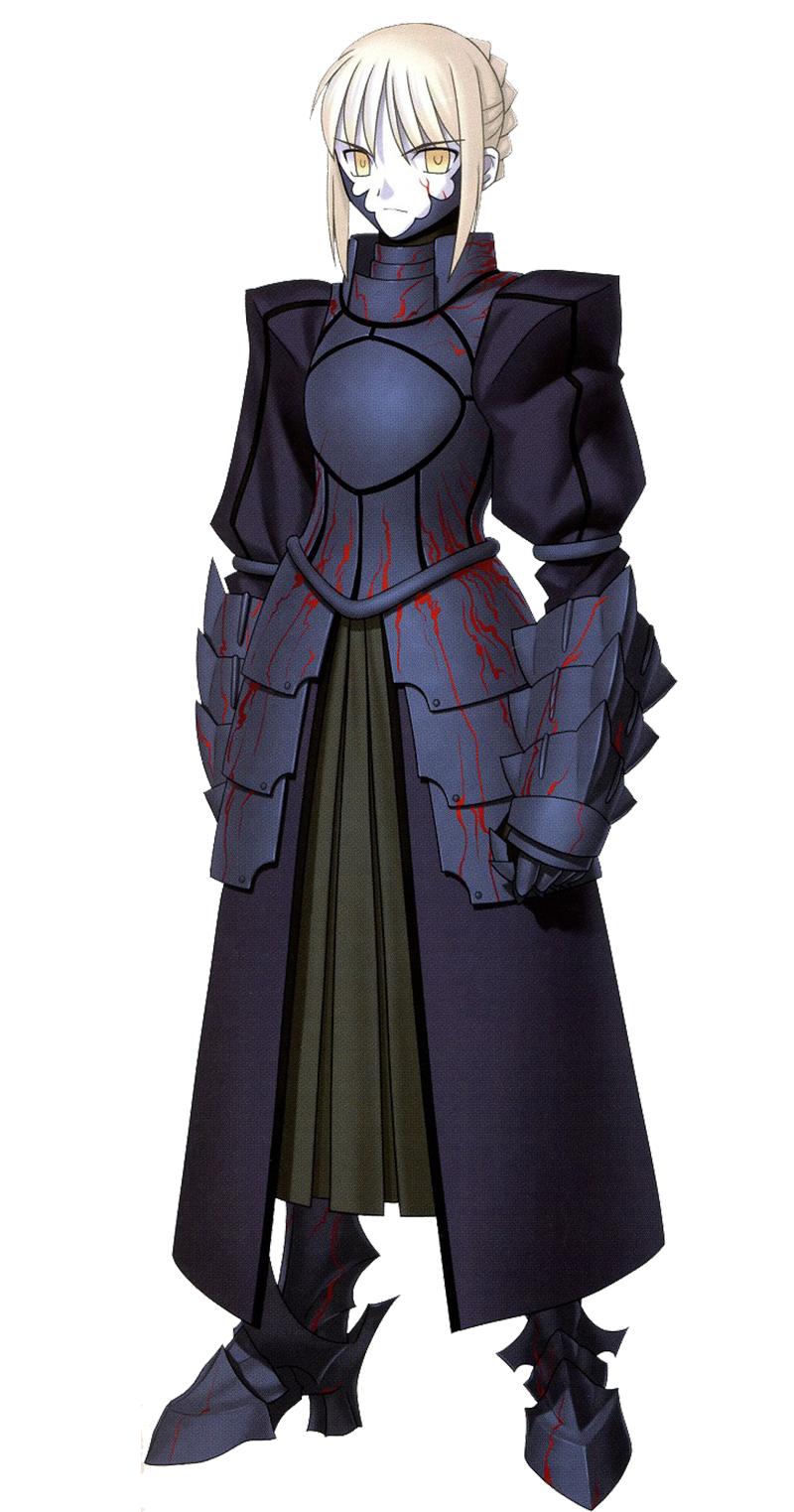 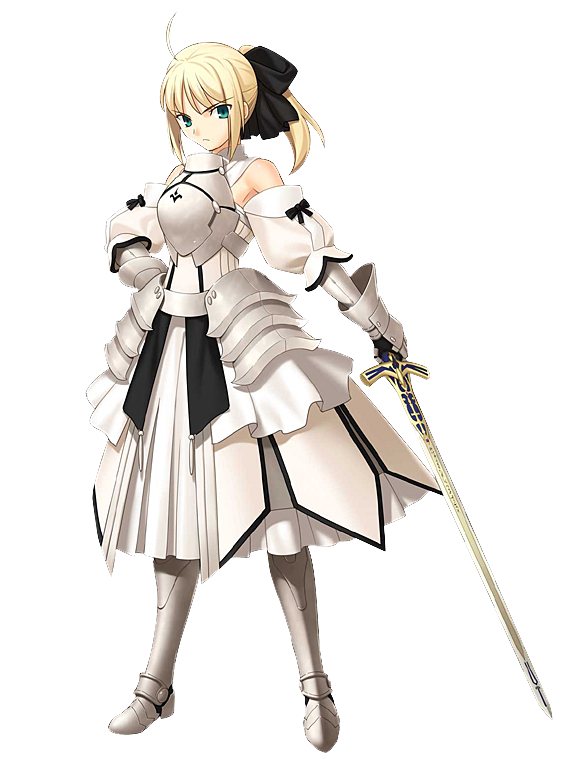 By taking the previous question into account, the meaning is pretty clear.

OK then, we'll change topics. Saber has a lot of alter egos like Saber Alter and Saber Lily. How do you see them, Urobuchi?

Uro: What I imagine is that for the Saber Lily storyline, in Fate/stay night, Saber was completely beaten by Caster, and so she became one of her Servants. Like, she thought "I'd be way better off with Caster than with Shirou." (Laughs)

Nasu: I never thought of that. Interesting. So in other words, the white dress represents how both her body and soul have been tamed by Caster. So Lily is truly like a "lily" to Caster... you crazy bastard, you did it again...

Takeuchi: Lily's design was inspired by the dress she wore when Saber was captured by Caster. Then, we just filled it with feminine qualities that Saber lacked and it became what it is now. So basically, I think Urobuchi really hit it close to the mark.

Uro: Really?! Lily looked like a villain to me from the moment I saw her. Imagine her appearing from behind Caster, really working those heels! Just thinking of it gets me excited!

Takeuchi: But in terms of villains, don't we already have Alter?

Nasu: Alter is an idealist who clings to her own values even though she's been blackened. In that respect, she isn't a pure villain.

Uro: For example, Alter's like how Hakaider was in Mechanical Violator Hakaider (*8). And Lily is the enemy she would face. The wrinkles in the corners of her eyes are proof to that. She'd shine as a villain.

^ (This part is most pertinent in the hypothetical "Black vs. White" scenario posed between Urobuchi and Nasu)

Nasu: Then after defeating Lily in battle, Alter would jump on a motorbike in the last scene and ride off into the sunset. Then the narration would come in: "She is a modern knight, who lives in a world of darkness!" (*9)

Takeuchi: Motorbikes aside, (laughs) I do think it'd be interesting to add meat to Lily's character in that manner.

It is indeed a you assumed, but the interviewer merely mentioned hypothetical possibility of series where Saber Alter as the protagonist and Saber Lily as the antagonist would be a refreshing story idea.

Not the answer you're looking for? Browse other questions tagged fate-zero fate-extra or ask your own question.

7
Are all of the Holy Grail War servants based on real heroes?
3
Regarding Shirou and Kiritsugu's attempt to destroy the grail
3
Who are the three Homunculi that are with Irisviel and Saber?
9
Is there a single member of the Einzbern family who is a human being?
6
Who are these soldiers from Rider's Ionioi Hetairoi?