How to differentiate Nekomimi from Inumimi?

So, how to differentiate Nekomimi from Inumimi? They looks quite similar.

Both words can be summerized with Kemonomimi (獣耳) what just means animal ears.

Kemonomimi, literally meaning "animal ears", is the concept of drawing animals as bishōjo or bishōnen, or having such characters wear animal accessories such as ears or tails. Catgirls and catboys are the most prolific in this category, although bunnygirls, foxgirls, and dog girls are also common. Kemonomimi characters typically appear human except for added animal-like qualities.

Nekomimi and Inumimi are some more accurate designation for such designed characters. But there is one essential difference.

Traditionally they only wear a headband with the ears of the animal they dress up without a tail or paws.

On this picture you are able to clearly see the difference between this two species. Left a Neko and right a Inu styled girl. 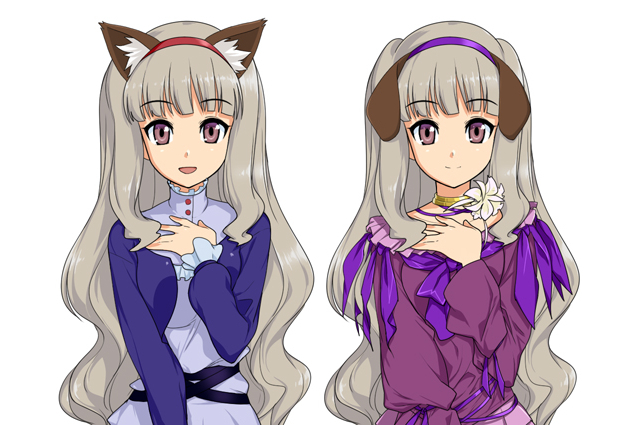 Picture from the nonoshirip blog.

It is not always that easy to find out what is shown at the moment because there are also some Inumimi with pointed ears. But you are also able to recognize them apart by the tail.

As before, Nekomimi have a tail like the tail of a cat. Inumimi more like a dog. Here is a picture with the tail. Again left the Neko and right the Inu styled girl. 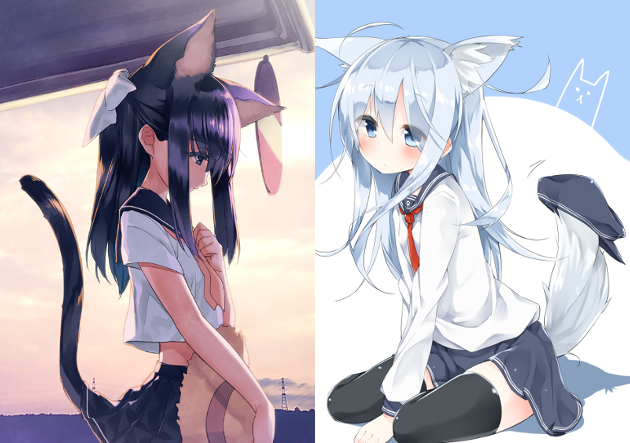 Sometimes it is very hard to recognize them apart only by the ears. If you really want to know who is who you need more characteristics than only the ears.

But watch out! There are Kemonomimi that look similar to the cat or even more the dog... A example are Kitsunemimi (狐耳) what means "fox-ears" or Okamimimi (狼耳) what means "wolf-ears". 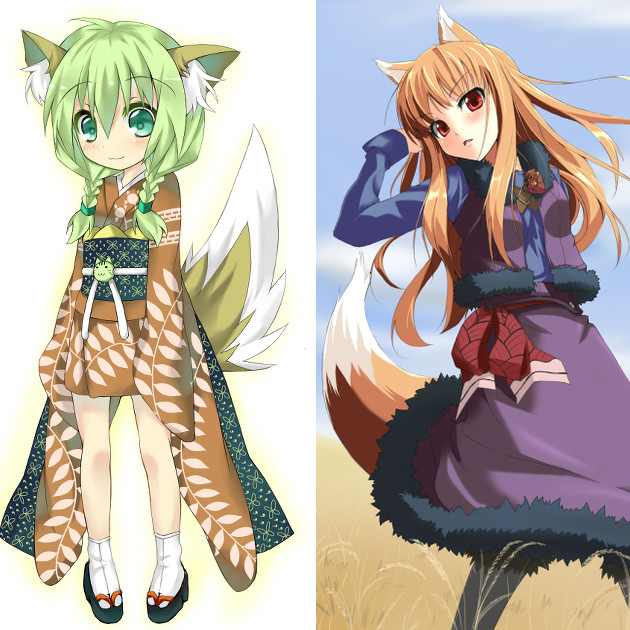 You could guess who is who? Left is the fox styled girl and right is the wolf girl. And this is a example where it is actully very hard to find out what Kemonomimi style the character is designed.

Not the answer you're looking for? Browse other questions tagged terminology .

22
Why are romantic events sometimes called "flags"?
54
Where does the term "waifu" come from?
1
Where does the term "3D girl" come from?
7
Definition of a reverse trap
10
What exactly does "best girl" mean and where did the expression originate from?
6
On the origins of the term "forced drama" as it is used in discourse about anime
1
Filler episodes
7
What is it called when an anime character is emotionless on the inside and sweet/kind on the outisde?
0
Why MAL (MyAnimeList) is putting light novel and comic together?
5
Just what does the word "canon" mean when referring to anime?