What's the significance of apples in the OP?

In the OP for the Denki-gai anime, it seems that apples are the main theme.
Not only is the song called "Kajirikake no Ringo" (A Half-Bitten Apple), but apples are also seen several times: 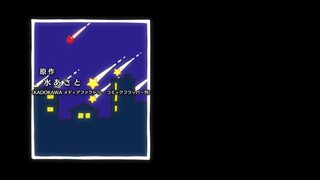 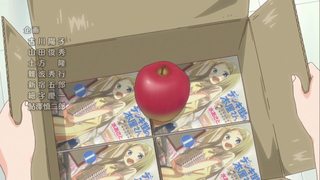 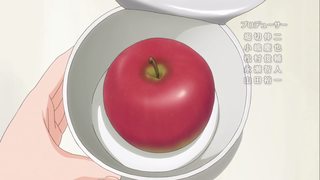 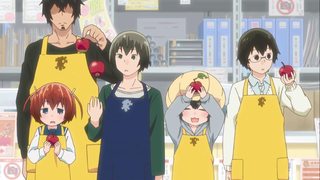 I don't remember anything apple-related in the manga, so I'm assuming this is no reference to something that has happened there.
What's the significance of the apples?

The lyrics of the song give some clue as to what this could mean. Here are the original lyrics in Japanese. I've cut out all the verses except the choral ones which mention apples. The others are slightly relevant but not necessary.

Here's an English translation of the above. I've prioritized literal accuracy in the translation, so it isn't particularly poetic and the lines are rearranged a bit to make them flow in English.

Who was it that took and then fled
a bite from my sweet, painful heart.
The feeling of love in my wavering heart
is like a half-eaten apple.

Who was it that took and then fled
a bite from my fragile heart.
The feeling of love in my trembling heart
is like a half-eaten apple.

Whether I'm dreaming, or looking up in the clouds,
I can't help but think... of you.
The sparkling, popping feeling of waiting for our season together
is like a half-eaten apple.

The feeling of love in my wobbling heart
is like a half-eaten apple.

From this, it's clear that, in the context of the lyrics of the song, the apple is a metaphor for the singer's heart. It is half-bitten because a piece of it was bit off by someone. Exactly who among the characters the singer is supposed to represent is unclear. The singer is Taketatsu Ayana, who is also the seiyuu of Fu-girl, but it seems like the lyrics could apply equally well to most of the female characters in the series, and indeed based on the animation it seems to be for all of them.

If we take this to apply to the scenes in the OP animation, the fact that the characters find apples seems to symbolize them discovering their love. The OP also features the pairings between Umio and Sensei, Hio and Kantoku, and Fu-girl and Sommelier, which seems to more-or-less reaffirm this interpretation. The apples they have in the OP aren't half-eaten, but I'm not sure there's any reason to read into that very far.

As for why they chose an apple as the object of the metaphor, I don't know. There could be a reference that I'm missing. This is perhaps a large part of the question, so I'm not convinced this answer is complete.

7
What's the design on their aprons?
1
What is the meaning of the Yellow balls in the second episode of Denki-Gai?