Where did these songs appear in Black Rock Shooter?

I imported soundtracks for the Black Rock Shooter anime series (not OVA). As per my normal procedure, after getting them, I then searched for torrents of the same soundtracks so I could get ripped .mp3 versions (or FLAC which I could then convert to .mp3) which had the metadata and cover scans for when I put it on my iPod/iPhone (saves up on time having to edit 7589+ songs).

In the process, I found out that I didn't have one of the soundtracks in the torrent. It consisted of 3 tracks. (Note: these are how the track title meta data had them named)

All 3 had the Artist Meta Tag as ONE OK ROCK and the Album Title as AZCS-2013 (I think it's a catalog number). Below is the corresponding cover scan. 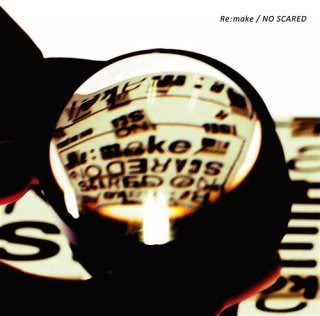 Though I didn't buy the soundtrack, I decided to listen to it to see if I had missed a soundtrack. It was good music, but I don't remember any of it. I know it's definitely not the Opening as that's the Hitsune Miku Black Rock Shooter song.

No Scared is the opening to Black Rock Shooter: The Game (on PSP).

Not the answer you're looking for? Browse other questions tagged music black-rock-shooter or ask your own question.

14
Is Black Rock Shooter the only anime soundtrack that features vocaloid singers?
5
What connection is there between the Black Rock Shooter anime and PSP game?
7
Why are there songs in OSTs and music albums that don't appear in the anime?
0
Where did the song "Yume ni Katachi wa nai keredo" come from in One Piece?
0
What is happening in the first episode of Black Rock Shooter?