Is there any meaning behind Kirino's octopus plushie?

What is the meaning behind Kirino's octopus plushie? Does it have any significance in the story, or is it a symbolic reference to something? Or did the author simply like the design so much he decided to include it?

I'm just curious about it, because while it was not given much attention in the anime, it did appear in most of the episodes.

I believe the octopus plushie wasn't in the novels, so I don't think it has much significance. It seems to be something that was added as a visual leitmotif for Kirino in the anime, like her whale slippers, which were often used to identify Kirino in shots focusing on the feet. (Apparently she likes sea creatures.) When you see that octopus plushie, you know the scene is taking place in Kirino's room, just like when you see those whale slippers, you know those legs are Kirino's legs. The plushie is used like this in the opening animation a few times too.

The interior wasn't much different from my [Kyousuke's] room, except with a more reddish coloring.

However, the big difference is that it has a computer desk.

It suits my image of Kirino well, not being the individualist, but quite modern.

It sounds extremely boring, and that's probably the point—all of Kirino's unique possessions are hidden in her otaku closet. But since so many scenes of the anime take place in her room, the animators probably wanted to decorate it a little, while keeping the decorations consistent with Kirino's character. Many teenage girls have stuffed animals, so it makes sense that Kirino would have some, since she tries to portray herself as normal except better. Having them lets her keep "not being the individualist" because they keep the room from looking abnormally dull while she keeps the dangerous stuff sealed in the otaku closet.

The octopus has actually made it into a figure of miku, so it has to mean something. 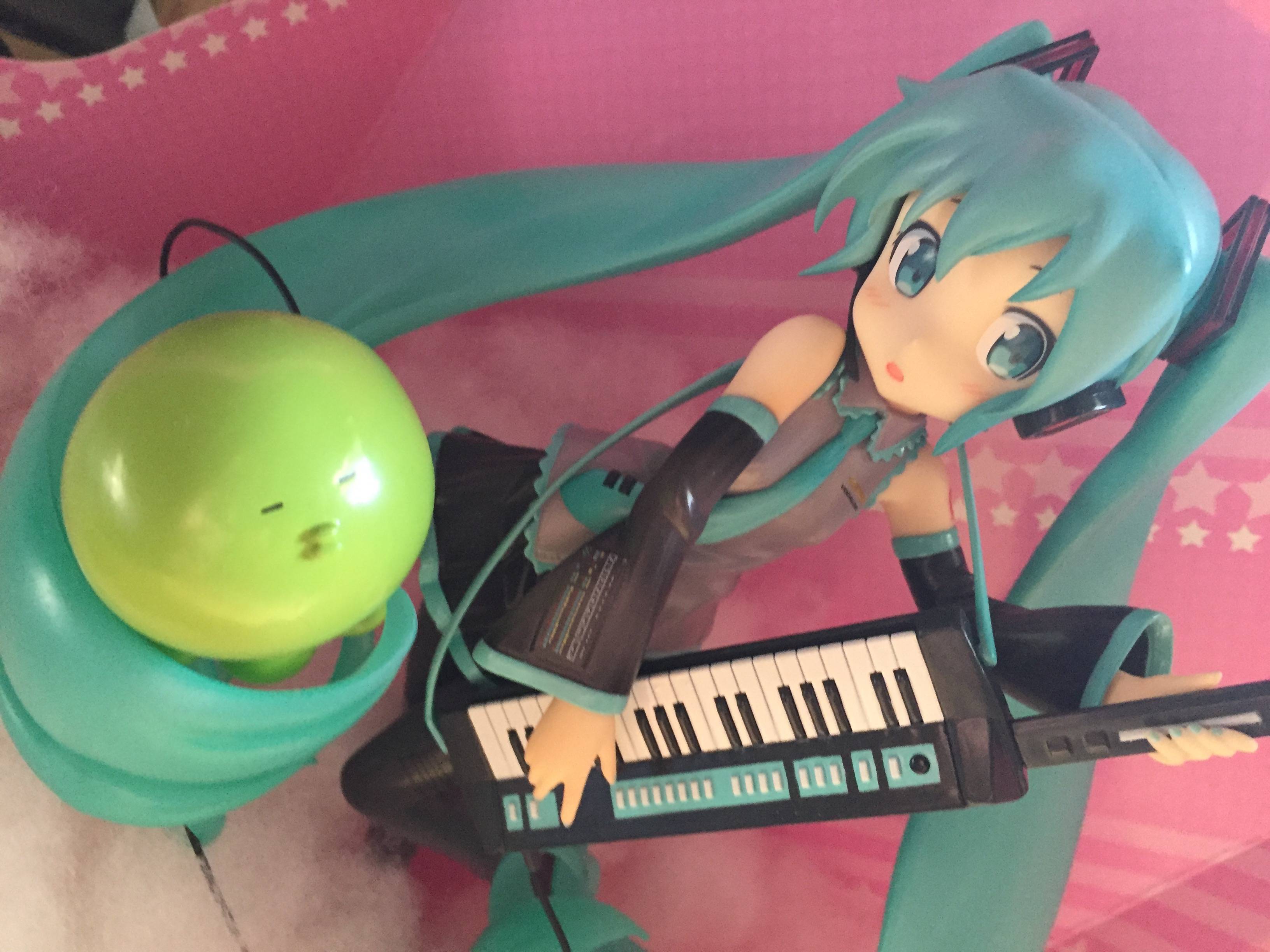 see? some people think the octopus is kanzaki hiro, the illustrator and designer of oreimo (not the writer). he also animates, so he might have animated the plush in, but i'm not sure if he animated oreimo- though it looks really close to his style.