Why did Guru come back to life?

During the Namek Saga of Dragon Ball Z, the first wish to Porunga was to bring Piccolo back, next was teleport him to Namek but before the third wish could be granted Guru died making the Namekian Dragonballs useless.

After Freeza sets Namek to explode the Dragonballs bad been collected on earth (now that Kami was back) and the wish made to Shenron was to "Bring back everyone who had been killed by Freeza". after this the Namekian Dragonballs come back and Dende uses the final wish to teleport everyone except Freeza and Goku to earth.

what i don't get is how Guru was resurrected when the wish to Shenron was to bring everyone Freeza had killed back to life, why was Guru brought back to life even though he wasn't killed by Freeza?

This is all explained by King Kai during the Freeza Saga in chapter 321. 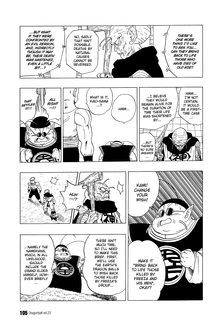 Kami replied positive, saying that even though it'd be a first-time case, he'd believe it would be possible to revive those that indirectly died. They would then remain alive for the duration of time their life was shortened by.

King Kai: What if they were confronted by an evil person, and, indirectly though it may be, their death was hastened, even a little bit...?
Kami: I believe they would remain alive for the duration of time their life was shortened by...

Knowing this, King Kai asked not only to bring back those killed by Freeza himself, but also by his henchman (Eg: which would include Vegeta).

It's true that Grand Elder Guru was not directly killed by Freeza's hands, but his death was someway caused by Freeza, according to Dragon Ball Wiki:

He dies before Frieza is defeated, of a combination of a broken heart and stress (both brought on from repeatedly sensing his children's deaths at the hands of Frieza's minions).

So the way Freeza and his minions decimated his race caused his death. So the wish "Bring back everyone who had been killed by Freeza" involves a lot more cases than only the ones that died from Freeza's hands. It also involves the ones killed indirectly by his acts.

To confirm this, the Wiki also says:

King Kai chooses to revive him and all the other victims of Frieza's army with the Earth's Dragon Balls so the Namekian dragon, Porunga, would be brought back. The wish revives Elder Guru because Frieza's murder of the Namekians caused Guru to die of grief.

They actually address this in the anime. Guru died from a broken heart due to Frieza's genocide of his people and utter destruction of his home planet. So technically, Frieza did kill guru, even though it wasn't directly, he was still responsible.

1
During Frieza Saga, why weren't the other Saiyans like Goku's father be revived with their wish?

13
Where did the Dog-people come from?
4
How did Goku and Vegeta alone end up on Earth?
2
How did Piccolo meet his bird partner?
5
Why did Vegeta never reach Super Saiyajin 3?
3
Why doesn't Trunks sense Cell when Cell uses Solar Flare just before absorbing android 18?
3
Why didn't Krillin and Gohan store the Dragon balls in a capsule?
3
Why couldn't Goku use the Nimbus to rescue the Ox King from the fire?
2
Why was the nudity not censored in Dragon Ball?
4
Why does master Roshi want the plane to stop before the second Tenkaichi tournament?
3
Time period between the use of dragon balls during Namek Saga