Which promised girl is Raku referring to?

Onodera, Chitoge, and Marika seem to own a key and all of them have a fuzzy memory of their childhood. I think Raku really met them all when he was young and made a promise to each, maybe, so that makes all the three promised girls. Of course, only one key can fit inside Raku's locket but it's not whose key can fit but the girl he made a promise to. So the point of the story is whether Raku chooses the "promised girl" or his present love? Or I think is should be which of the three promised girls is his true love? So the one Raku's referring to as the "promise girl" is which: the girl with the key to the locket or the girl whom he promised to love?

Sorry I think my question sounds a bit confusing but I hope you try to understand it.

As the manga has ended, we have a winner. And the promised girl is 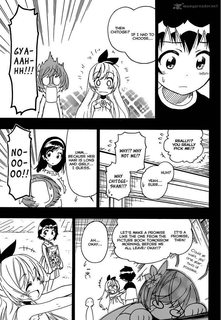 But wait, there is more 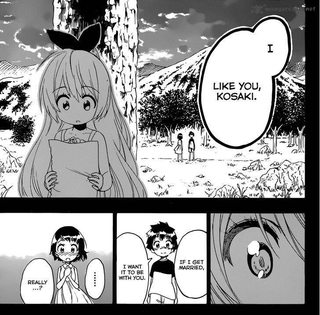 So Chitoge gave the key to Onodera 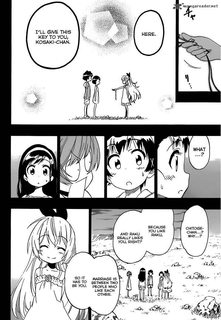 So, in the end, the promised girl is 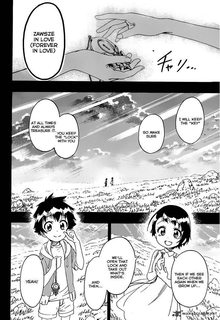 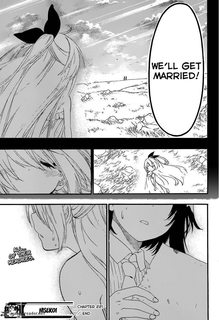 So to answer your question, the girl with the key to the locket is the girl whom he promised to love

Both definitions, the key holder and the promised girl are the same, whomever she is. Any of them, all of them or another girl. The manga is not yet finished, so another late entrant could claim to be it (Love Hina again-esque). If you take only the anime into account, then it is left wide open. Heck, his locket is in repairs as of the final episode. Who knows if the lock had to be changed.

Probably it will only be revealed in the end of the series (or the end of the manga, if the anime doesn't show any closure). It is the big plot mistery anyway. So getting to who is the promised girl at this point would be getting to the climax too soon.

Worth of note, he could well have made more than one promise.

I haven't got a chance to read the manga yet but I have finished watching the anime and if I remembered correctly, when Chitoge told raku about the promise she had made with a boy 10 years ago, she also said the phrase "forever in love" which in the pilot episode, that phrase was said by raku and the girl he made a promise with.

Spoiler! Do not read if you haven't gotten to Yui's arc yet!

I've read 163 chapters so far - since the manga's still on going and all, and I think that the keys all fit the lock, but not in the way that we think they do. My theory is that the keys are supposed to be inserted in a specific sequence. Remember when Yui said that the lock won't open the way it is? I think that she was referring to my theory. And if you'd refer to the storybook about the prince and the princess, it would make sense. The prince had some help with (allegedly) three other girls who each had keys that helped him with his journey in finding the princess. So if you'd compare it to my speculation, then the three other keys are just tools for the lock to reach the last key.

This is what I think the sequence is:

Idk what material Yui's key is made of, so I can't assume anything yet.

And the reason that I think Chitoge is the promised girl is because her key is made out of the same material as Raku's lock. Sure, the lock had silver etchings at the side, but its dominant material is gold.

AND TEAM CHITOGE! I'd love to state the reasons of bias but that's for another time.

Don't forget about Yui onee-chan. She is also one of the girls who made promise with Raku in their childhood, and she also has a key, just like Onodera, Marika and Chitoge. In the new chapter of Nisekoi manga, when Ryuu asks Raku which girl Raku actually loves for now, he says Onodera, but Ryuu doubts it and then Raku starts thinking about Chitoge. My point is that maybe Raku will choose Chitoge.

1
How much of an influence/reference/relation Love Hina and Shakespeare was to Nisekoi?