What happened to Captain Yamato by the end of Naruto story?

Well, the title is pretty much self-explanatory. What happened to him? Did he die from being used as a fertilizer for the white Zetsus? Or he's alive, like Mitarashi Anko is?

He survived. In 699 you see him emerge from the Infinite Tsukuyomi. Spiral zetsu is near him and tries to grab him again, but the zetsu quickly falls apart (presumably it died).

You don't see him anywhere in 700, though. So it's unknown if he lived to that point or what he did after the IT was dispelled.

zibadawa timmyzibadawa timmy
3,1821111 silver badges2020 bronze badges
add a comment  |
4
Want to improve this post? Provide detailed answers to this question, including citations and an explanation of why your answer is correct. Answers without enough detail may be edited or deleted. 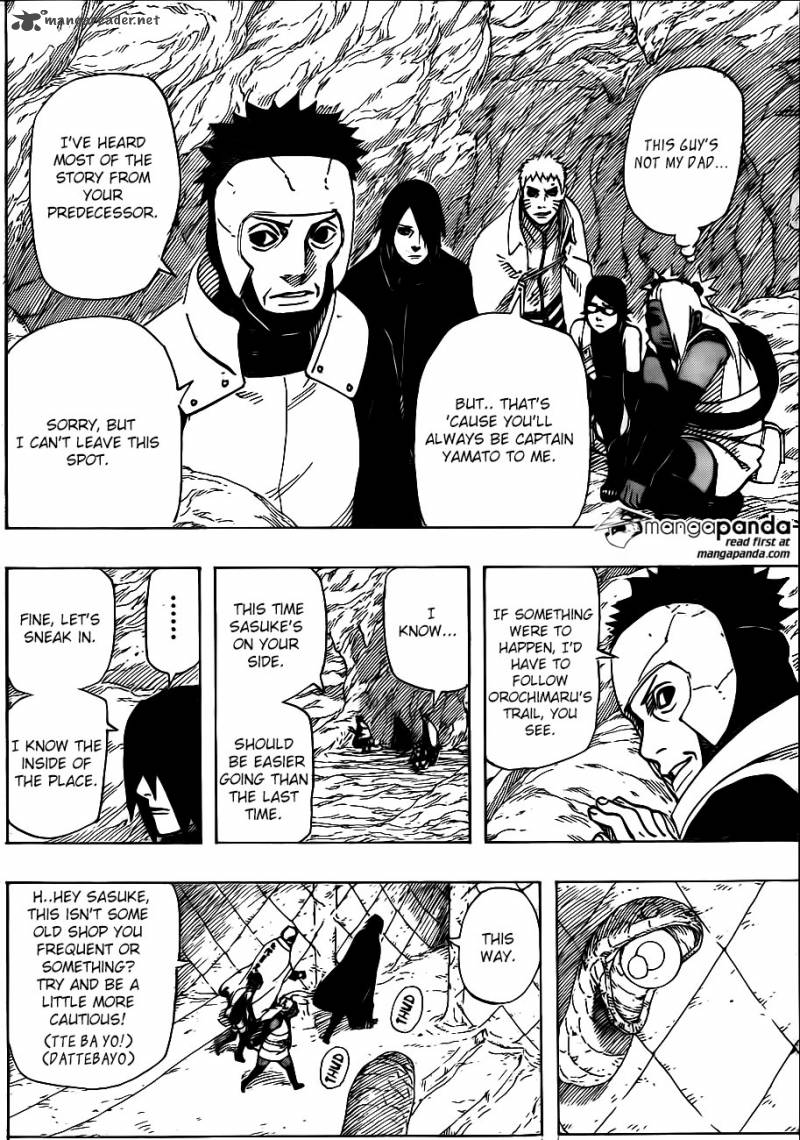 12
What is Hidan's Source of Power?
6
What technique did Minato use to separate the Kyuubi into two parts?
2
Why does the first Season of Naruto have different Openings at the same time?
2
What happened to Shishui Uchiha?
5
What was the moral of Sasuke and Orochimaru's arcs across the Naruto series? Was there any?
21
Did Naruto REALLY fall in love with Hinata in The Last: Naruto the Movie?
6
Why does Sakura's inner voice say “cha” at the end of her sentences?
1
Is it possible that Madara could have used the Izanagi after his “death”?