What is Idepon in Shirobako a reference to?

I think this might be a real life reference. Is there a real life counterpart to the Idepon series that is being talked about in shirobako?

It's a reference to an Anime of the early Real Robot genre called Space Runaway Ideon.

[...] At one time it was rated #10 among the greatest anime series as compiled by famous anime magazine Animage (counting popularity, influence, and opinion). On the other hand, the series has never been very popular, even among Japanese mecha fans.

Space Runaway Ideon is a predecessor-of-sorts to Hideaki Anno's Neon Genesis Evangelion and deals with many of the same issues.

[...] Space Runaway Ideon shares a number of similarities to Tomino's Mobile Suit Gundam series. As well as similar initial fates for both series (cancellation followed by films – though Ideon never became a long-running franchise as Gundam did), there are several broad similarities in the make-up of the characters and some reused plot devices. [...] 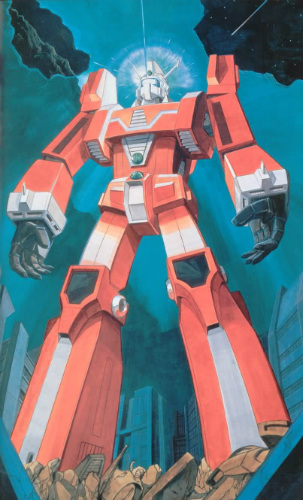 LiveWireBTLiveWireBT
82111 gold badge88 silver badges1818 bronze badges
Add a comment  |
-1
Want to improve this post? Provide detailed answers to this question, including citations and an explanation of why your answer is correct. Answers without enough detail may be edited or deleted.

It's a reference to Space Runaway Ideon.

if anything, it reminds me of "captain earth" that came out during the summer. in that there was infinite energy and the strength of hope as well and other similarities but obviusly the name is way off

Not the answer you're looking for? Browse other questions tagged shirobako or ask your own question.

9
What does "shirobako" mean in terms of the anime?
4
What changes were made to Shirobako episode 6?
7
What are the real life counterparts of the anime studios mentioned in episode 12 of Shirobako?
11
Are there real life counterparts to the characters in the anime?
6
Is there an 'angel dance' outside of the Shirobako anime?
9
Who are the characters on the girls' planes in Shirobako?
14
Are anime still submitted to broadcasters in tape form?