Why is Parasyte spelled with a y in the title?

It is my understanding that the word parasite is spelled with an i and not a y. However, the title of the anime and manga, when translated into English, uses a y in the spelling.
However, this only seems to apply to the title, since the species is referred to as "parasites" (at least throughout the wikipedia article) and Uda Mamoru calls his parasite as Parasite in episode 7: 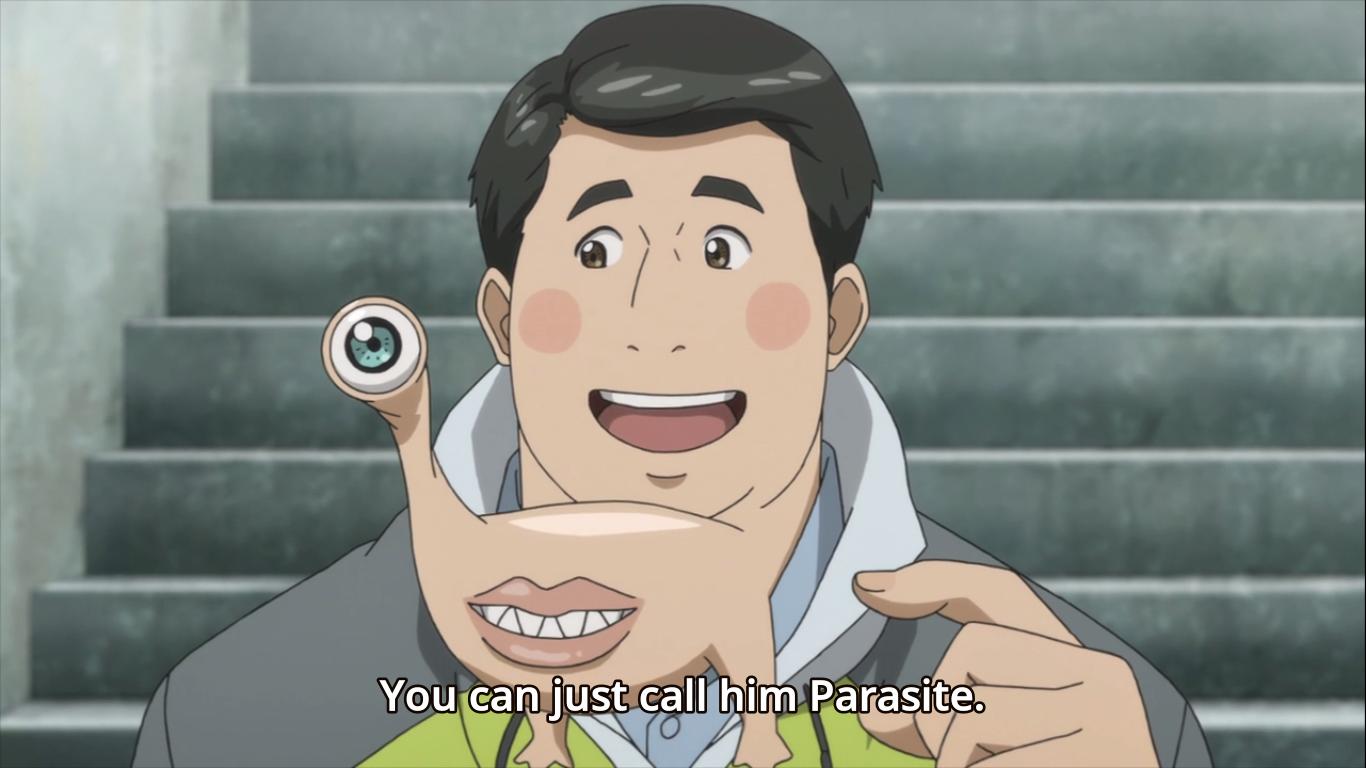 Is there a reason for this misspelling?
Or is there maybe a difference between "parasyte" and "parasite"?

According to Wikipedia user Doceirias who translated the Del Rey version of the manga:

Essentially, the word kiseiju1 is consistently translated as Parasyte, while the word kiseichu2 is translated literally as parasite. The creatures themselves are referred to either as kiseichu or parasaito. The word kiseiju only appears one time (if memory serves) and is used to refer to human beings. I decided the distinction was an important one, and that the word Parasyte actually referred to mankind.

As with writing byte instead of bite, Parasyte is a deliberate respelling of parasite for distinction purposes.

I believe it is intentional.
Because there's no "Kiseijuu" word in Japanese.
I mean the Japanese original title, "Kiseijuu," itself is a coined word; parasitized + beast.

Here, "Juu" means animals especially something dangerous or beasts, and "Chu" is bugs. I think this is why "Parasite" won't suit for English title.

And the below is a spoiler for this topic.

In this series, the word "Kiseijuu" will be used or appeared only once. And that is not refer the parasitic monsters like Migi, Tamiya, Shimada, etc.
One of the key person in this series says "Human-being is the "Kiseijuu (parasyte)" who destroy the Earth!"

Actually the likely reason it's titled as Parasyte with a Y instead of an I is likely a play on words having to do with a physiological reference to the blood brain barrier (which protects the brain against toxins/pathogens). There are cells called "pericytes" that regulate blood flow through capillaries. So the name Parasyte is likely a clever combination (and way to avoid copyright issues) of the parasite taking over the host in the anime and pericytes that help with brain function. I should note I'm a med student so this came to me while I was doing an assignment lol I'm sure other people have thought of this too though.

Last i checked it was extra little bit of protection against copy-right claims as part of the localization, that turned out to not be required, but was kept anyway.

Not the answer you're looking for? Browse other questions tagged parasyte or ask your own question.

7
What is the title of the song that plays during the next episode(18) previews of Parasyte -the maxim-?
4
What substance Tachikawa Yuko used on the Shimada Hideo's parasyte in the art club?
8
Parasyte anime 20 years after the manga finished - Why?
4
Biologically speaking, is it true that there are no parasites in Parasyte?
1
Song played on “Parasyte The Maxim” Episode 6 at time 16min30s
4
Parasyte: the Maxim OST episode 13
1
Song played at the end of episode 20 of Parasyte
7
Why is “-the Maxim-” in the title?
2
What song played right after the OP of Parasyte Episode 10?
2
Does the Parasyte story and/or manga continue after the anime?