What is the name of a Cartoon Network anime whose second season plot was based on time travel? [closed]

My best guess is that the anime aired on Cartoon Network sometime between 2004 and 2008, for at least one and probably no more than two seasons. I don't remember many details other than that it was a kind of action-adventure anime with several warrior characters trying to save the world from some evil. What was memorable about it was that they failed at the end of the first season and the world was destroyed. But the second season made clear the heroes through some magic had escaped into a parallel universe at an earlier point in the timeline, wherein they succeeded. It was unusual because most shows don't go into such depth about how time travel would probably work by sending you to a parallel world instead of your own timeline.

It is indeed Xiaolin Showdown. 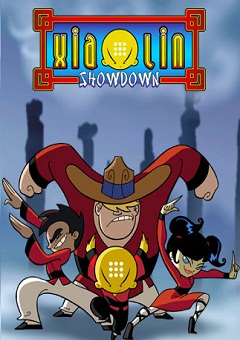 It was broadcast between 2003 and 2006 consisting of 3 season. Each character was master of an element:

It's actually an American production, but set in Asia. They protect the Shen Gong Wu from the evils that desire the treasure.

The first season ends with their failure and they need to travel back in time and create an alternate future resulting in their success. This is what the second season mostly deals with. In the third and final season the warriors travel to the Ying-Yang world to retrieve Omi's good chi.

Toshinou KyoukoToshinou Kyouko
33k2222 gold badges133133 silver badges275275 bronze badges
add a comment  |
-1
votes
Want to improve this post? Provide detailed answers to this question, including citations and an explanation of why your answer is correct. Answers without enough detail may be edited or deleted.

It seems this http://en.wikipedia.org/wiki/Xiaolin_Showdown. Although it's 3 seasons long.