Where is this Shingeki no Kyojin light novel in the series' timeline?

According to Wikipedia there are three light novel volumes titled Before the Fall, which are prologues to the anime/manga storyline. I saw another light novel titled Harsh Mistress of the City which comes right after them.

Does that novel tell the story from where the anime and the manga is starting?

The spin-off light novel Attack on Titan: Queen of the Isolated City, subtitled The Harsh Mistress of the City, is set in the year of 845, a few days after the appearance of the Colossal Titan in the main series [source]. After the breach of Wall Maria, Titans appeared in the Quinta District and chaos ensued in this isolated city. So far, only the first volume has been released, on August 1, 2014. There is a legal free sample in Japanese. 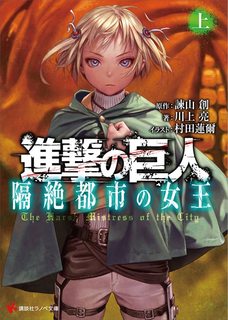 Two volumes in total were planned for this spin-off. The info was given on a flier included in Volume 12 of the main series. 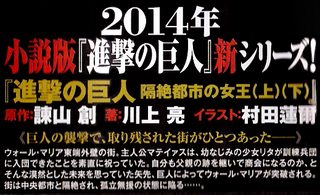 The manga & anime starts with the fall of wall Maria's southern district (manga chapter 1 & 2).
The story in the novel starts with Wall Maria being pierced Reference here.
The manga stated that it has been a hundred years of peace within the walls (again chapter 1).
Meaning that the wall has never been breached before.
So this means that the start of the story on the novel is around the time the manga is.