How does Obito have two Sharingans if Madara took one?

If Madara took Obito's left eye, how come he has both Sharingans? (Chapter 683, page 15) Did Obito replace the one he lost with Kakashi's Sharingan, like a trade?

TL;DR:
Because Madara gave him the Sharingan he had taken from Kakashi back when he took the Rinnegan Obito had in his left eye socket. 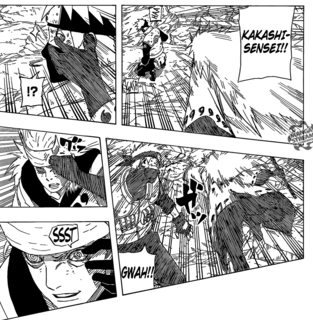 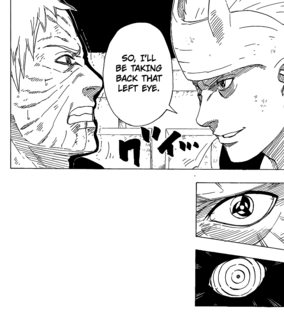 In that same chapter, he lets Black Zetsu take control of Obito's left side. In chapter 676, page 2, we see that Obito now has both of his Sharingan, though he is not in control of his body: 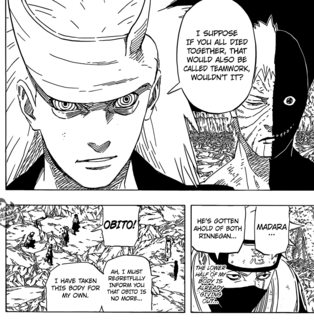 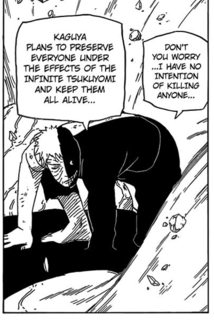 Leaving him finally in control of both of his Sharingan when Naruto revives him and he regains consciousness in chapter 683, page 6: 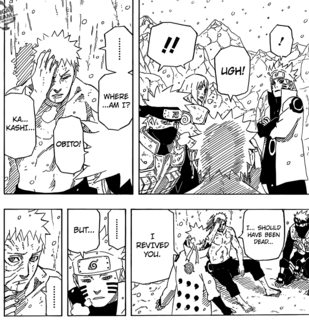 Obito had his Right eye Kamui Sharingan and Madaras Rinnegan in his left socket. Madara snatched Kakashis Kamui Sharingan and used it to enter Kamui Dimension and retrieve his Rinnegan. He was successful and Black Zetsu possessed Obitos right body half, which was eyeless until Madara popped Kakashis Sharingan in. Obito got both his eyes back in that moment, but B Zetsu was using the Obitos right half and used Kakashis eye to get himself and Madara out of the dimension.. It was mentioned, but it was easyly possible to miss.. I thought for quite a while that Obito didn't have both of his eyes until it was cleared up to me, that the Obitos right eye was never touched by madara.. thus giving him both eyes. Why did Madara pop Kakashis Kamui eye back? I don't know... Lets just say for plot, because he could have just crushed it. I'd assume he didn't consider Obito a threat anymore and wanted the MS Sharingan as backup for whatever reason.. It really caused a stir here when those chapters came around

The "unmentioned" situation you're looking for spans from chapter 674 to 676.

This is the answer given by that person, you can refer to his post here. http://forums.mangafox.me/threads/511150-How-did-Obito-get-his-left-eye-back

5
Do both Kamui Sharingans share one dimension?
13
How exactly did Obito escape from Itachi's Amaterasu?
4
How exactly were Madara and Obito able to control Kurama?
3
How did Naruto restore Kakashi's left eye?
10
How can Obito use his Mangekyo so often?
1
After Madara stole Kakashi's sharingan, was it not possible for Naruto to take Obito's left eye and give it to Kakashi?
1
If Nagato has both of Madara's Rinnegan, how did Madara still have one Sharingan when he met Obito for the first time?
2
Would Kakashi go blind if Obito overused his sharingan?
0
Can a sharingan be regenerated?