Why did Nibutani Shinka changed her hair color?

Why did Nibutani Shinka returned her hair color to light brown after dyeing it black in the first episode of Chu2byou! Ren (2nd season of Chu2byou anime)? Was it explained anywhere?

It wasn't mentioned anywhere in the anime, I think. I just chalked that up to "trying to live a normal life, devoid of delusions and thus avoiding encounters with other Chuuni practitioners" by changing her image, like creating a new self - so to say. In addition to that she also arranged her hair in a more lady-like manner, adapted a long skirt and changed her normal black socks to white (gasp!), truly sporting an image change. 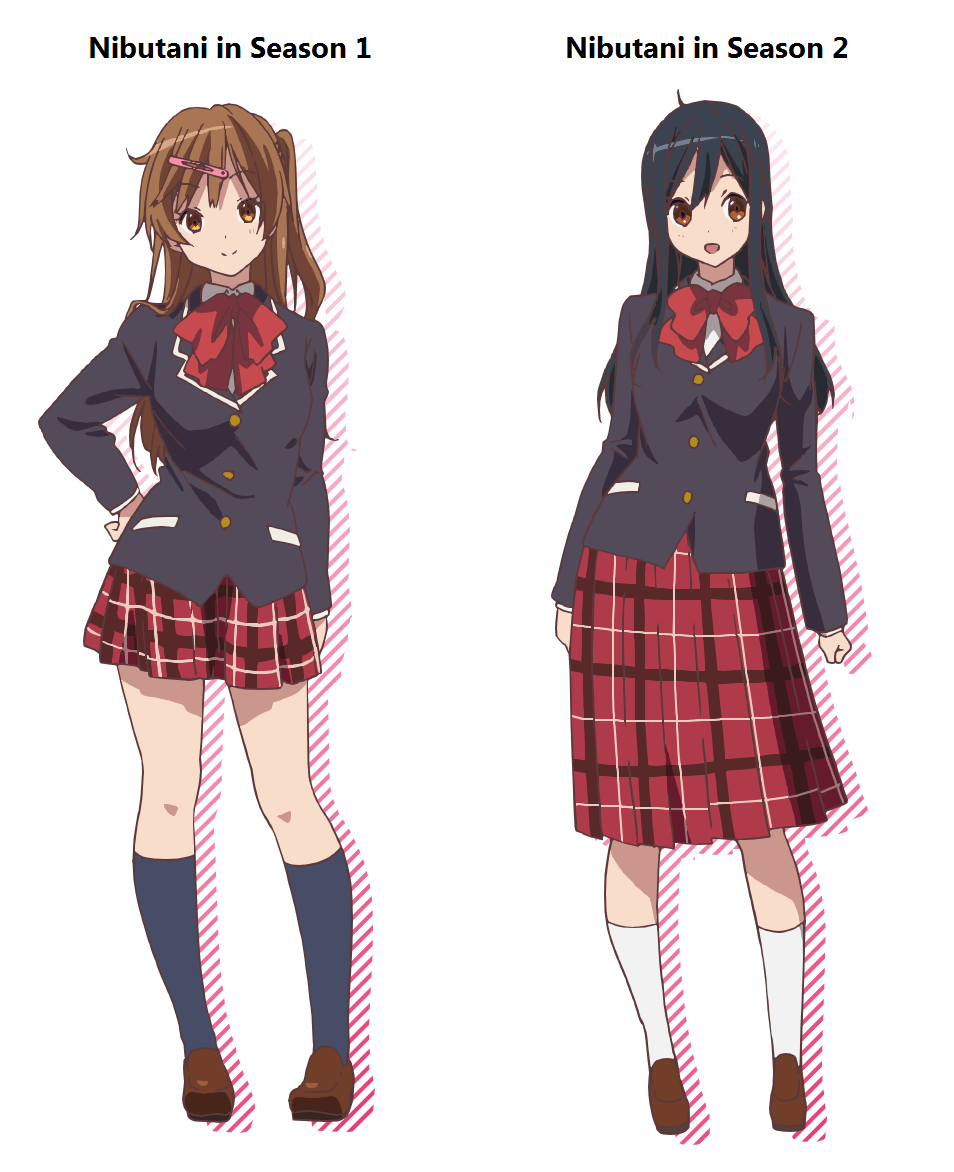 It sounds superstitious of Shinka and if you ask me, it was still actually a bit of a Chuuni thing, what she did. And it turns out I was mostly right, it says in the Wikia that:

In the second season, Chuunibyou demo Koi ga Shitai! Ren, first episode, Shinka dyes her hair black as she doesn't want to be recognized by other students.

EDIT: Sorry about that, I didn't what I was writing. It wasn't explained in the anime, as far as I can recall (maybe in the LN, but they're stories are too different anyway). Again this is pure speculation in my part, but I guess after realizing her futile attempt at it and the fact that she's already attached to the other characters in one way or the other, she just changed it back.

7
Why are the translations of 邪王真眼 (jaou shingan) so divergent?
5
Who is Saigo-san?
2
Why would Mori Summer use the same incantation as Tyrant Eye?