What is intended by a spiral on a character's finger and what is the origin of this trope?

I am sure many of you have come across this trope in some anime/manga, where a character gives a thumbs up with an imprinted spiral. 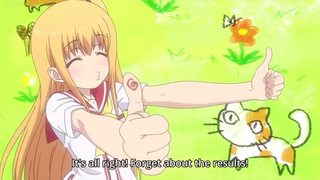 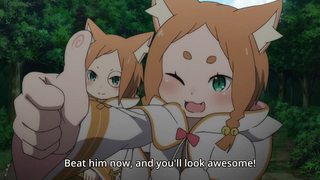 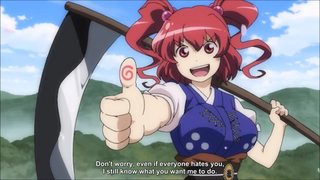 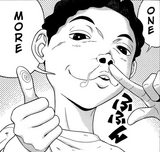 The spiral is probably a simplified hanamaru: 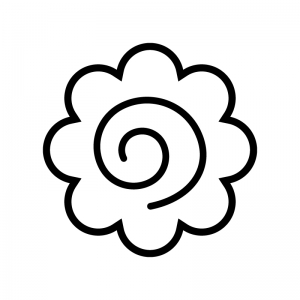 which basically has the same meaning as a thumbs up, or "good job".

The focus of this question, however, is on the spiral that appears on the index finger. 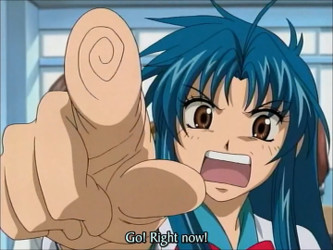 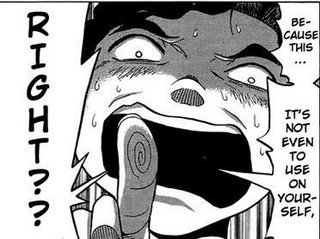 In the two examples shown above, the characters were obviously not showing approval, so the idea of the spiral being a simplified hanamaru is out.

Someone has asked the same question here:

Spirals. Just spirals. Apparently there are "spirals of depression" and "spirals of happiness?" I think I heard the depression spirals are meant to represent "sad spirits/ghosts" or something like that? But if the character has spirals on her cheeks, she's happy. If there's a spiral on her finger when she points at you, she's being triumphant or prideful. Can anyone clear this up? :3

Is there any source to that statement in bold?

My question is: what is the intended effect of the spiral on a character's index finger, and where did this trope or art style originate from?

As mentioned before, it's a fingerprint.

Usually the spiral only appears when the character's finger/thumb is close to the screen. The reason for this is simply to add detail to something which is taking up a lot of the screen. Look at the image without the spiral: 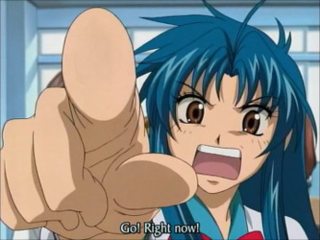 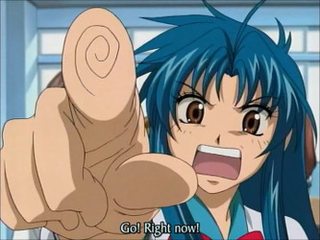 Because the finger takes up a lot of the screen it's harder to focus on when it's all the same colour. The inclusion of the fingerprint helps break up that space - even if it is a basic design.

The reason it's a spiral is for simplicity's sake. Fingerprints are very intricate and are more trouble that it's worth, unless perhaps the entire animation is ridiculously detailed - otherwise you would get a sharp jarring contrast between the foreground and background: 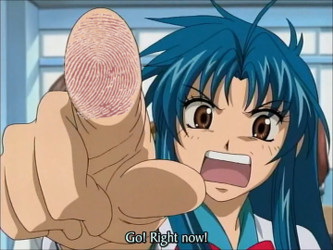 Obviously, this is exaggerated, but I imagine half-hearted attempts would also look out of place.

If there's a spiral on her finger when she points at you, she's being triumphant or prideful.

I don't think there's any real evidence to suggest this. This design is used in many situations, often when a character is angry.

TL;DR - It's to break up the area on the finger without going into much detail