Is there some source as to what Taiga did during the skipped year in the last episode of Toradora?

Taiga goes elsewhere for more than a whole year, entirely skipped in the anime narrative. What the hell was she doing, achieved or solved?

As a clue, the ep. 25 aftercredits preview has her in the voiceover saying she will now Show Ryuji her way of doing things.

Probably it is too pathetic to assume that her way is just running away for 300+ days just to blow steam.

Anywhere to shed light on the matter?

I found a perfect answer to this question on Reddit (edited to make it a bit more presentable):

It's for two reasons I know of:

It is never explicitly mentioned in the Light Novel or the anime as to what exactly she did during this time period. However, her note to Ryuuji: 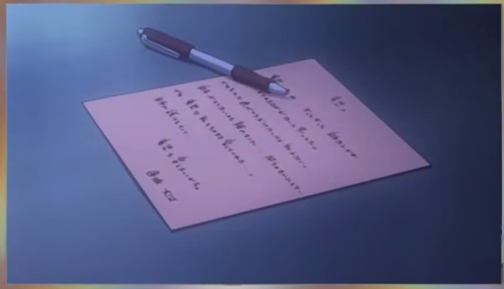 As translated in this answer reads:

Ryuuji, I... always thought that there was no way anybody would ever love me. But maybe I was just running away [from my problems?]. I blamed my lack of confidence on my parents... on my situation. But even so, you loved me the way I was. I'll be proud of myself...

Because I want to love you, Ryuuji.

Which does imply that she went to spend time with her family to change herself and become a self-dependent person as stated on Reddit.

The original canon Light Novel on which the anime is supposedly based on tells that Ryuuji let Taiga go so that she could be with her mom, and her new father and her brother. Taiga drops out from school and transfers to a new school. Initially all their friends are extremely angry on Ryuuji, about how he could let her go and not stop her, but they then accept his and her feelings.

Though, unlike the anime, Taiga returns back the next school year(Third Year of High School) in the LN

Not the answer you're looking for? Browse other questions tagged toradora or ask your own question.

5
What does the pink note left by Taiga say?
5
Does the Toradora Anime end at the same point as the Manga/Light Novel?

3
What did the Sailor Moon reference mean?
5
What does the pink note left by Taiga say?
3
What is the name of the violin song during the first and last episode?