A lot of shows nowadays are significantly censored or badly drawn for TV release. When the home media versions come out, they are uncensored and in some cases redrawn in certain areas. 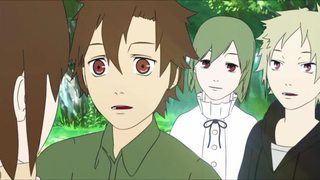 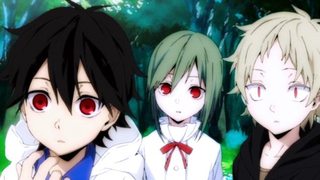 Part of this is of course the rush to release, but when the BluRays / DVDs come out, these are some of the main selling points of the shows in order to engage previous viewers.

Is this something unique to anime and its market? I haven't seen anything like it in Western media

You are correct that it is about a rush of timing during the initial broadcast of the series. The Sailor Moon Crystal Failures website is maintaining a log of Toei's initial run screenshots with their Blu-Ray revisions. Toei was running behind from the beginning (it originally announced that Sailor Moon Crystal would start in summer of 2013, but the release date was pushed back twice: to early 2014, and then it finally did start "airing" in July of 2014).

In the past, anime was made with hand-painted cels, so of course the production companies were careful to paint each one the way they wanted it the first time. Nowadays, most anime is made with CG, so the idea of getting something rough out by the deadline and then going back and tweaking it later has only quite recently emerged (another production change is that anime is now largely not animated by Japanese animators within Japan; it is often animated by Koreans in South Korea. Another is that anime is less profitable within Japan than it used to be, so cutting corners more visibly in order to cut down costs was not previously common). Sailor Moon Crystal was not considered profitable enough for TV broadcast (indeed its viewer numbers have sharply crashed [a drop of 70%] from the number of viewers of the first episode). This could be another factor in Toei's decision to decrease the artwork quality for subsequent episodes of the initial run and thereby give themselves more time to touch it up afterward.

I agree with you that this is not a common practice in Western media. American cartoon viewers are very particular about the quality. My friend who is a key-frames animator for The Simpsons told me that there is one animator whose entire job is just to animate the mouth movements, because if the mouth movement does not perfectly match the voice actor's words, the fans generally feel that they cannot suspend disbelief. In contrast, anime in Japanese does not always bother to record the voice actors' voices first before animating, since Japanese fans do not care much whether the mouth movements exactly match. English dubs of anime can sound strange precisely because the script translator, instead of choosing the most natural-sounding English translation for the original sentence, often chooses what he/she thinks the American voice actor can say that will match the animated mouth movements. The dub voice actors then try to make their syllables match as closely as possible, even to the point of the sentence sounding unnatural in English. The reason is that American viewers are used to watching mouth movements like in The Simpsons and Disney films which are perfectly aligned. Along these lines, if a Western company released a cartoon that was not high-quality at first, it would be very ill-received and ill-reviewed, the show could be abruptly cancelled, and they wouldn't be able to make as much money.

9
Why is Dragon Ball Super's animation quality so terrible?
8
Why is anime limited in animation?
9
Why is Sailor Moon (2014) not airing on TV?

16
What are the steps involved in producing an anime?
13
Has Japan stopped producing anime based on western stories?
17
Why is there consistent seasonal variability in the quality of anime?
10
What are the reasons for producing short-form anime?
6
Why does Madhouse produce anime with consistently high-quality animation?
6
How does Dragon Ball Super's anime release before the manga?
11
Fake anime or manga release as an April Fools Prank?
6
How long does the producing of long run anime take?