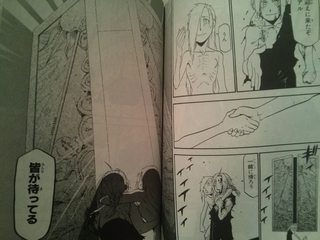 6
Why is Ed able to exchange his knowledge?
0
Shouldn't Edward Elric still be able to perform alchemy?

8
How come Alphonse can do alchemy in Fullmetal Alchemist: Brotherhood?
6
Does the world on the other side of the gate exist for alchemy to exist?
9
Why isn't Lust covering up her tattoo?
9
Why does Ed not pursue the origin of the fake Philosopher's stone used by Cornello?
8
Why can't Edward get back his power to do alchemy?
6
Why is Ed able to exchange his knowledge?
3
Was body rejection even a possibility?
4
Why is Al's armor so big?
2
Philosophical meaning on how Ed beat/defeats Truth?
2
Full-metal Alchemist Brotherhood: Why didn't Edward use other better alternative over sacrificing his alchemy to get his brother back?