What kind of sword did Assassin use?

I'm on episode 7 of Fate/Stay Night Unlimited Blade Works, where Assassin has shown up. From what I have read, his sword is a long katana, but it doesn't have a tsuba (hand guard). As far as I know about katana, they can have shirasaya (mountings without tsuba), but they weren't used for battle. Was the sword just a katana that they didn't bother to put a tsuba on for stylistic reasons, or was it actually a different kind of sword? 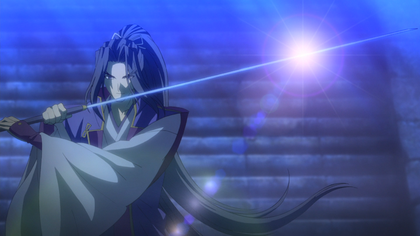 An exact solution is not traceable... The closest katana is a Nodachi (大太刀) without a Tsuba 鍔 (Handguard) and with a blue/light yellow decorated Tsuka 柄 (Hilt). 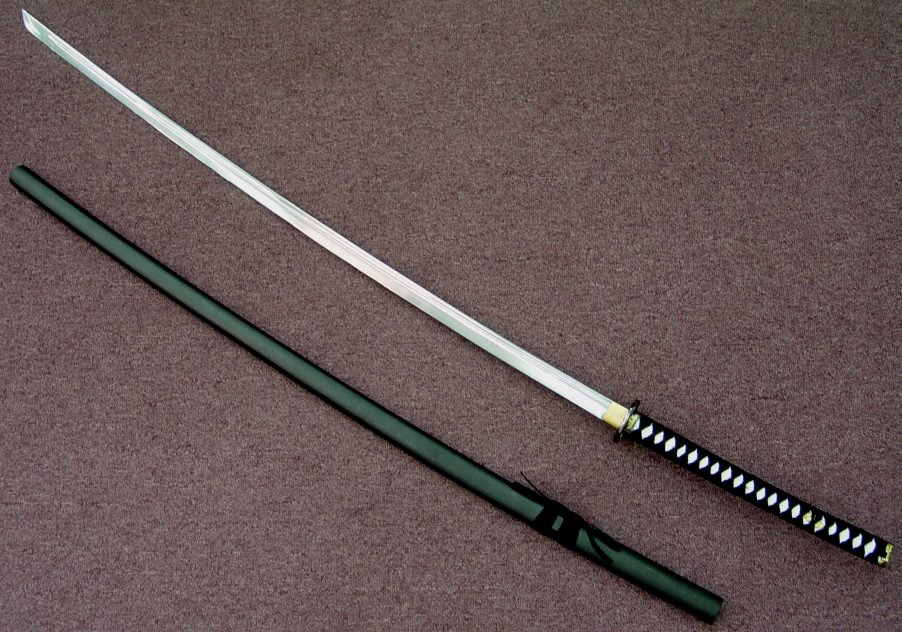 Image from Sakura no kuni.

As you mentioned in your question it could also be a shirasaya 白鞘.

A Shirasaya actually contains two plain wooden parts. The Saya さや (Scabbard) and the Tsuka. These parts are used to store a katana blade and prevent it from corroding.

The Shirasaya Tsuka is actually not made to be used in combat because of the missing Tsuba 鍔 (Hand guard). I also do not think that a storage tsuba is fixed strong enough to the blade to use it for fighting. 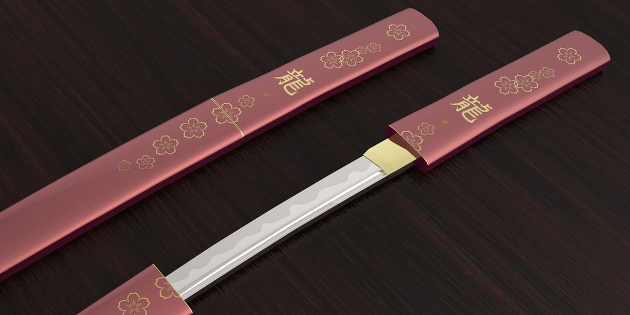 Furthermore there is also a Shikomizue 仕込み杖 that general also do not have a tsuba.

A Shikomizue is actually a sword hidden in a stick. Propose of such a stick is to hide the sword from the public because it was not allowed to openly carry a sword.

In addition they are mostly decorated because it should look nice and unobtrusively like the tsuka of Monohoshizao.

Anyway it is rather be a Nodachi because of length and it is also slightly curved. Just without a hand guard.