Why is Kyoko not present in Madoka Magica's official artwork?

Is there a reason that Kyoko is not pictured in some of the series' more prominent artwork? As part of the story's main set of magical girls, and a character important to the plot, I would expect her to be featured with the rest of the quintet. I consider this piece 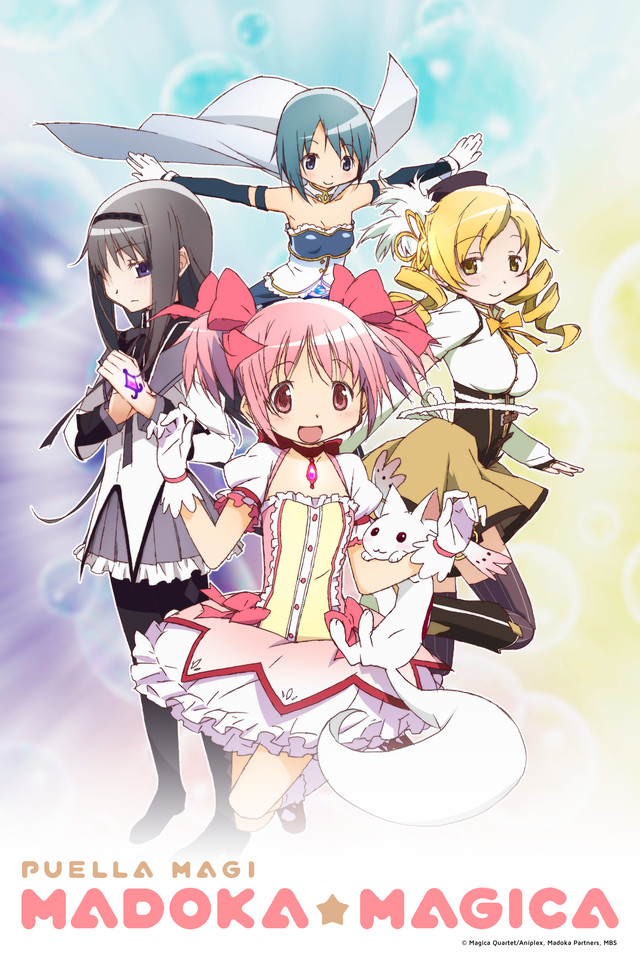 to be the anime's "official" artwork, so (barring whether or not that is a valid assumption on my part) why is a character as important as Kyoko not featured in it?

The image above was used for Netflix1 in the past and is currently used in Crunchyroll's listing as well. The current (Dec 13 2014) image used by Netflix is apparently a different one but nonetheless still does not feature Kyoko.

Another instance of this "phenomenon" can be seen in the first volume of the manga: 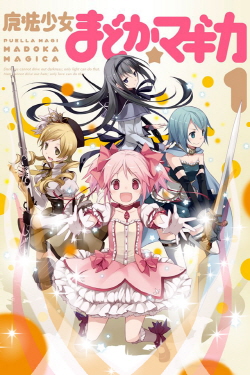 though an easy explanation for this one could be that

Kyoko doesn't appear until the very end of the first volume, and/so her character is not significant to the first part whatsoever.

So my question is this:

Why doesn't Kyoko appear in the anime's more iconic or official artwork, or are my assumption(s) about the artwork incorrect?

1This is the image I remember being used when I saw it on Netflix a while back, but I'm not sure if it's been updated/changed since, because I don't use the service anymore.

There are many other official artwork for the series. That is the cover of the DVD box set and like you said, the other image where Kyoko is not included is the cover for the first volume of the manga. 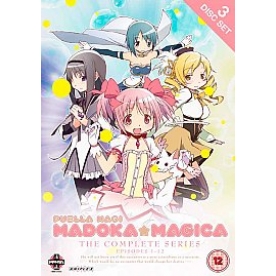 This is probably also the reason why Netflix used that artwork as its listing.

I think iconic is subjective in this case. Someone more familiar with the movies will think differently, as you'll see later, but there are a lot of other official artwork where only two magical girls are featured at a time: 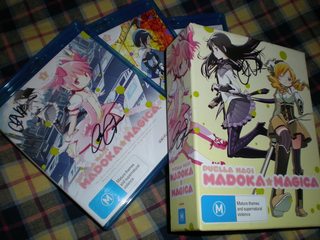 Finally, the artwork for the disc for the first movie, as well as the movie posters, includes all of the magical girls: 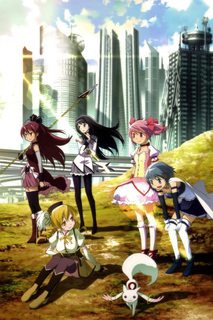 In the first movie all of the five characters are introduced and played significant roles. So this theory is not that far-fetched.

6
Why exactly does Kyoko attempt to save Sayaka?
7
Why is there no official character song for Homura and Mami?
3
Why does Kyoko come to the city in Madoka Magica?
3
Why were Sayaka and Kyoko fighting in the beginning, and what caused them to eventually end up as friends?
5
How is Madoka not a god anymore at the end of Rebellion?
18
How to explain to my 10 year old niece that Puella Magi Madoka Magica is not a kids show?
5
What if someone wishes to not become a magical girl in Madoka Magica?